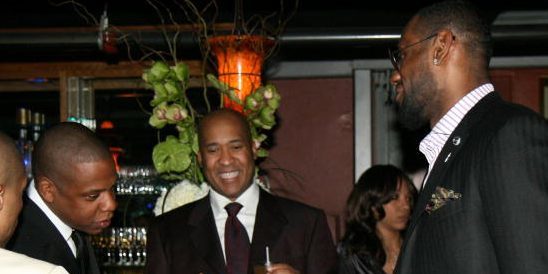 The New York Knicks are bringing William Wesley into the fold in an official role after all.

Wesley is a well-known power broke in the the NBA world and has a longstanding relationship with Rose. Wesley was originally slated to join the front office with Rose back in March but did not officially join at the time.

Wesley’s strength are his contacts. He has been a consultant in the coaching division of CAA for 13 years and is noticeably close with University of Kentucky head basketball coach John Calipari. The type of connections Wesley can offer the Knicks—who reportedly have a perception problem—can reopen the door for high profile players, and coaches, to consider the Knicks a viable destination.

“[Wesley] is one of the most well-connected and respected people in the basketball community,” Rose said in a statement released by the Knicks. “[H]e will be a tremendous asset and resource to both myself and the New York Knicks.”

“My long history with and respect for Jim Dolan and Leon Rose, as well as the chance to be part of the New York Knicks made this an opportunity I wanted to pursue,” Knicks Executive Vice President — Senior Basketball Advisor William Wesley said. “I look forward to joining the current staff and moving the organization toward a successful future.”

The Knicks still have to hire a new head coach, with interviews ongoing and a decision expected to be made in July. Some candidates include former Bulls and Timberwolves coach Tom Thibodeau, ex-Nets coach Kenny Atkinson, both of whom are CAA-repped, and current interim head coach Mike Miller.

Rose, who hasn’t spoken publicly since his early-March hire, will speak for the first time via MSG Network this evening, per the New York Post‘s Marc Berman.

Leon Rose will make his first public remarks as Knicks president not in a press conference but an MSG Network interview with Mike Breen tonight.