Next Steps for Obi Toppin and the Knicks 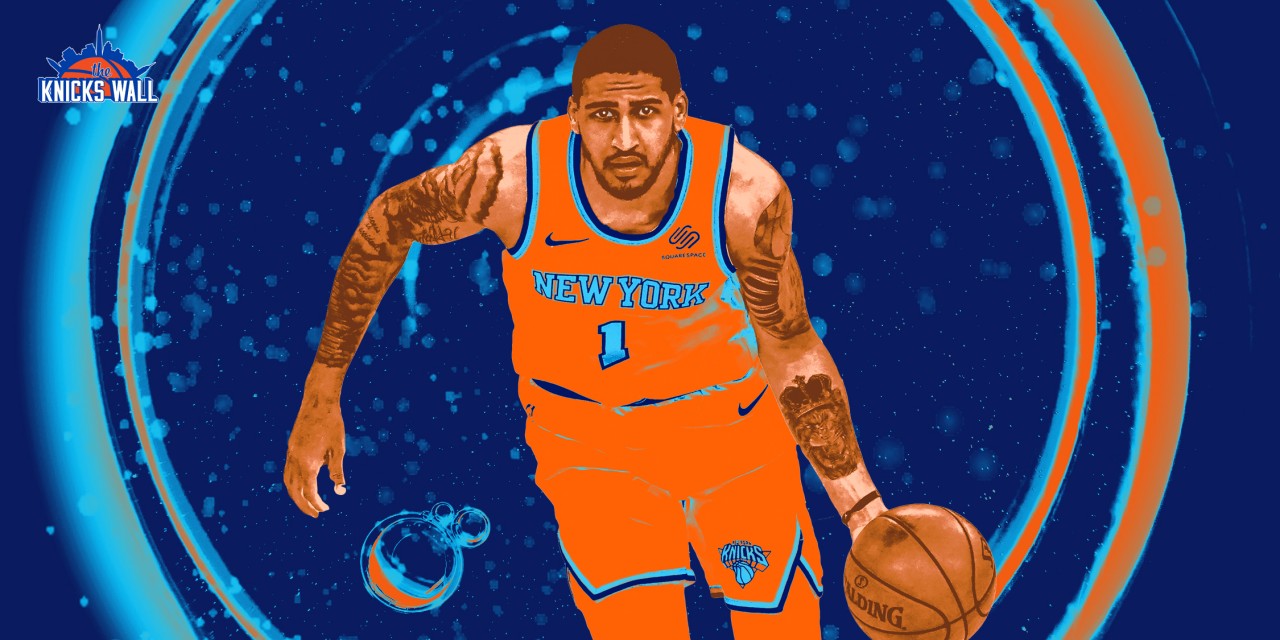 After a season that saw him earn more and more playing time late in the season, what’s next for Obi Toppin and how should the Knicks use him?

With the playoffs over for the New York Knicks, the fanbase turns its attention to the draft and free agency. New York will have to assess its plans for the first two players drafted during the Leon Rose Era. For much of the 2020–21 campaign, fans lauded the play of Immanuel Quickley and even joked that he, not Obi Toppin, had been the Knicks’ lottery pick. To the surprise and outright joy of many, Toppin flashed his potential as the regular season came to a close; his playoff performance went a step further, as he was a useful and exciting player in the Knicks’ first-round series loss to the Atlanta Hawks.

Let’s discuss the next steps for Obi, as the expansion of his role has a rather clear impact on the Knicks’ plans in free agency.

Toppin, 23, averaged exactly 11.0 minutes per game in the regular season to Julius Randle’s 37.6, indicative of Tom Thibodeau’s usage of the rookie strictly as a backup power forward. His minutes saw a modest increase to 13.1 in the playoffs, as he and Randle were paired with the team trailing by 23 and in desperate need of offense in Game 4. Toppin averaged 6.4 points and 2.6 rebounds in those minutes, shooting 52.2% from the field, 33.3% from three, and 83.3% from the free throw line. More importantly, he played with increased confidence and decisiveness than he had shown for most of the year; by a wide margin.

Unfortunately, this was in contrast with the play of Randle, who was noticeably flustered by the Hawks’ increased defensive attention and constant double teams. Randle could benefit from playing next to Toppin next season. Nerlens Noel, despite his valiant defensive performance filling in for the injured Robinson, was mostly inept offensively and negatively impacted the spacing with which Randle had to operate. Add a compromised ankle to the equation for Noel and fans were clamoring for Randle and Obi minutes against the formidable Hawks.

While Thibodeau showed great reluctance to go to such a pairing, doing so next season is the only way that Toppin will see an increased role (unless he were to play at the 3 in some sort of cruel ode to David Fizdale’s tenure.) Despite a season worthy of the All-Defensive buzz Noel received, he should be allowed to walk to a team more in need of his skill set. Mitchell Robinson is the Knicks’ elite rim-protecting center and Toppin needs more playing time.

Should Randle (conservatively) play 34 minutes per game, and Robinson 30, there would be 32 total minutes (14 at power forward and 18 at center) to be filled between the backup frontcourt positions. Toppin should be seeing at least 22-24 of those minutes if the Knicks are serious about evaluating what they have in him. Whether he or Randle is the 5 when they share the court likely depends on defensive assignments; I’d propose the balance of minutes go to Taj Gibson or another defensive-minded center playing spot minutes.

The Knicks should not prioritize adding frontcourt depth. Randle, Robinson, and Toppin would appear the foundation of an exciting and effective young frontcourt. Adding a point guard who can unlock Toppin (and Randle, and Robinson) as a roll man would do wonders for the Knicks underwhelming offense, which ranked 22nd in Offensive Rating and often relied solely on Randle to create shots for others. Derrick Rose, who closed the year at a high level, seems a decent bet to be retained. Argentinian point guard Luca Vildoza looms as an intriguing possibility in that regard.

The late-season acquisition of Vildoza should not be overlooked; fans who have typed the phrase “Luca Vildoza highlights” into YouTube will have likely observed that his prowess as a pick-and-roll ball-handler exceeds what the Knicks had on the roster last season. Still, Rose will need his minutes limited in the regular season and the 25-year-old Vildoza is not a lock to make the roster.

The Knicks will surely explore free-agent options, one of which is certain to be restricted free agent Lonzo Ball. Leon Rose gauged the market on Ball and opted not to seriously pursue a trade at the deadline, though the Knicks certainly have the capacity to sign Ball to an offer sheet that the Pelicans may not be willing to match. Lonzo’s fit is worth seriously analyzing for the Knicks front office. Yes, the Knicks are in dire need of fast-break offense and Ball’s prowess in that regard would be beneficial to Toppin, who runs the floor admirably and is typically only rewarded for doing so by Derrick Rose.

The former second-overall draft pick is also an impactful defender with tools to continue improving and would give Thibodeau another real weapon to deploy on that end. His struggles are troublesome in the halfcourt offense; he is not known as an effective pick-and-roll ball-handler, and would likely be reduced to another spot-up option for Julius Randle in Thibodeau’s offense. Ball is reportedly in search of increased touches and likely would not sign an offer sheet if the plan were to use him in such a way.

Then there are the rumors per Eric Pincus of Bleacher Report that Chris Paul may opt out of the final year of his contract, declining the $44.4 million he would stand to make next season in favor of a new deal in the range of three years and $100 million. The obvious ties to his former agent Leon Rose, as well as the Knicks’ newfound competence, would make a Paul pursuit worth exploring. Paul has a proven track record of creating easy opportunities for bouncy bigs, most notably Blake Griffin and DeAndre Jordan during his time with the Clippers. In the years since his tenure in Los Angeles, Clint Capela and Deandre Ayton have also benefited from Paul’s elite passing ability.

Worth noting are other veteran point guards who possess the traditional point-guard skills that could make the game easier on Toppin, such as Mike Conley Jr. and Kyle Lowry. Spencer Dinwiddie, who thrived as a lead ball-handler before the arrival of Kyrie Irving in Brooklyn, may be another intriguing option for a team led by Tom Thibodeau, who is known to prefer lead guards with size.

Possible Wing Options in the Draft and free agency

Unleashing the Toppin-Randle pairing will also require 3-and-D wings, as neither is a traditional rim protector. The Knicks pick 19th, 21st, 32nd, and 58th in the 2021 NBA Draft, granting them several opportunities to address that need. Moses Moody could be a potential target, likely in a package of picks in order to move up on draft night.

Leon Rose has nearly $70 million in cap space to work with this summer. A few interesting yet potentially pricey options include Evan Fournier and Norman Powell. Should Kawhi Leonard have any interest in leaving the Los Angeles Clippers, the Knicks would have more than enough space to make him a maximum contract offer; Leonard will likely prefer to remain in Los Angeles, as he left the Atlantic Division once before despite winning an NBA championship with the Toronto Raptors.

The Knicks used the eighth overall pick in the 2020 draft on Toppin. Allowing him to flourish needs to be one of the team’s foremost priorities next season. Early in the year, fans hoped that he would at least be used as a roll man and cutter in order to maximize his leaping ability, as he struggled mightily on the perimeter in Thibodeau’s offense.

The Toppin we saw to conclude the regular season, as well as in the playoffs, flashed ball-handling capabilities and showed far more poise attacking the basket. He shot 33.3% from three on a small sample against the Hawks in the first round, though perhaps more noteworthy than the conversion rate was his confidence and the speed with which he was able to release perimeter shots. At Dayton, and throughout the year, Toppin showed competence as a passer. His defense, expected to be a glaring weakness, showed very real improvement as the season progressed; being coached up by Thibodeau and Kenny Payne likely accelerated his development.

Put all of these things together and you don’t have to squint to see the framework of a player worth committing to. Fans should be excited to find out what’s next for Obi Toppin.

»READ: Obi Toppin and Immanuel Quickley continue to grow, learn in the postseason