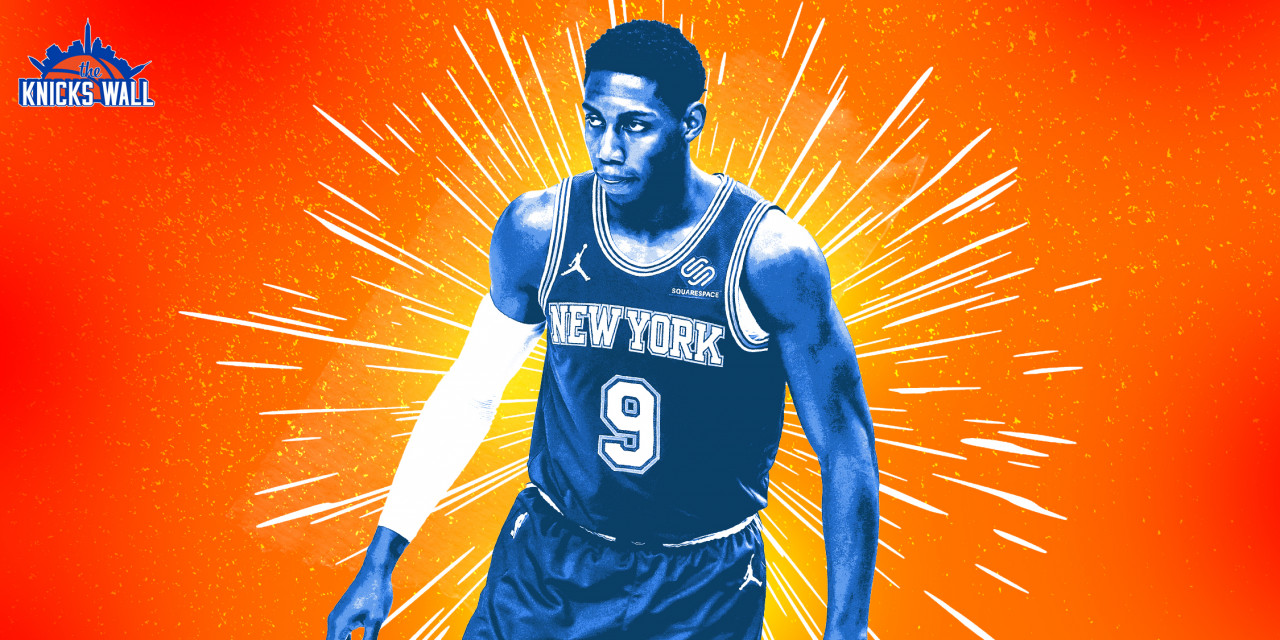 RJ Barrett is the most important piece of New York’s future. Here’s how the young star in the making can firmly reach that level.

It is (finally) a great time to be a New York Knicks fan again. One of the main reasons for the optimistic outlook and juice surrounding the ‘Bockers is their young stud, R.J. Barrett. The 21-year-old is easily the most talented young piece the Knicks have had in a long time and he has shown improvement, dedication and has embraced being a Knick and all that comes with it.

From his rookie season to his sophomore season, Barrett improved in almost all offensive categories, such as points per game, field goal percentage, three-point percentage, and also cut down his turnovers, per Basketball-Reference. All fans want to see from their young stars is improvement and growth and Barrett has done just that so far in his early career.

Given Barrett’s unlimited potential and the fact that he was the third overall pick in the draft a couple of years back, he is expected to develop into a star at some point. I wouldn’t call Barrett a star quite yet, but he is certainly on the right trajectory towards achieving that.

So what can he do and where can he go in order to firmly establish himself as one of the best in the Association?

There are plenty of outstanding players that come and go in the NBA that don’t get many chances to experience the limelight of the playoffs on the big stage and hence don’t receive the recognition or accolades they deserve, since their franchise is poorly run, bad coaching, poor supporting cast, etc. Bradley Beal and Devin Booker (before this past season) come to mind as supremely talented elite players who are dragged down by the lack of resources their respective franchise provides. Unfortunately, it seems like Zion Williamson might also be falling into this category, as the Pelicans can’t seem to get much right.

Prior to the hires of Leon Rose and Tom Thibodeau, the direction of the Knicks franchise was not looking very bright and there was little to look forward to in terms of building a winning product. Fortunately, the Knicks seem to have done very well with the Rose and Thibs hires, giving Barrett an excellent foundation to build his career.

Sure, the Knicks could definitely use more talent and can always improve. But a once gloomy situation for Barrett has turned into one of the better ones to thrive in the NBA. Now that the Knicks seem to finally be well run and on the right path towards being legitimate contenders, it’s predictable that Barrett will get plenty more postseason opportunities, which will go a long way in accelerating his growth, as we all know that stars truly garner respect and get their flowers if they perform well in the playoffs.

Barrett was pedestrian in his first postseason action, to the tune of 14.4 points per game on 38.8% from the field and 28.6% from behind the arc. Barrett’s offensive playoff numbers and percentages were well below his regular-season averages in the five-game series. Although it was a series to forget for the Knicks and their fans, it was a valuable experience for Barrett, who got a taste of high-pressure basketball on the biggest stage.

The Knicks as a team were borderline anemic offensively throughout their brief playoff stint and couldn’t find any consistent rhythm to keep up with Atlanta, making the first-round series a quick one. I do not anticipate the Knicks in the playoffs to be a once-in-a-blue-moon occurrence. Barrett should have various chances to make a name for himself, which he did to a degree with his nasty poster dunk in Game 1. All we want to see is for Barrett to improve on his playoff outputs, just like he did from year one to year two. Even if he can be the same player in the playoffs as he is in the regular season, that would be a success.

RJ BARRETT WITH THE MASTER BLASTER AND THE KNICKS BENCH LOSES THEIR MINDS pic.twitter.com/3BvCFZT5fk

In my previous piece regarding Barrett’s growth, I mentioned how the fact that the Canadian isn’t a flashy and big personality can work against him in terms of his perception from the basketball world members. Similarly drafted players like Anthony Edwards, LaMelo Ball, and Ja Morant are very electric talents who often receive immense coverage and praise. Don’t get me wrong, all three of these guys are special players who look to be faces of the league for years to come. But in reality, Barrett, who often gets dismissed and called inefficient, has better size than the three of them, is arguably on the best team out of all of them and has a better career three-point percentage than them all.

The narrative that Barrett isn’t in the same class as the aforementioned players is absurd and is not backed up by any sort of facts. R.J. likely will never be quotable and a huge personality, but as he continues to develop and gets more exposure on a good team like the Knicks, the basketball community will really begin to see how great he really is and how he can be a legitimate cornerstone for years to come.

»READ: Not ready to part with RJ Barrett

»READ: How the new-look Knicks stacks up in the Eastern Conference