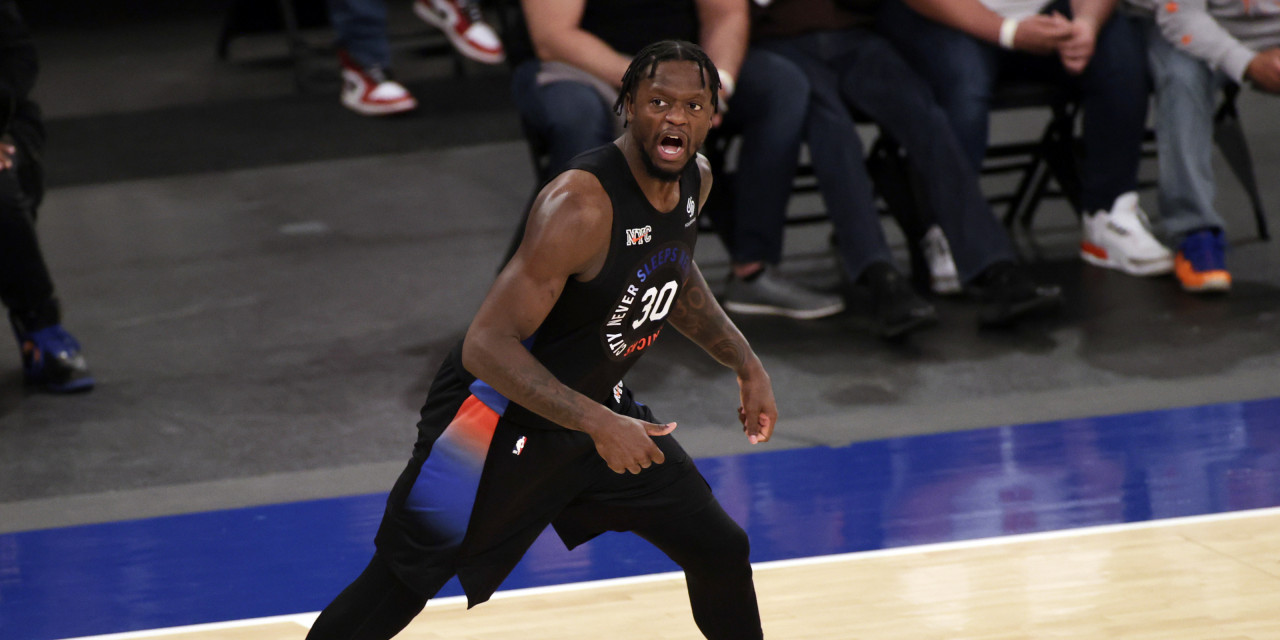 Julius Randle spoke to the media on Friday as the Knicks officially announced the All-Star’s four-year contract extension.

The final details of the deal have not been publicized by the team, but according to ESPN’s Adrian Wojnarowski, he agreed to a four-year extension worth $117 million, with a player option in the final season of the contract in 2025–26.

“For me, it was kind of like a no-brainer,” Randle said on Zoom on Friday morning. “It was security, but for me, I just truly enjoy being a Knick at the end of the day, and I don’t think there’s a better place to win a championship than here. I want to be a part of that, and I felt like me signing this extension could help [Knicks President] Leon [Rose] and those other guys get pieces to continue to build the team.”

He also cited the team culture under William “World Wide Wes” Wesley as a reason to stay.

“The biggest thing is the culture, that was part of the reason why I took the deal,” Randle said. “I talk to Wes all the time. He says family is family, and that’s really what it is. We’re all a family and we enjoy being around each other, and we have that trust. Even if I left money on the table, I trust that in the long run it’s going to pay off. I trust Leon, I trust Wes, I just Scott, Thibs, all those guys are going to give us the best possible chance and put us in the best position.”

Randle’s second season with the Knicks was a career year for the 6-foot-8, 250-pound forward.

He averaged 24.1 points, 10.2 rebounds, and 6.0 assists per game while shooting 45.6% overall and a career-high 41.1% from the three-point line. Randle was named the NBA’s Most Improved Player and got a spot in the All-Star Game and on the All-NBA Second Team. He was also a candidate for the league MVP award.

Despite the success individually and having a taste of the NBA playoffs, Julius Randle doesn’t plan on being complacent.

“I take pride in working extremely hard and not being outworked, so I’m confident that I’ll be a better player next year,” Randle said. “… No matter how talented you are, the fans in this city don’t care, they want to see you work hard and give your best every night, and that’s what our team is about. That’s what we were about last year, and that’s what we will continue to be about.”

The Knicks have made other notable moves this offseason, with the additions of Kemba Walker and Evan Fournier.

“We lost two great teammates in Reggie [Bullock] and Elfrid [Payton], and we know what they brought to our team,” Randle said. “I think that was a big part of our team last year, how we were off the court and how close we were really translated. It’s obviously seeing those guys go, but I feel like they’re in good situations, but with Evan and Kemba, it’s going to be huge for us. Those guys can really make shots, spread the floor, and make plays They’re gonna give us a lot of firepower.”

He also gave some insight into the recently drafted rookies, as the Knicks came away from draft night with four selections, three of whom played in the NCAA.

“Honestly, I don’t watch any college basketball, so I really didn’t know much about any of the players, but when I saw those guys, man, they obviously compete,” Randle said. “They’re skilled. I talk to Thibs about them, and he loves them. They work extremely hard and they’re going to fit right in.”

“Extremely excited, there’s a lot that has to happen before (opening day), and our team has slowly but surely started to get back together and get to work and start to build our chemistry,” Randle said. “I’m excited, ready to get going. If we were playing tomorrow, I’ll be ready tomorrow. This is what I do. This is what we do, and I’m just excited. Excited to be home.”