What, Me Worry? Frank Ntilikina’s String of Benchings Is Increasingly Alarming 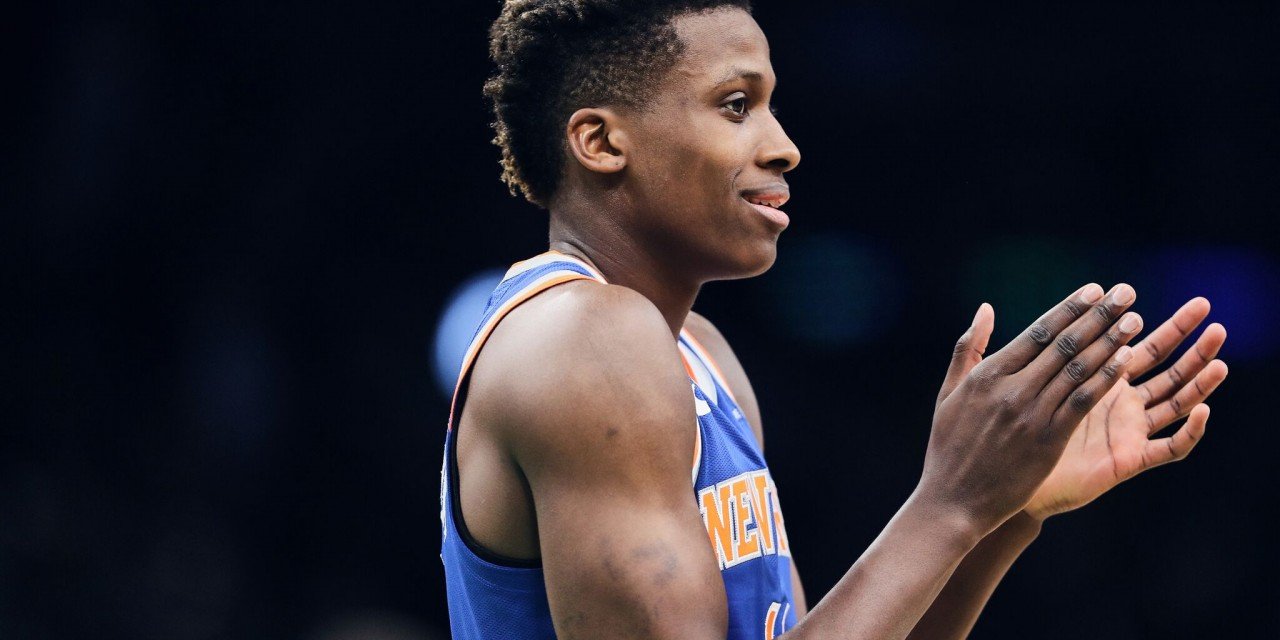 The Knicks haven’t inspired their fan base with confidence as their 2017 lottery pick develops a sore bottom from benchwarming. Why are people freaking out about Frank Ntilikina?

The Knicks have fooled us quite a bit over the years, particularly in their desire to develop talent. Quick fixes have been the calling card the greater part of two decades. That is why the seldom use of Frank Ntilikina has the New York fan base fearing their favorite French son will soon have something in common with Nene, Trevor Ariza, Channing Frye, Wilson Chandler—okay, I’ll stop.

It has now been 10 days since Frank has taken off his warmups. As of this writing, Frank has accrued three straight DNP-CDs. This is not uncommon for David Fizdale this season as Trey Burke and Damyean Dotson can attest to their own personal streak of DNPs. However, both re-entered the rotation like nothing happened. There is no indication Frank will be any different. In reality, there should be nothing to worry about—but then again these are the Knicks we’re talking about.

We have seen this movie before. Hell, just last season we saw the bizarro Frank situation with second-round pick Willy Hernangómez. Coming off an impressive rookie campaign, the belief was the Knicks had snagged the next generation of Spanish big men. Hernangómez was considered part of our young nucleus along with his best friend Kristaps Porzingis and Ntilikina. That sentiment didn’t last.

The arrival of Enes Kanter via the Carmelo trade pushed Willy down the pecking order in a crowded the big man rotation. With Kanter and Kyle O’Quinn ahead of him, playing time varied from scarce to nonexistent. Ultimately Willy requested a trade, which was granted, and he was shipped off to Charlotte and out of our lives. This is why the scant use of Frank has some up in arms.

The mantra of this season has been culture crafting and player development. The front office has taken fliers on former lottery picks to develop. The results have been mostly good; Emmanuel Mudiay and Noah Vonleh have settled into starting roles. In the midst of reclamation projects, though, the team has forgotten about their own lottery project.

Frank is 6’6” of silly putty still waiting to be molded. He has put in the requisite work. He’s added noticeable muscle to his frame which has only enhanced his versatility. Fizdale has experimented with that versatility. In a great nugget from Dan Devine’s piece from The Ringer, Frank is one of 43 players this season to spend 20 percent of his time guarding point guards, 20 percent on shooting guards and 15 percent on small forwards. That sure sounds like a useful weapon to have at your disposal, and a large reason rival teams are interested in buying low on the 20-year-old.

Defensive versatility has been outweighed by offensive woes as Ntilikina’s offense continues to be cringeworthy. He has not improved from his historically poor shooting season as a rookie—statistically, he might have taken a step back. His effective field goal percentage has taken a hit from 41.4 percent as a rookie, down to an arctic 39.2 percent this season. This is not exactly encouraging, but once again we must exercise patience.

When you watch Frank—it’s been awhile so I wouldn’t blame you if you can’t remember—lack of confidence is the source of his struggles, and Fizdale knows this.

“I’m just going to keep trying to pump confidence into him and all of these guys,” Fizdale told reporters last week. “They know one thing about me is they’re never out. They’re never in the doghouse with me. They always have a chance to get themselves back into the rotation.” (via The Athletic)

A doghouse may not exist, but purgatory definitely does. That is where Dotson found himself a few weeks ago and where Frank currently resides. The lack of playing time has led to trade chatter, as it did with Dotson, but that is not the biggest point of frustration. That point of frustration comes with the alternatives Fizdale is rocking with instead of Frank. If it were just Allonzo Trier, then cool, at least one of the young guys is getting burn. But when you see Trey Burke redefining the phrase “brick by brick,” or Mario Hezonja continuing to pull starter minutes doing a whole lot of nothing, you’ve got a problem.

The true reason Hezonja is a starter remains a mystery. Fizdale has said that it’s Mario’s execution of the little things on defense. Let’s just say Clarence Gaines and I share the same feelings on that notion. Even if Mario is doing well on defense, his offense—or lack thereof—is on par with Frank’s output.

Conventional wisdom tells us that if two guys are struggling, you ride with the one who will be here next season. Right now I cannot answer with full confidence that that guy is Frank. Is it an overreaction? Probably. But what else have we been conditioned to expect?

Life as a post-90s Knicks fan has been filled with the worst possible outcomes. Cynicism is among our strongest traits. So until he is back in the rotation, we will brace for a farewell to Frankie. Otherwise, we leave ourselves opened to be fooled once again.