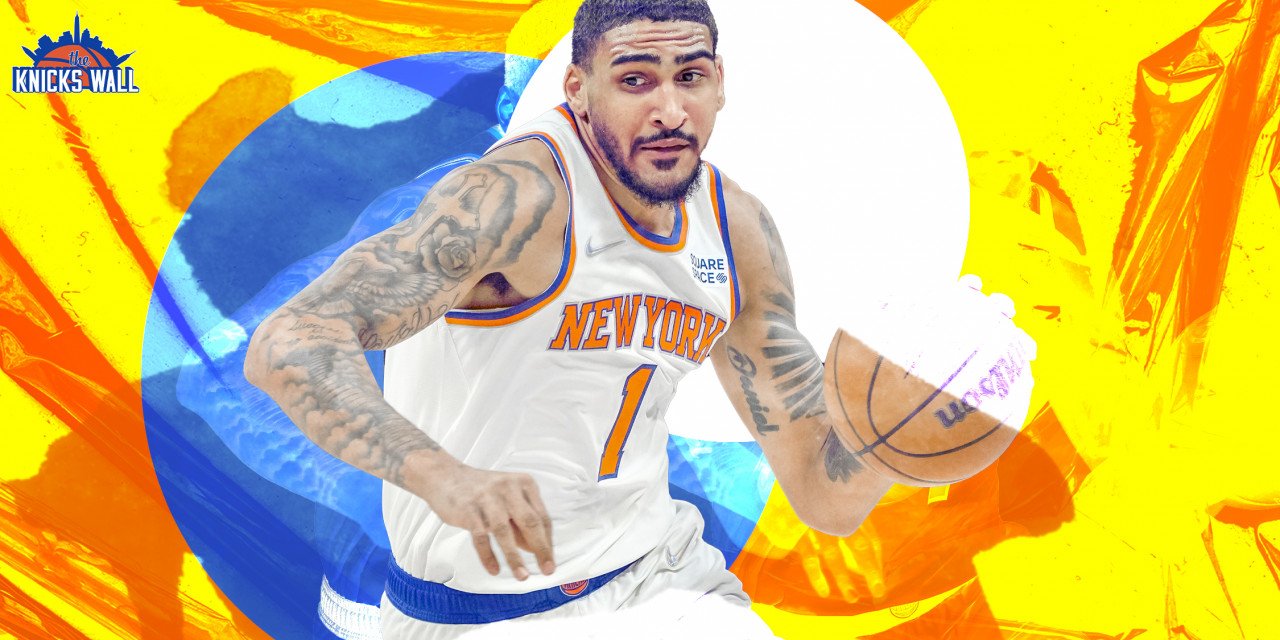 Knicks sophomore Obi Toppin is proving himself capable in the starting lineup, creating more questions about Julius Randle’s place on the team.

The end of the 2021–22 regular season seems to be a period where the New York Knicks are finally getting it right. Immanuel Quickley, while still not starting, is getting plenty of minutes and will cap off his season with a special moment—an off-the-bench triple-double against the Orlando Magic. RJ Barrett has the ball is hands and his future as a lead offensive weapon seems clearer.

But the biggest benefactor from this minutes adjustment has been Obi Toppin. With Julius Randle set to miss the rest of the regular season, Toppin becomes the team’s starting power forward and gets to show the game that made him the eighth overall selection two offseason ago.

The early results have been solid. In a loss against the Cleveland Cavaliers, Toppin finished with 20 points, the first such game of his career, and matched that total against the Magic the following night. As Barrett and Quickley received plaudits early in the season, it seems to be Toppin who’s closing out his second season with a bang. After sitting on the bench watching others receive chances, it seems like Toppin is making the best of these final four games with Randle on the sidelines.

Toppin’s best attribute remains his energy. It’s infectious and the true curveball skill on the roster—when he comes into the game, you suddenly have someone who wants to run, wants to turn the game into a track meet. Not only does he make every run up and down the floor worth it when the Knicks turn defense into offense, but even on defense, Toppin is attempting to be everywhere on the floor, even to the team’s detriment at times.

But he’s getting to an area on defense where he’s passible on the defensive end, capable of using his athleticism to create weird positions for the defense. Of course, there are still stretches where he can get caught out in no man’s land; bigger forwards who can take him outside and still bang with him inside gives him trouble—think someone like Rui Hachimura of the Wizards—while he still can’t guard on the perimeter much at all. Still, in his second season, Toppin sports a positive defensive EPM, which suggests he’s moving in the right direction.

Once refined, Toppin will be a decent energy defender, who should be able to thrive as New York gets better defenders around him.

Offensively, Obi Toppin has ways to go, but he also fits this iteration of the Knicks. Where Randle, Barrett, Quickley, and (sigh) Alec Burks absorb a ton of offensive possessions, Toppin has found himself without many chances to handle the ball and generate offense—whether it be scoring or passing, both of which has flashed at times. At Dayton, Toppin was more of a lead offensive option, turning his athleticism into offense and bending defenses with an improving outside shot, but has settled into an ancillary role in New York.

But he also offers a true roll man in the pick-and-roll, something Randle doesn’t. That ability to set a screen and slice through defenses for a quick basket gives New York an element it has missed for the majority of the season. Toppin hasn’t thrived in that area this season—0.88 PPP, good for the 17th percentile as a roll man, per NBA Stats—but with an improved point guard and a healthy Derrick Rose, consistent point-guard play could see his numbers improve next season.

The other area is his ability to run from corner to corner, shuffling around and finding open looks from the corners. Of all the players on the Knicks, Toppin is one of the best in terms of spatial awareness. Toppin never seems to overlap much with other offensive players—good and smart enough to find the open spaces in the defense and thrive. While he shoots just 26% from the outside, Toppin has flashed a nice, high-arcing shot, that could be more effective as players like Barrett garner more gravity.

Obi Toppin brings up plenty of consternation amongst the fanbase for the other players on the board at the time he was selected. However, in his second season, Toppin has shown skills that could make him a valuable contributor one day and could be in line for a decent role on the 2022–23 New York Knicks. The combination of energy and effectiveness as a pick-and-roll big could allow him to be a viable role player for years to come.

Still, the questions remain about his game and overall situation. Though the shot looks nice, he’s still a sub-30% shooter. Those guys don’t play much, and if they do, they usually play at the center position, where their defense keeps them on the floor. If Toppin can’t elevate his shooting—say, a 38% shooter from the outside—it’s tough to see where his position on the floor is and how to keep him on the floor. For all of his positives, the lack of shooting and questionable defense could easily sink the profile.

The second is his role on the Knicks. Among many things, Tom Thibodeau deserves some flack for the way he’s used Toppin this season, i.e. not as an undersized center for a glass cannon offensive-minded lineup, and strictly as Julius Randle’s backup. Entering year three, can Toppin get more minutes at center to help open up his game? With Randle starting his four-year contract extension and Thibodeau likely returning, is Toppin going to benefit here and live up to the eighth overall pick, or, is he better as a trade chip who can help you acquire, say, a Mitchell Robinson replacement?

Whatever happens, Obi Toppin continues to take positive steps game after game and in a larger role, could be a solid big man with a multifaceted game, and heading into the offseason, the Knicks will have to make a decision if they want to continue to develop him and give him more minutes, or, use him as a piece to help find a piece for the next great Knicks squad.