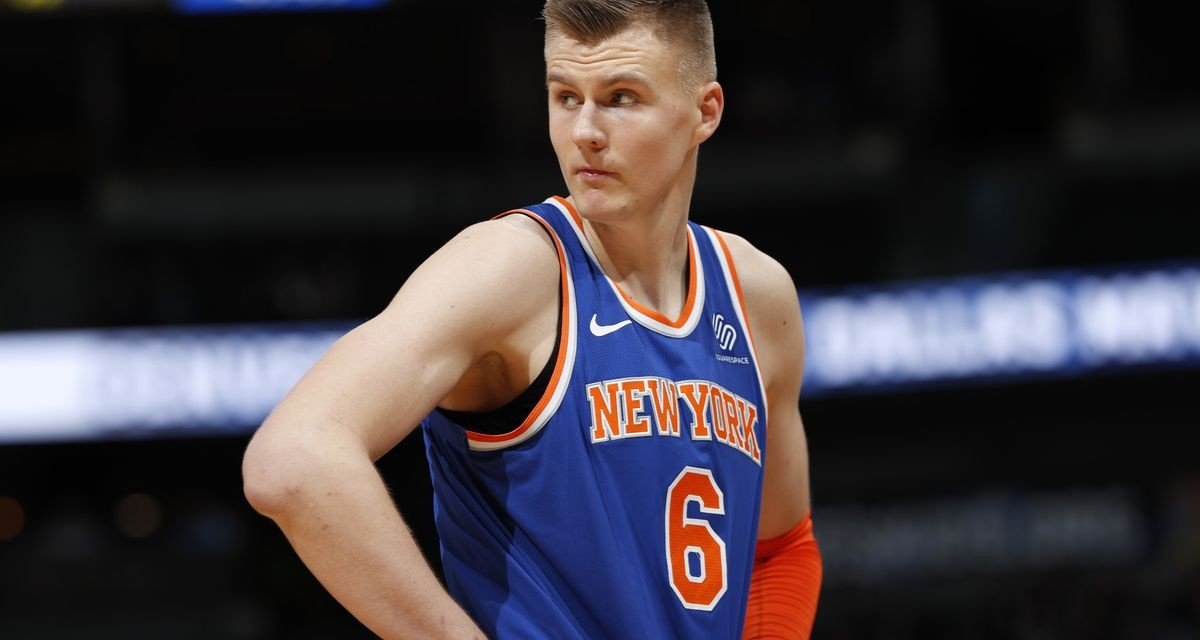 TKW social media editor Stone Strankman opines how Kristaps Porzingis had lifted his spirits in the past, and all he can do is thank him.

As most of you probably know, Kristaps Porzingis was traded to the Dallas Mavericks Thursday afternoon after a wildly quick Woj bomb after Woj bomb while I was trying not to scream and/or cry in class.

I was irate. Tweeted more than I’ve ever tweeted in an hour timespan probably and said many curse words. However, what I am not about to do with this piece is rag on Porzingis. I’m about to praise him for something he did for me.

Going into the 2015–16 school year was a bit of a rough time for me. I wasn’t comfortable with who I was, and I wasn’t entirely happy either. I had never truly had a favorite NBA team at the time—and until then had only loved a few players. I’ve always loved the 2003 draft class of Dwyane Wade, LeBron James, and Carmelo Anthony (of course), and I floated around rooting for those three. I also had an infatuation with Russell Westbrook for the longest time. When Porzingis was drafted, though, I was instantly in love with him and New York. I don’t know why I loved the 7-foot-3 guy from Latvia, but I did.

At that time in my life I started becoming depressed, and was losing touch with the things I loved most: sports and music. The Dolphins, my football team, have been terrible all my life, the Astros, my baseball team, weren’t quite good yet, and Wade was a summer away from signing with the Bulls. I still watched the NBA every week, but it wasn’t every night like it had originally been. I wasn’t interested in interacting with NBA Twitter, I wasn’t writing for the website I wrote for as much, and I just wasn’t in tune like I am now with the NBA.

Then, Porzingis comes along.

The infatuation started to grow with his highlight put-back dunks, or his stink eye face (still goofy, still love it), or when he tried to fight DeMarcus Cousins his rookie year.

Right before Christmas 2015, my family and I went to New York City together for the first time, and I was fortunate enough to go to the Garden to see a game against the Bulls. It was indescribable. The best sports environment I’ve ever been to (I’ve been to a Stanley Cup Final game in Nashville and to Lambeau Field), and I got to watch my favorite player play my favorite sport.

While the news today that Porzingis wanted out of New York broke my heart, I still want to see him flourish. When he went down against the Bucks last year I didn’t watch basketball for two full weeks because I was so hurt. Porzingis gave me energy to watch basketball and work towards a better place in my mind, and even gave me fandom for an NBA team after I had been floating around since 2003 when I started watching the sport.

I can’t thank Porzingis enough for what he did for me, even though I’ve never even come close to meeting him in person, as I was in the nosebleeds of the Garden. He means the world to me, and if he needs to go play somewhere else, so be it.

I forgave him for wanting that trade about two hours afterward, but I sure as hell need Kevin Durant and Zion Williamson to come to the Knicks this summer.

So, all in all, don’t be mean to Porzingis. He was pretty much our only bright spot since 2015, and gave us so many good memories playing for our beloved Knicks.

If you’re going to be mad at anyone, be mad at the organization for getting rid of him so quickly. Life goes on, and the Knicks will still suck. Try and live life and watch games to the fullest, and tweet out your anger if need be.