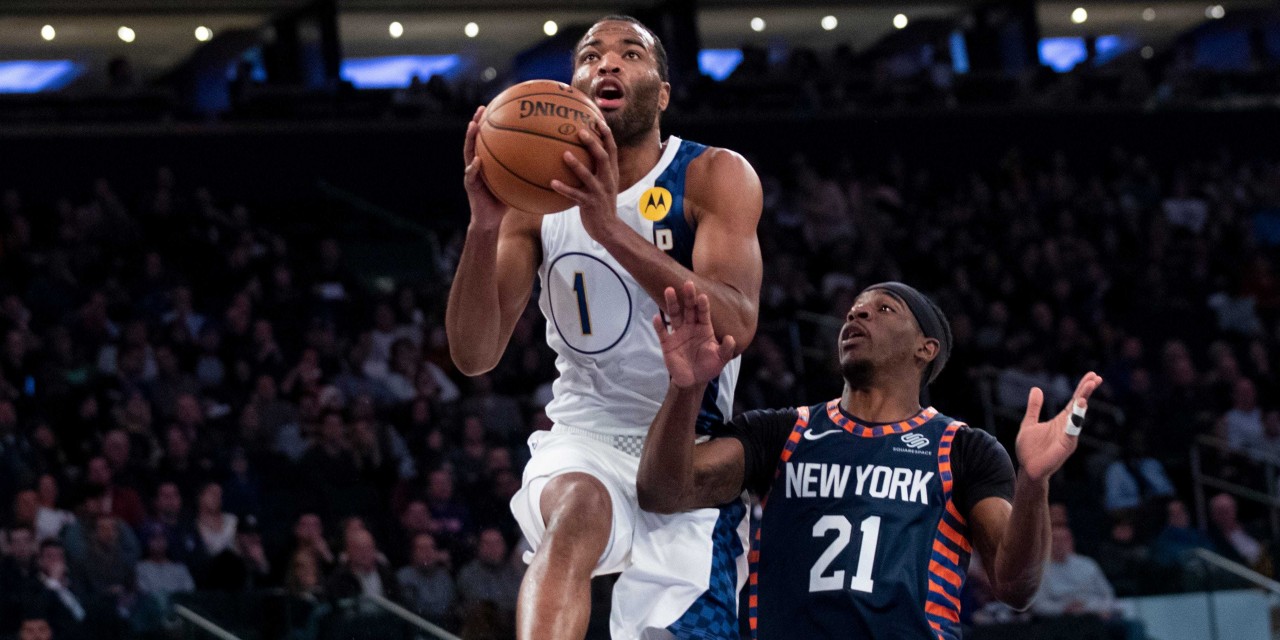 The Knicks had slightly better effort in the first post-Fizdale era game with Mike Miller at the helm, losing by one point to the Pacers.

The New York Knicks entered tonight’s contest against the Indiana Pacers with a 4-18 record fresh off of two of the most embarrassing losses in recent memory. In back-to-back games, the Knicks lost by a combined 81 points against the Milwaukee Bucks and Denver Nuggets. The result of those performances led to the fall of the first domino in the Knicks organization, the firing of head coach David Fizdale.

Saturday night was the first contest of the Mike Miller era in New York; he is now the interim head coach as the Knicks begin their head coaching search. Coming into this game Knicks fans were hoping to see fewer isolations, lineups that offer more shooting, and more minutes for the younger players.

That didn’t get off to a good start, as Mike Miller and the Knicks continued to prioritize Julius Randle in the starting lineup over Mitchell Robinson. Taj Gibson got the start at center again, but sophomore forward Kevin Knox did see quality first-quarter minutes, too.

It was the Knicks’ first look at the sixth-seeded Pacers, who were without their starting point guard Malcolm Brogdon. It was Indiana’s second night of a back-to-back on the road after losing Friday against the Detroit Pistons. The Knicks failed to take advantage of the Pacers’ fatigue in the first quarter, and the Pacers went on to shoot 58% from the field, taking a 32-27 lead after a hot start for the Knicks.

In the second quarter the offense looked much better. The Knicks’ best offense was a simple but effective pick-and-roll with Robinson. None were better than this lob to Robinson from R.J. Barrett late in the first half:

GIVE MITCH THE BALL AS MUCH AS POSSIBLE pic.twitter.com/y8KXkoHncK

Robinson finished the half with 14 points, seven rebounds, two steals, and three blocks.

MSG Network commentator and Hall of Fame Knicks point guard Walt “Clyde” Frazier said it best. Marcus Morris has been shooting a likely unsustainable 50% on three-point field goals this season. He may slow down eventually, but tonight was not that night. The veteran forward on an expiring deal finished with a team-high 25 points and made four threes on 50% from beyond the arc. Morris was the Knicks’ best player on offense tonight.

After a better effort on both ends to get back into this game, the Knicks squandered multiple chances at victory tonight. New York had four offensive rebounds on one drive down the court, but none of the extra possessions resulted in a good shot. Elfrid Payton was instrumental to the Knicks’ fourth quarter resurgence, but his efforts were not enough.

The game ended with Randle going to the line with 0.1 seconds left with a chance to force overtime at 104 apiece. He hit the first free throw, and absolutely bricked the second. The Knicks fell to 4-19, a half-game worse than the Golden State Warriors for the worst record in the league.

The Knicks travel to the west coast for a road trip, starting with the Portland Trail Blazers on Tuesday.