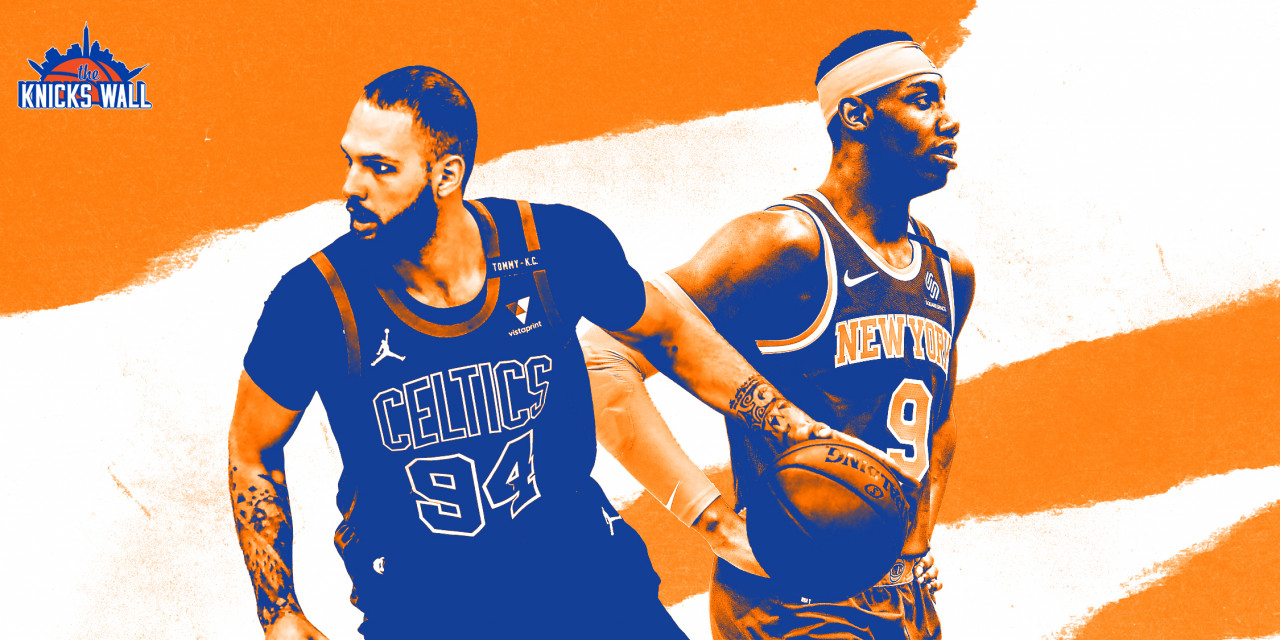 The additions of Kemba Walker and Evan Fournier solidify an upgraded backcourt and successful offseason for the New York Knicks.

NBA teams with cap space all-too-regularly fall in love with the idea of a player “worth” gargantuan sums in free agency because of what he can be or what he has shown flashes of. Even more than the idea of said player, teams with cap space love being able to say that they used a significant chunk of that cap space on a player who appears to be worth that much or is at least asking for that much. They love the idea of them; they love being seen with them. They don’t (or won’t) end up actually loving them.

Not one week ago, I thought that the Knicks were falling into this trap. I saw a team enamored by the fact that they entered an offseason with cap space, and the fact that they had so much of it drove them toward using it in places it certainly wasn’t required. I was cagey when they signed Evan Fournier to a four-year, $78 million contract (with a team option attached to the fourth year). After the abomination that was last year’s playoff performance, and after the scare that was (read: still sort of is) throwing just south of $80 million at a guard whose career-best stretch of offensive output came against teams like Iran and the Czech Republic at the Tokyo Olympics, admitting wariness feels like the only natural reaction.

But now that the Knicks have brought Kemba Walker home to fill a vacancy at point guard, my tune is changing. I’m hopping back on the wagon. Just when I thought I was out… well, you know the rest.

With Walker running the offense and R.J. Barrett and Fournier complementing one another beautifully on opposite wings, there’s plenty to love about an offseason that, otherwise, felt pedestrian. And better still, there’s more to love about the team that underwent those changes. Though he’s long been hampered by knee injuries and scoring droughts (largely because of those injuries, mind you), Walker is an added motor to one of the league’s slowest offenses, not to mention one that lacked dependable and willing shot creators not named Julius Randle. That’s what ended up killing the Knicks in the playoffs; when Randle was stifled, the other four players on the court lacked the pure scoring ability that Kemba can bring right away.

The same goes for Fournier, despite my hesitation about his contract. My skepticism says less about what Fournier’s fit and capabilities on this team will be and much more about what signing him, in a vacuum, meant for the Knicks’ future. Seventy-eight million dollars is a lot of money for a player of Fournier’s caliber but when you think about his fit now that Walker is on board, the money becomes less of an object. Walker can take on the role of the offensive architect, a player Tom Thibodeau’s squad sorely lacked when all they’d done was drop the bag on the former Magician and one-time Celtic. Fournier, instead, now gets to serve as the shooter-slasher combo, further doing what he showed flashes of while he was in Boston.

Where Walker can be an ideal screen partner with Randle on pick and pops or Mitchell Robinson/Nerlens Noel on pick-and-rolls, Fournier can be the consistent one-on-one presence that the team needs, a role Barrett shouldn’t be forced into if a team has playoff aspirations. And beyond that, both are pure pull-up shooters, which—you guessed it—the Knicks seriously lacked last season. Kemba made 82 of them last season; Fournier made 52. They would’ve ranked first and third on the Knicks, with Immanuel Quickley (59) sandwiched between them. R.J. Barrett? Six. Alec Burks made 46, which is better, but the formidable shooting presences that Walker and Fournier have proven to elevate this offense immediately.

By all accounts, Fournier’s contract isn’t technically absurd nor unprecedented. It’s merely representative of how inordinate and inflated the value of middling NBA players have become and how that lack of logic will persist if general managers tell themselves that Doug McDermott is worth $14 million per year (spoiler: they will). And when it’s paired with the Walker discount—a reported $18 million over two years—it’s hardly worth whining over.

The ideal offseason for the Knicks probably doesn’t involve shelling out nearly $80 million for a decent guard whose career highlight is being the best player on the 2019 Orlando Magic. Still, then again, there are worse outcomes. Overall, holes were filled, and returning players are lucky to be pairing up with perfect complements coming in the form of new signees. Do the Knicks make a big leap, especially considering that a few other Eastern Conference teams look primed to make their own following much flashier offseasons?

Perhaps not. But at the very least, they’ve bettered their existing foundation. They’re giving fans a reason to love the team Leon Rose and co. are building, not merely the idea of it.