Patrick Williams Is Modern Basketball. The Knicks Could Select Him at 8. 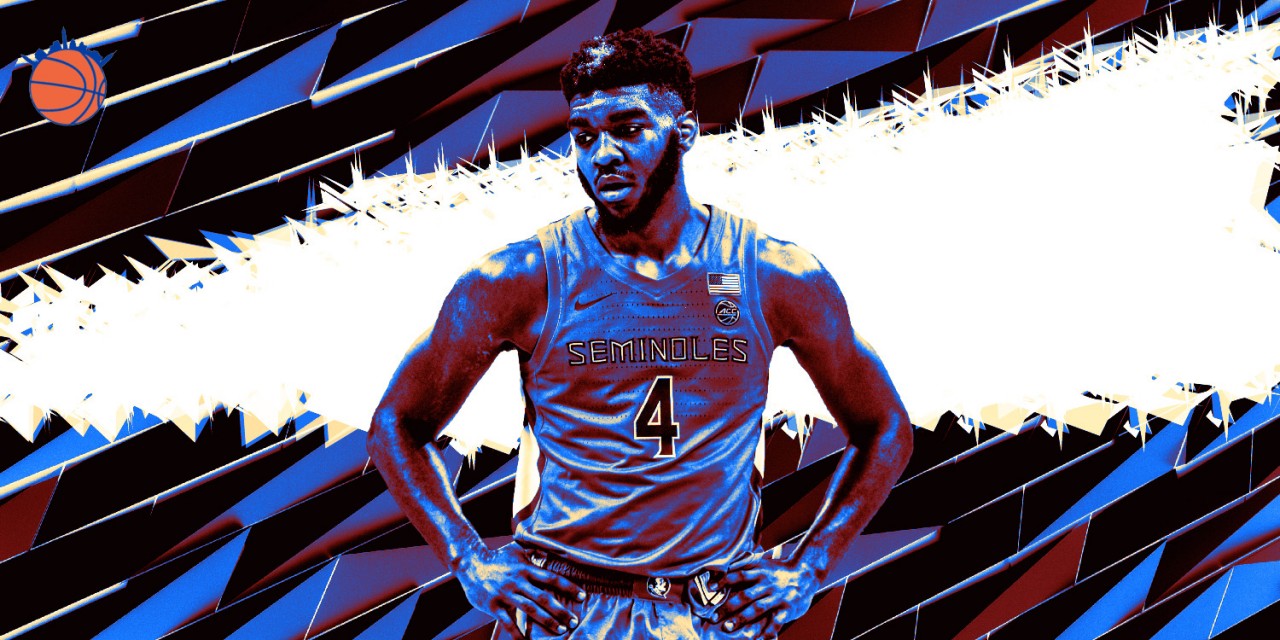 Suddenly Florida State forward Patrick Williams has emerged as a serious candidate for the eighth overall pick for the Knicks.

While watching the NBA playoffs, you began to see some of the same things from each team. From my eye, the three recurring traits from each team are shooting, defense, and versatility. From the first round on, the teams who’ve thrived in these three areas have advanced, outside of the Los Angeles Clippers. Either way, it’s something the New York Knicks will have to consider as they move into their next stage of roster construction.

Here at The Knicks Wall, we’ve talked shooting and defense ad nauseam. New York simply lags behind in those two areas—struggling to defend all areas on the floor, while failing to hit the most valuable shot in basketball. New head coach Tom Thibodeau was brought in to help iron out any defensive issues, while this offseason is expected to help solve their shooting woes.

Versatility is a tricky thing to discuss for any team in roster building. Some of it is simple, like New York’s point guard situation. New York currently employs Frank Ntilikina, Dennis Smith Jr., and Elfrid Payton. Between the three, none can shoot, which means New York needs shooting at other positions and they struggle to play off the ball, limiting the versatility when they play on the floor.

Some of the examples of versatility in the playoffs range from Denver’s ability to run and initiate offense with both Jamal Murray and Nikola Jokic, Miami’s ability to shuffle four defenders (Bam Adebayo, Jimmy Butler, Andre Iguodala, Jae Crowder) between four positions, and Boston’s use of Marcus Smart as a versatile defensive weapon, defending everyone on the Toronto Raptors in the second round.

Multiple ball-handlers, several different shooters, and versatile defenders. These things are needed to thrive in the playoffs, and these are things the Knicks should be targeting while attempting to turn this team from a perennial basement dweller to one of the best teams in the Eastern Conference.

There are several players who fit the description—Florida State’s Devin Vassell and Maccabi’s Deni Avdija are the two that stand out the most “playoff-ready” players, thanks to their current skill set. Guys like Auburn’s Isaac Okoro, TCU’s Desmond Bane, and Iowa State’s Tyrese Haliburton also fit the criteria.

The one player who intrigues me the most for New York’s eighth overall pick is Florida State forward Patrick Williams.

While the New York Post began to suggest Isaac Okoro as a potential Knicks draft target for his “Jaylen Brown-like upside,” it was confusing why Williams wasn’t afforded as an option under the same premise. Fellow TKW writer Eli Cohen wrote Williams up as someone to trade up for, and the question must be asked: Based on the evolving game, the value of that Swiss army knife forward, and New York’s recent push towards development, why not consider Williams at eighth overall?

As a fast riser in this muddled pre-draft process, Williams went from an intriguing mid-round pick to someone who, per The Athletic’s Sam Vecenie and The Ringer’s Kevin O’ Connor, has risen into the mid-to-late lottery discussion. Part of that could be a testament to how teams view this class after the first few picks, but Williams’s combination of skills and upside will ultimately be what entices a team to pull the trigger come draft day. One team that should consider selecting Williams? The New York Knicks.

What makes Williams intriguing is his ability to offer quite a few different skills. Offensively, Williams wasn’t an elite shooter, but his shot profile—32.0% on three-pointers, 83.8% from the free-throw line (via hoop-math.com)—suggest that Williams could be a solid shooter in the future. His passing flashed as well, averaging 1.0 assists, finishing with 29 assists to 30 turnovers, and looked comfortable operating simple pick and roll plays.

Add that shooting and creation to Williams’ defensive ability and you have an enticing 3-and-D talent. Williams, at 6-foot-8 with a 6-foot-11 wingspan, flashed the ability to come down the perimeter and defend wing players while staying in the paint and holding his own against more natural post players. In his lone season at Florida State, Williams finished with 3.6 stocks (steals and blocks) per 40 minutes, showing at least the upside of Williams as an active defender.

Also, youth is on Williams’ side. At 19 years old as of August, Williams is the youngest American-born prospect and the second-youngest player in the draft, behind Serbian center Aleksej Pokuševski. Combine projectable shooting, solid defense, loud tools, and a potential swing in his ability to manufacture offense, and it’s not surprising to see Williams bumped up as a potential lottery level prospect.

That combination should be enticing to a Knicks team that lags behind in all three areas. Williams’ size allows him to play power forward, where shooting would provide welcomed spacing for Mitchell Robinson and R.J. Barrett. His defense offers Tom Thibodeau a versatile weapon, and his playmaking could offer a wrinkle in New York’s offense, something we haven’t seen since the days of late Knicks great Anthony Mason. Even if he doesn’t reach his highest potential, there are things Williams can do on and off-ball that could offer an interesting wrinkle to New York’s roster.

After the 3-and-D wing player and that elite shooting guard (think Damian Lillard, Stephen Curry, Kemba Walker, and maybe even Jamal Murray, based on this current postseason) who can double as a team’s offensive engine, another key piece is the combo forward who can defend multiple positions, space the floor and shuffle amongst multiple positions. This postseason is littered with them—P.J. Tucker, Robert Covington, Jerami Grant, and Marcus Morris to name a few.

Obviously, Patrick Williams isn’t Robert Covington, but as a collegiate athlete at 18 years old, he flashed some skills similar to Covington, who when healthy, is one of the best defenders in the league and has been a key fixture in three teams’ defensive plans over the last four seasons. His league role may align closer to Al-Farouq Aminu, who was a key fixture to the Portland Trail Blazers earlier in the decade. Even then, Williams might be able to provide a bit more offensively, thanks to his ability to pass the ball. Otto Porter, a pie-in-the-sky comparison, offered way more offensively, but Williams could match his upside as a defender.

Every year, the playoffs highlight proper team building and show us what works at the highest level in the NBA. The prevailing thought seems to be that shooting, defense, and versatility wins the day. Each one of the four conference finals teams—Los Angeles Lakers, Miami Heat, Boston Celtics, and Denver Nuggets—succeed in these three areas. For a team as bare as the Knicks, these conference finalists point the way as to how New York should build under this new regime.

One player that could put this theory to the test is Florida State’s Patrick Williams. While the Knicks have several options to choose from with the eighth overall pick, Williams provides an intriguing starter kit of defense, shooting, and potentially playmaking as a swing skill at 19 years old. If the Knicks decide to punt from the future for a lottery ticket, Williams could make for an enticing option with the eighth pick.

»READ: The toughest NBA Draft prospects the Knicks are likely to pass on