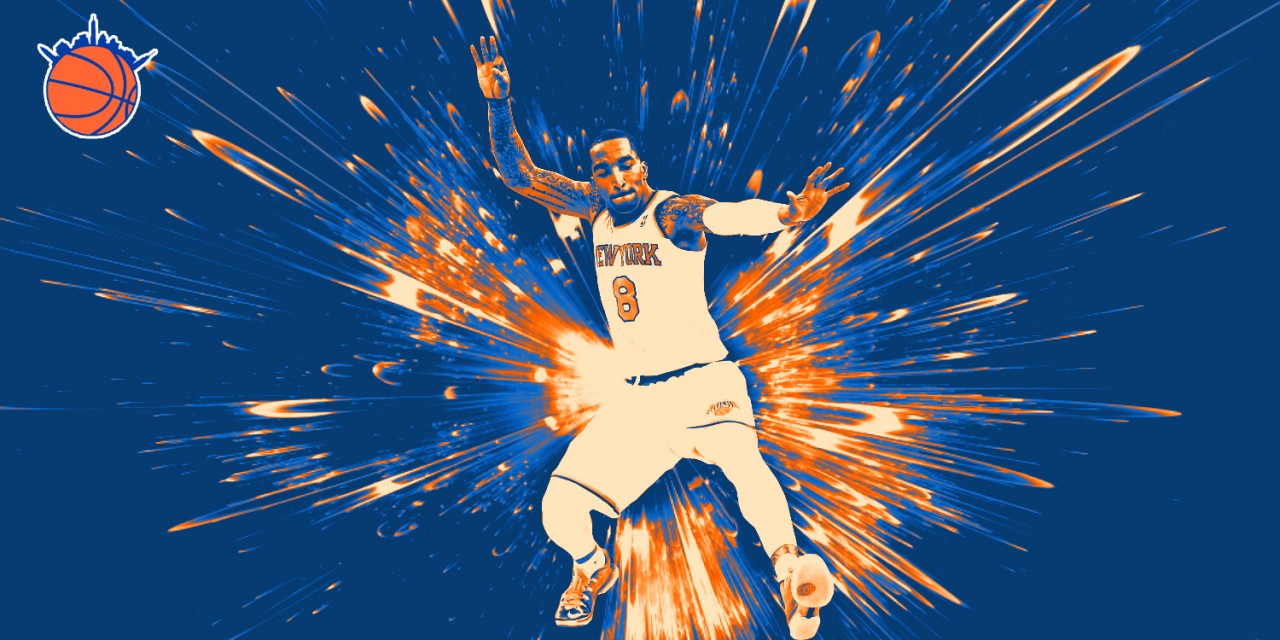 The 2012–13 Knicks hold the title for further postseason run for New York since 2000 and provide a great insight into what makes a fun team.

The latter half of the 2010’s was not kind to the Knicks. Bad trades, bad contracts, bad front-office decisions, bad coaching hires, trading away star players, missing out on every big name free agent—you name it, it happened in New York. But as bad as it got to end the decade, let’s not forget how good it began.

In the summer of 2010 the Knicks landed free agent power forward Amar’e Stoudemire from the Phoenix Suns. It was the biggest free-agent signing New York had in a very long time. STAT went on to average 25.3 points, 8.2 rebounds, and nearly 2.0 blocks per game. He was an All-Star starter in the East and made the All-NBA Second Team. That season, the Knicks also made a massive deal at the trade deadline to acquire superstar small forward Carmelo Anthony. The Knicks made the playoffs but lost to the Boston Celtics in the first round 4-0.

Sadly, that was the last we would see of Stoudemire being a superstar-caliber player due to multiple injuries. But that didn’t hurt the Knicks as much as one might have thought; as Stoudemire’s play waned, Anthony’s continued to soar, and the Knicks began to form a legitimate contender around ‘Melo. None were greater the the 2012–13 Knicks.

The 2012–13 Knicks were the third seed in the Eastern Conference and went 54-28 in the regular season. Anthony was the league’s scoring champion, and J.R. Smith was the Sixth Man of the Year. Tyson Chandler was still a force on the boards and protecting the paint. Iman Shumpert was at his peak athleticism and defensive powers. Jason Kidd, Pablo Prigioni, and Raymond Felton were a surprisingly helpful point-guard trio. Steve Novak was lighting it up from three every game. Kenyon Martin was providing much needed energy off the bench, along with 28-year-old rookie Chris Copeland. Oh, and Rasheed Wallace came out of retirement and joined the team!

This roster had everything you need. Grit, toughness, star power, scoring off the bench, players accepting their role, defensive leaders, savvy veterans, shooters, secondary playmakers, fun personalities, and more. This roster, and season, was the peak of the decade the Knicks endured. Let’s take a trip down memory lane and reflect on some of the best moments from this year.

Game of the Year

Personally, this game is the one I remember the most. Carmelo just won the scoring title, J.R. won Sixth Man, the Knicks won 54 games, and it still didn’t seem like people were taking them seriously as a contender. This game began to silence the doubters. Anthony started the game off 4-for-4 from the field, hitting some classic mid-range face-up jumpers and pull-up threes. He went on to finish with 36 points—and this game was one of the loudest the Garden sounded since the ’90s.

Moment of the Year

The Knicks-Nets rivalry since New Jersey moved to Brooklyn. The Nets too had championship aspirations when they acquired Deron Williams and Joe Johnson.

This game captured everything that made this Knicks team and season fun. ‘Melo scored 45 points and was on a tear all night; J.R. Smith had 18 off the bench and was instant offense every time he stepped on the court. But the moment of the year came from Jason Kidd.

Kidd’s impact in his lone season with the ‘Bockers is hard to measure. He provided the savvy veteran presence and value as a floor general that the Knicks have lacked sense. In this game he scored 18 points, but his final points came off of a four-point play where he was fouled while taking a three. It honestly should have been an offensive foul, because while he was going up and Stackhouse was closing out, the former Nets guard kicked out his right leg initiating contact.

Player of the Year: Carmelo Anthony

This was peak Carmelo Anthony, point blank. He averaged 28.7 points per game, taking home his only scoring title belt. He took the highest volume of threes of his career and made them at a 37.9% clip, with 44.9% from the field with a 56.0% True Shooting.

Carmelo couldn’t be stopped. He led the Knicks to a 54-28 record and for the first time in a long time, people took the Knicks seriously. He also received a first place MVP vote, which prevented LeBron James from becoming the NBA’s first unanimous MVP. Carmelo Anthony never looked more composed or as skilled as a scorer as he did that season. He may have been more athletic and gone farther with the 2009 Nuggets, but if that Roy Hibbert block never happened, the Knicks very well could have been in the Eastern Conference Finals against Miami where they matched up well (winning three out of four of their regular-season contests).

How can the Knicks get back to that level?

Since this beloved season, the Knicks haven’t even came close to making the playoffs. They’ve become the laughing stock of the league. But this can’t last forever, right?

So where do the Knicks go from here? Well, for starters, the balls in the draft lottery have to go their way. Landing a marketable, otherworldly talented point guard like LaMelo Ball to pair next to R.J. Barrett and Mitchell Robinson would be a dream scenario. The Knicks missed out on Zion Williamson last year. It would be amazing to have Ball in the Garden.

If the Knicks cannot land someone of his ilk, free agency is weak but has some really nice players. Getting Fred VanVleet would be a good place to start. He’s a champion, played in big games and big moments, can play on or off the ball, is a great shooter, and a very good defender. He would instantly be New York’s best point guard of the last decade.

Trading Julius Randle for whatever you can and signing Detroit’s Christian Wood is a possibility that intrigues me as well. Wood fits better next to Robinson than Randle does, and he can also play some backup center if needed. Hopefully the Knicks hire a real coach as well.