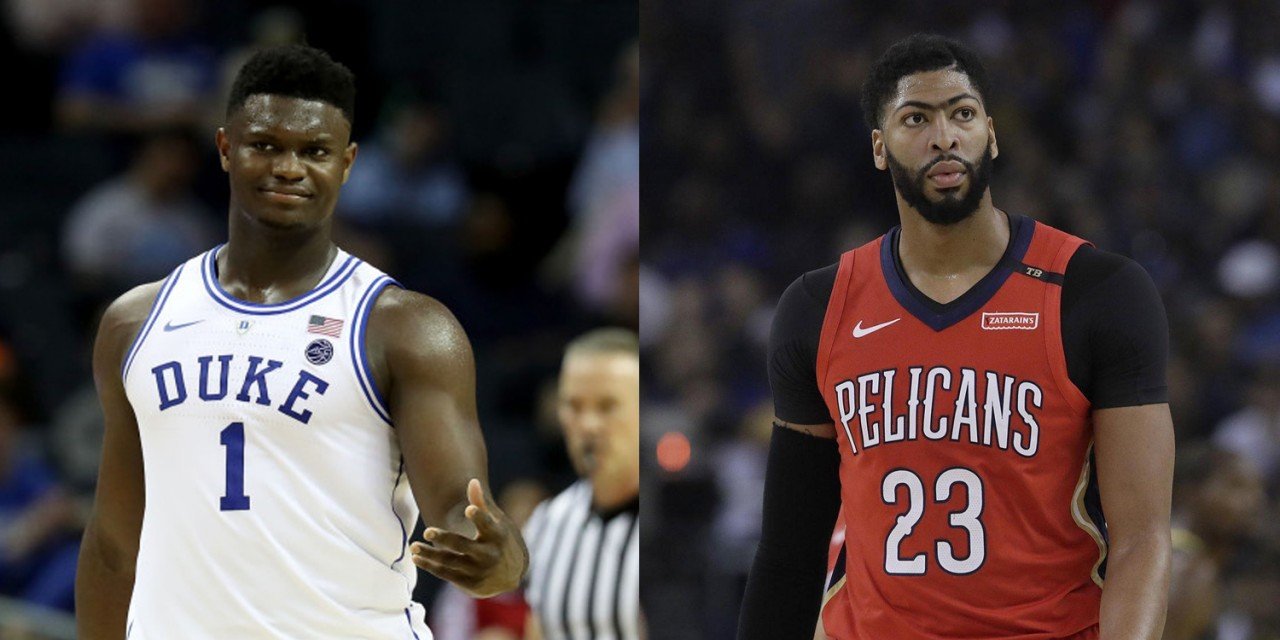 A Tuesday rumor alighting a plan by New York to deal Zion Williamson to New Orleans for All-Star Anthony Davis would be Knicks tomfoolery at the highest order.

According to a report by The Athletic’s Shams Charania via Bleacher Report, the New York Knicks would trade their prospective number-one draft pick in a package deal for Anthony Davis. With the NBA Draft Lottery set to draw on Tuesday night, this news couldn’t have been dropped at a more hectic time.

Davis’ relationship with the New Orleans Pelicans has come to ahead with the six-time All-Star demanding a trade near the end of the 2018–19 season and the Knicks just traded their franchise cornerstone Kristaps Porzingis for cap space.

I, for one, am mortified.

The Knicks just severed ties with an unhappy stretch 5, and now, instead of sticking to their guns and swinging for the fences in free agency, are rumored to be looking to shop a generational talent if they land the number one spot to night. Porzingis is no Anthony Davis. He’s not even close, but they’re not flipping the assets gained in their trade. They could possibly trading the fruits of their notoriously awful season. And, through the eyes of Davis, he could simply be trading one incompetent organization for another—but only temporarily.

Davis is contractually obligated to play for whichever team holds his contract through the 2019–20 season, but after that all bets are off. Opting into the player option for the 2020–21 season seems highly unlikely at this point in time.

One could argue that this is similar to the battle the Oklahoma City Thunder faced with re-signing Paul George. Similarly, the Kawhi Leonard/Toronto Raptors and Jimmy Butler/Philadelphia 76ers dilemmas are in their most interesting stage at this very moment. This is not that. The Raptors have had a solid foundation and an actual plan that could entice Leonard to re-sign with Toronto during free agency. The Raptors’ Eastern Conference Finals berth is a good start. On the other hand, Butler’s situation was more about him proving he deserved a max salary than anything else. The Knicks do not have a core even close to that of the Sixers. The Raptors have had a solid identity and made the playoffs for six straight seasons. The last time New York made the playoffs the second Hunger Games movie wasn’t even out yet.

Rumors about Kevin Durant signing with the Knicks this summer do not justify trading a generational talent for (quite likely) a one-year rental.

This new development is frightening. So much so that I’d rather root for the Knicks picking second than I would root for them winning the first pick. Looking to do another high-profile trade after the highly criticized Porzingis trade is a painful reminder that the Knicks’ brand new front office may in fact be the Knicks front office of yesteryear with fancy window dressing.

SNY’s Ian Begley reported Tuesday afternoon that New Orleans’ Davis would be open to re-signing with New York should be be dealt to the Knicks.