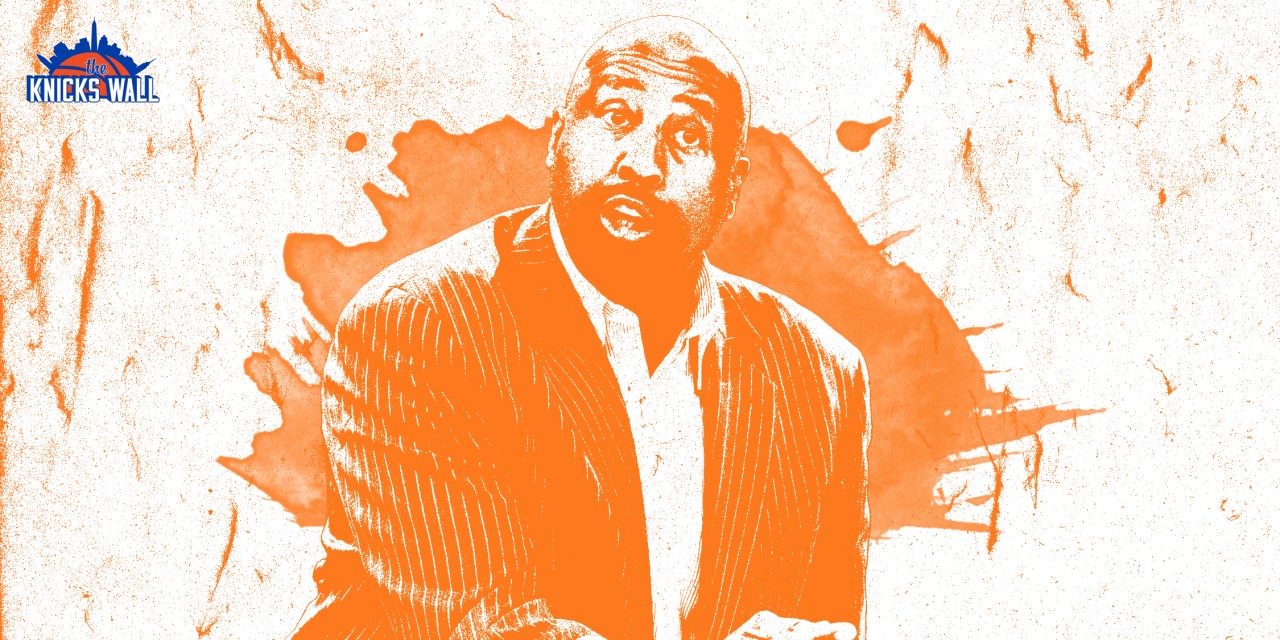 Mike Woodson is gone and the Knicks assistant coaches have been in hot demand lately. While losing talent is never good, it’s a positive reflection on the organization.

Outside of the occasional blip on the radar, news involving the New York Knicks this season has largely focused on the performance on the floor. From Julius Randle’s All-Star nomination to R.J. Barrett’s ascension and Immanuel Quickley’s surprising rookie season, the Knicks have made positive strides on the court. Even though the “lows” of this season, like Obi Toppin’s slow start or the daily “why is Elfrid Payton starting” moment, the Knicks have kept the focus on the court—a welcomed change from previous seasons.

However, the Knicks’ past week has seen their focus shift off the floor, primarily to their coaches. It started with associate head coach Johnnie Bryant being up for the head coaching position at the University of Utah, and assistant coaches Kenny Payne and Mike Woodson being up for the same role at DePaul and Indiana University, respectively. After numerous tweets and reports, Bryant and Payne remained with the Knicks, while Woodson opted to return home to lead his alma mater.

It doesn’t stop there for New York. According to Yahoo Sports’ Vincent Goodwill, the Cleveland Cavaliers have Knicks strategic vice president Brock Aller on their shortlist of options to replace current general manager Koby Altman. In just a week, the Knicks had four franchise members targeted for basketball positions elsewhere, with all four being upgrades from their current positions.

On the surface, the level of frustration from the fanbase makes sense. The Knicks bring in many different coaches, surprise the league, and then the rest of the league pushes to take them away? The Knicks have coaches and executives being placed on shortlists. It’s another small indication that the team continues to move in the right direction.

With the constant shuffle of coaches and executives throughout the last 20 years, the Knicks have struggled to set roots down throughout the league. Under Jeff Van Gundy, the Knicks had Michael Malone, Tom Thibodeau, and Steve Clifford. With Mike D’Antoni at the helm, the Knicks found Kenny Atkinson, who moved on and eventually found a home with the Brooklyn Nets. Smart basketball minds came in, did their time, and left New York without the Knicks ever truly hiring them or giving them a second look.

Through an optimistic lens, the Knicks are well on their way under team president Leon Rose, thanks to the hires from the 2020 offseason. Walt Perrin and Frank Zanin have been key to New York’s roster construction, while Aller has been key in keeping New York’s war chest of assets stocked for a potential offseason blockbuster. Thibodeau has been great, but both Payne and Bryant have received rave reviews for helping some of the younger players, specifically Quickley.

Not only do both coaches offer the ability to connect with young players right away, but both offer potential in-house replacements for Thibodeau if and when the day comes.

The recent interest also paints New York in a positive light for future employees as a place to advance their careers. Woodson’s departure opens up a potential spot on the bench. With Payne and Bryant receiving interest and guys like Darren Erman, who have traveled throughout the league, a potential assistant coach hire could rise through the ranks relatively quickly. Even if Payne or Bryant move to a collegiate coaching position, it’s an upgrade and a good look for the Knicks.

As far as Aller goes, this offers a chance to move up through New York’s ranks. If the Cavaliers offer Aller the GM job, the Knicks should counter with a GM job of their own, as Scott Perry enters the offseason a free agent with little to no conversation about bringing him back. If Aller does move up into a larger role, then that would open another avenue to add a smart hire to New York’s front office structure, with the chance of moving up in the future.

New York could replace Woodson with a veteran coach, or look back into their Rolodex of coaches interviewed this past season for a potential replacement. Dallas’ Jamahl Mosley, Chicago’s Chris Fleming, San Antonio’s Will Hardy, and Orlando’s Pat Delany are all coaches who received interviews this past offseason with the Knicks. Fleming and Mosley are intriguing names; Fleming has had success boosting Chicago’s offense over the last two years, while Mosley fits with Thibodeau as a defensive-minded coach.

No reports have attached him to the Knicks, but one smart move would be poaching Raptors 905 general manager Chad Sanders. Sanders was named G League Executive of the Year this past season and could be on the verge of a promotion. The Knicks, if they wanted to get aggressive, could look to add Sanders to their infrastructure, similar to Aller, Perrin, and Zanin the year prior.

Look at teams like the San Antonio Spurs, Oklahoma City Thunder, and Houston Rockets—three prime examples of on-court success over the last two decades, who also navigated various coaches to benches and front office people to high executive roles. While not everyone has worked out at their next location, this allows the previous team to offer a viable position to move up through the basketball world.

The New York Knicks dodged a bit of a bullet by retaining Johnnie Bryant and Kenny Payne to the coaching staff. Woodson will be missed, but the Knicks are stable with veteran coaches. What this showed that the Knicks are not only moving in the right direction on the floor but off the floor as well, with various coaches and executives getting looks for high-ranking positions across basketball.

With the departure of Woodson and the potential departure of Perry, the Knicks could hire from within, or dip into the talent pool of another club, promote them to a higher position in New York, and continue bringing in smart minds to put around Thibodeau and Rose.