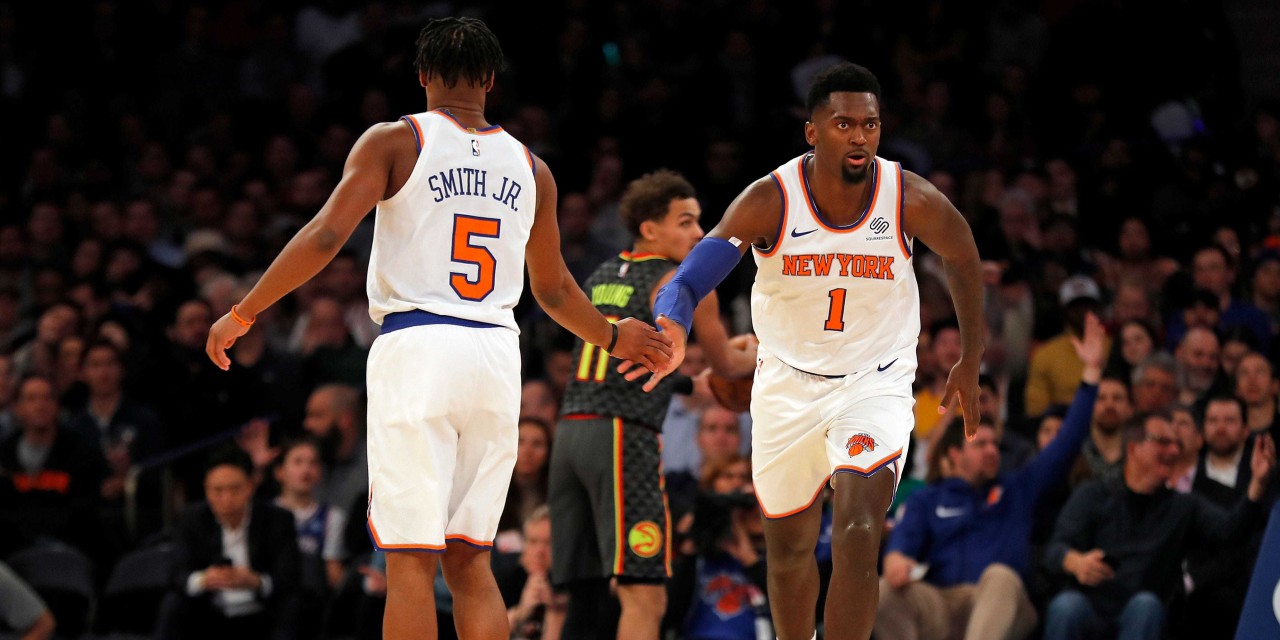 The Knicks made quick work of the visiting Hawks on Tuesday, evening their record in interim head coach Mike Miller’s tenure.

Can we get the Atlanta Hawks on the Knicks schedule more frequently? The New York Knicks (7-21) made easy work of Atlanta (6-22) on Tuesday night at Madison Square Garden. Bryan Gibberman recapped the 143-120 win on another edition of Knicks Quick Hitters.

It was a complete team performance from New York as they improved their record to 3-3 under interim head coach Mike Miller. New York was 4-18 with David Fizdale in charge, including double digit losses to the Cleveland Cavaliers, Sacramento Kings, Detroit Pistons (without Blake Griffin or any point guard), and Chicago Bulls.

Third-year point guard Dennis Smith Jr., who had been benched the past three games, had an excellent outing; Kevin Knox strung together a second straight game of not being terrible; Mitchell Robinson and R.J. Barrett each tallied a career-high in points; and Marcus Morris put up 22 points on 11 shots.