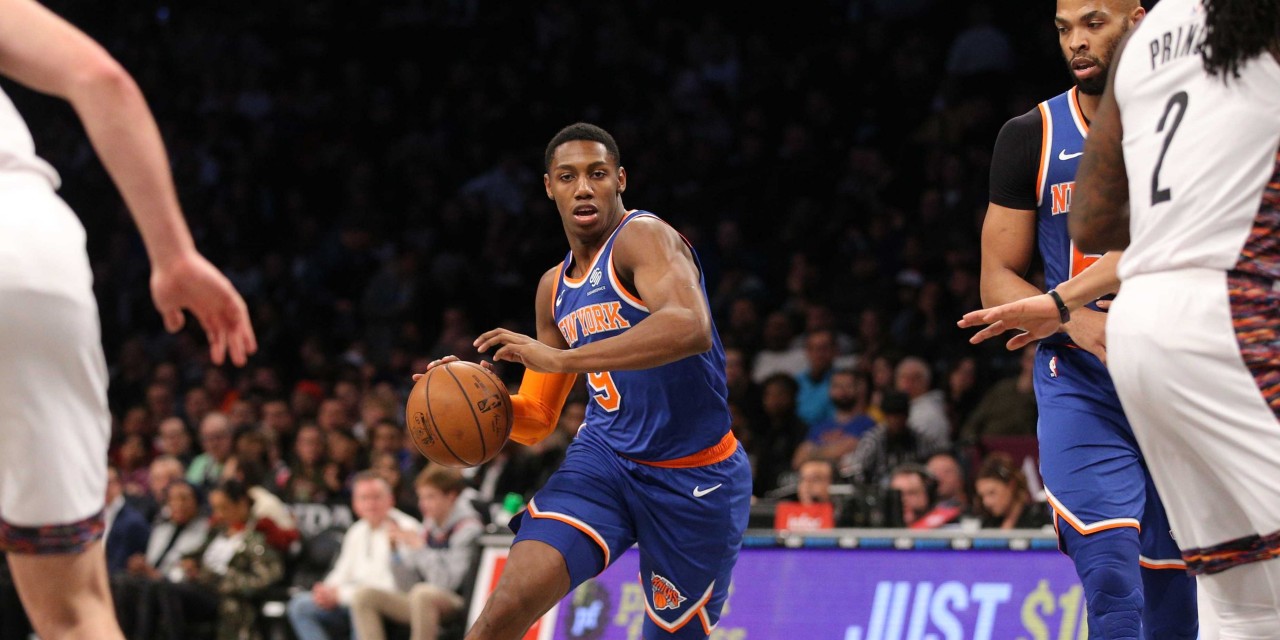 In the Knicks Quick Hitters podcast, Bryan Gibberman details how the ‘Bockers waited out the storm that was a poor effort from the Nets.

It was just like the good ol’ days Thursday night at Barclays Center—the New York Knicks (8-24) looked like an NBA-caliber basketball team and the Brooklyn Nets (16-14) were jokes. It was a nice reprieve from what’s become the status quo over the last season and a half.

Bryan Gibberman discussed how New York was able to roll past Brooklyn 94-82 for their eighth win of the season on this edition of Knicks Quick Hitters.

The Nets offense disappeared and Mitchell Robinson had his fingerprints all over the game. Brooklyn shot under 30% from the field and 30% from three with the second-year center being a force in the paint. He cut off drives and protected the rim all while staying out of foul trouble.

A new lineup was introduced to close the game with Elfrid Payton, Daymean Dotson, Marcus Morris, Julius Randle, and Robinson playing together. Substituting Dotson for rookie R.J. Barrett gave the group more balance since Dotson is a threat from behind the arc and doesn’t need the ball in his hands.

Check out the pod for more discussion about that and much more.