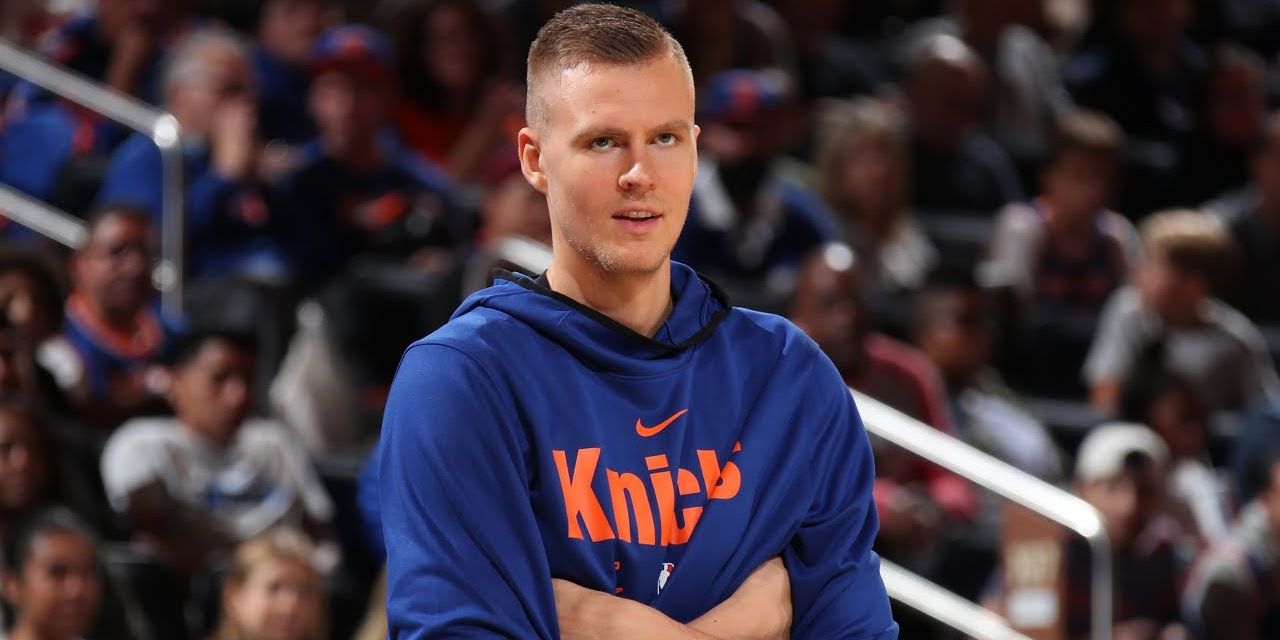 Another flare up between the Knicks and franchise cornerstone Kristaps Porzingis boiled over via social media posts and miscommunication.

Kristaps Porzingis is not here for any fake news.

Yesterday we received a status update on Porzingis’ rehab, and word is that it was stuck in neutral. The money quote that floated around came from head coach David Fizdale, who had this to say to the Daily News.

“He’s still kind of there,” Fizdale said. “Not huge jumps.”

Porzingis caught wind of the story and took a page out of the Carmelo Anthony Book of PR, by responding on Instagram.

KP responds to reports that he hasn’t progressed past light jogging pic.twitter.com/Xsqpks6z39

Now that Porzingis put that to rest, let’s talk about the real story here—who was Kristaps responding to?

The clear cut answer is David Fizdale. He posted a picture of himself sprinting, which would be a direct response to Fiz’s claim that KP has not progressed past light jogging. If Kristaps did take exception to the quote, then Fizdale must tread lightly himself. His downfall in Memphis was a fractured relationship with Grizzlies star Marc Gasol. Any hint of a rift with Porzingis and the tabloids will be buzzing.

The more likely target of the “IG clap back” is the front office, Scott Perry and Steve Mills in particular. Don’t forget, Fizdale has to follow whatever mandate he is given from above. Everything we have heard about Porzingis from Mills and Perry has been a pump-the-brakes approach.

Porzingis and his camp have been transparent throughout his rehab, even documenting the early stages for a YouTube mini-series. In that mini-series we are told by KP’s doctors that his injury was not nearly as severe as it could have been, and that he was on track for his 12-month return.

Fast forward to September. Porzingis continued to rehab in Spain at Real Madrid’s world class training facility. He was feeling spry enough to cannonball off a yacht in Ibiza.

Unless there was a setback we are not aware of, Kristaps should be able to return around that 12-month timetable. The front office seems to have had other plans. At the town hall meeting prior to the season you got the sense that Perry and Mills were being coy on their star’s return.

“Our goal is to not to do anything that jeopardizes KP’s future as being one of the foundational pieces of this team,” Mills said at the town hall event before the season. “He’s back. We’ll have some medical evaluations this week and we’ll start to develop what the right plan is for him to come back. But we’re not going to do anything to jeopardize the future of the franchise. We’re going to stay true to that.’’

I can give you three good reasons the front office wants to hold Kristaps out as long as possible, and they’re all in Durham, North Carolina. Perry and Mills were in Indianapolis to watch the debuts of R.J. Barrett, Zion Williamson and Cam Reddish. They know to land one of those three a lot of losses will be required. Add Kristaps to this current mix of feisty young guys, and you can kiss any hopes at a top-three pick goodbye.

What Mills and Perry have to make sure is that Kristaps is kept in the loop. According to Perry, they have a good relationship with Porzingis and his camp. Has the connection stayed fluid after the lack of a contract extension?

Kristaps felt strongly enough about this that he went out of his way to take back control of it. The Knicks are in a good place right now as a franchise, arguably the best it’s been this century. Still, you get the sense that there might be an impending clash between Porzingis and the team about returning to the court. Let’s just hope last night was a ripple in otherwise calm waters.