Porzingis Rises But Bottom Falls Out from Under Knicks in OKC 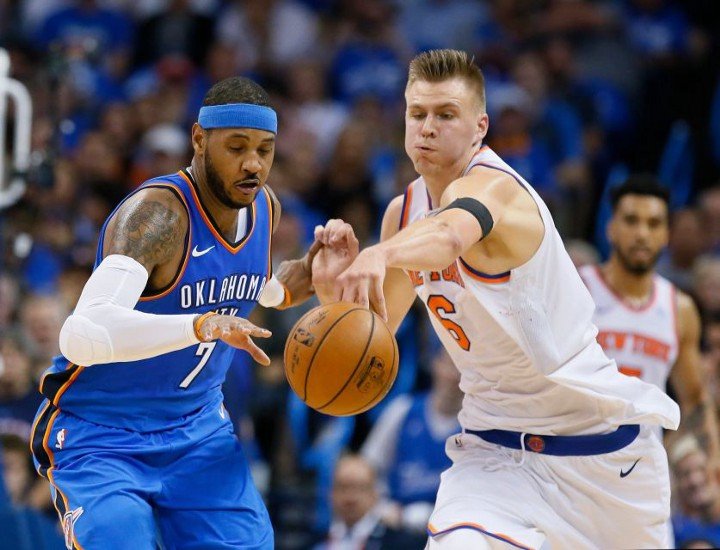 Carmelo Anthony and his new team handed the Knicks their first loss of the season, downing New York by a score of 105–84.

The Knicks were defeated by the Thunder on Thursday night in their season debut. Despite a spirited first-half effort, the Knicks ended up slowly falling apart down the stretch, succumbing to a fruitless bout with turnovers and a Thunder offense that began to percolate as time went on. Oklahoma City should be one of the best teams in the league this year, so a loss was the expected result, but that doesn’t mean we can’t have moral victories! That’s the theme of this year. Your 2017–18 Knicks: Moral Victories Abound, Real Victories Nowhere to be Found.

The Knicks will be back in action against the Pistons on Saturday in their home debut at 8 P.M. No matter how bad the Knicks are, the Garden will always be there for them, so expect a lively crowd. It may be a long season, folks, as we expected. Stay tuned.