The Potential Fit of Christian Wood and the New York Knicks 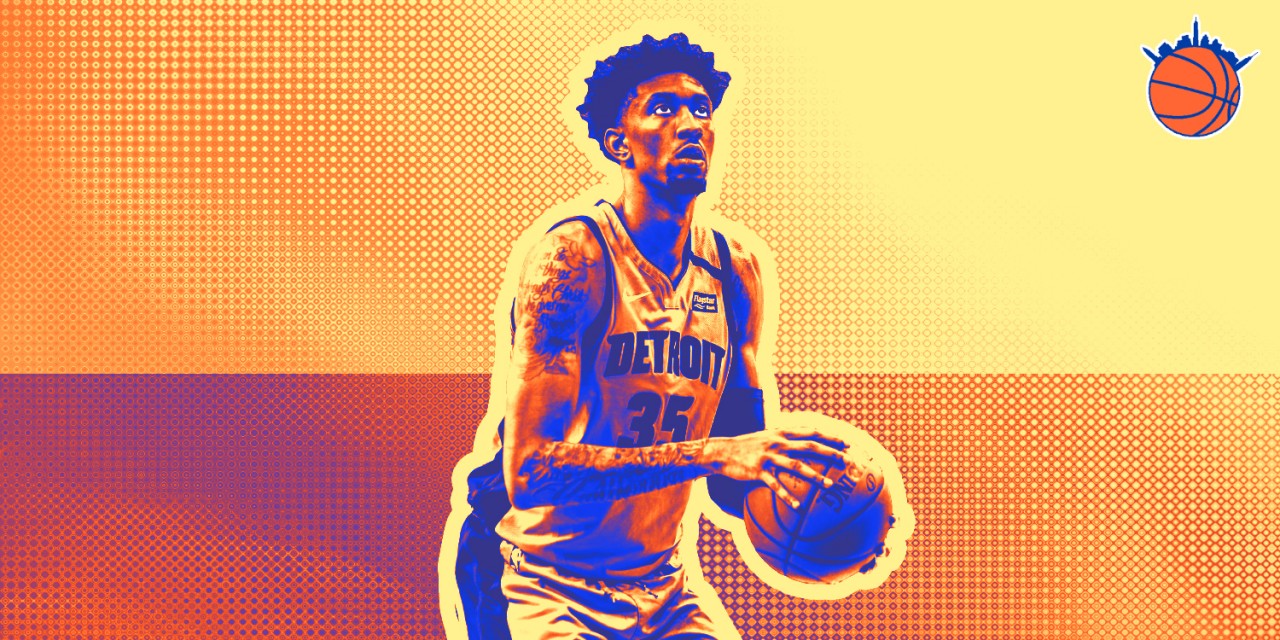 Pending free agent power forward Christian Wood of the Detroit Pistons would be an excellent long-term piece in the Knicks frontcourt.

The New York Knicks are in a rare spot in the NBA where they need players who fit around their young core, but they also need more talent as well. The trio of R.J. Barrett, Mitchell Robinson, and whoever they select with their first-round pick in the 2020 NBA Draft will be viewed as players the Knicks need to build around for the foreseeable future.

And right now, between Robinson and Barrett, the Knicks lack shooting among their core players. Veterans like Wayne Ellington and Reggie Bullock could soothe those issues, but the Knicks will ultimately need more shooting and talent to get this team over the hump from lottery fodder to playoff challengers.

Christian Wood is an intriguing free agent target who hits both the need of talent and fit for the New York Knicks.

After watching the Knicks sign a myriad of power forwards this past offseason, suggesting they sign another sounds suboptimal. However, the Knicks will soon find themselves once again looking for the correct fit in the frontcourt alongside Mitchell Robinson.

Enter Christian Wood. Among a weak free-agency class at the top come several interesting players who can fit and thrive on teams with a considerable top three already in place, or a team looking to add free agency talent to blend and further develop with a young core. The Knicks are firmly in the second group.

While players like Fred VanVleet and Davis Bertans are both 27 years old entering free agency, Wood aligns better with New York’s young core, slotting in at 24 years old as he becomes an unrestricted free agent.

If there’s anything to say about Wood’s game, it’s that he has room to grow as a player.

This past season, Wood was a revelation for the Detroit Pistons, averaging 13.1 points, 6.3 rebounds, and 1.0 assists. More importantly, he shot 56% from the field and 38% on his threes, while taking two three-point attempts per game. Part of Detroit’s trade of Andre Drummond was attached in getting more minutes for Wood in the second half of the season.

His per game numbers don’t totally do him justice either. He’s also efficient at three key areas in his game. Per NBA Stats, here are three key areas for Wood this past season:

The 44.2% percentile for his cut plays covers the fact that he made 60% of his cut field goals; Wood was one of the better players in the entire league in both as a spot-up player and a roll man. Throw in his 40.4% shooting on his catch-and-shoot three attempts and you have the makings of a dynamic offensive threat.

The New York Knicks will have an offseason to not only right some of the wrongs of this past offseason, but to find the right path and rebuild the roster around their young talent. That will involve targeting some players who can elevate both the ceiling and the floor of the roster, while also fitting their current timeline.

Christian Wood is a free agent target who checks every box. His shooting would be a solid fit alongside Mitchell Robinson in the frontcourt, he’ll serve as a solid roll-man option for whoever ends up as the starting point guard and, at 24 years old, and he has plenty of room for improvement after his breakout season in Detroit.