A Preliminary Overview of the 2022 NBA Draft Class 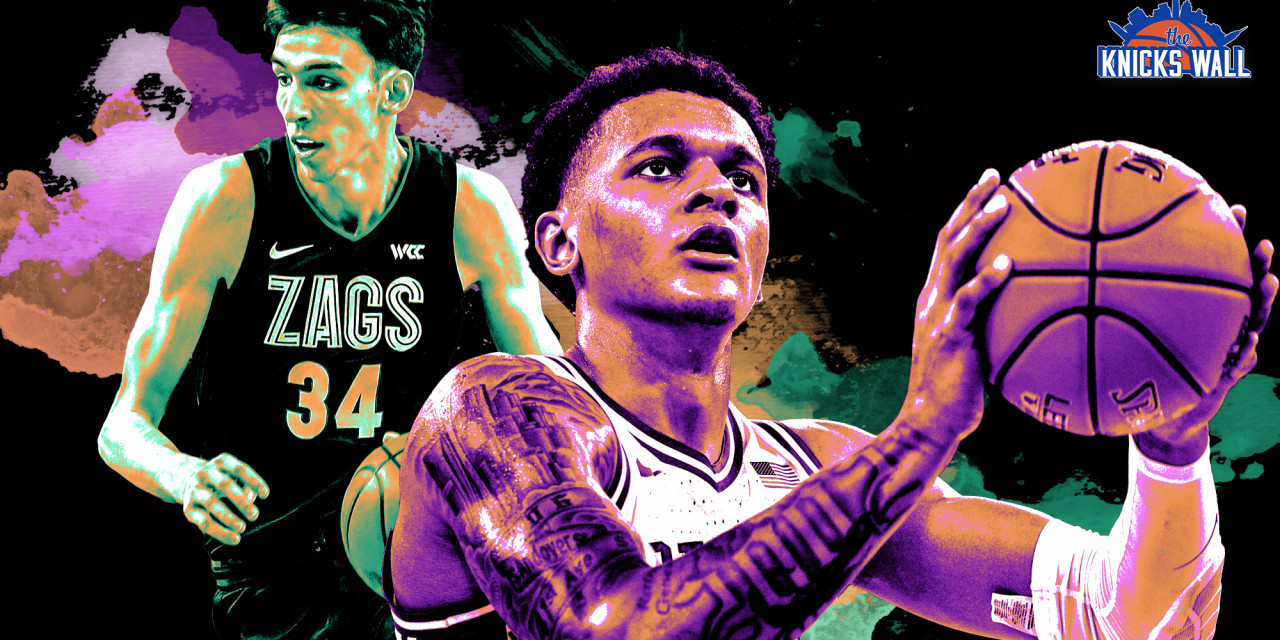 The 2022 NBA Draft class doesn’t offer many franchise-saving talents for the Knicks. But it does offer impressive depth and a lot of shooting.

There comes a time every year during the New York Knicks’ season where we start to check our big boards and look towards draft night in June. Whereas last year that time did not come until after the playoffs, this year it may be coming sooner than we would have hoped. While we may not be there just yet, I am here to help you whenever you reach that point on your journey with the 2021–22 Knicks.

We are coming off a loaded 2021 draft class that has already paid dividends off early in their rookie years with the stars from last year’s class being as advertised along with fun flashes from guys in and out of the lottery. You have players like Alperen Sengun and Franz Wagner, who are putting on shows in their roles, along with the Knicks’ own Quentin Grimes, who is proving to be a worthy starter already.

This upcoming class has a very different pre-draft expectation compared to the way that we talked about last year’s class. This class has a clear three-headed monster of “Tier 1” prospects, but those players—Jabari Smith Jr., Chet Holmgren, and Paolo Banchero—all possess potential flaws in their games that keep them from being clear-cut franchise star prospects. After that, there is another handful of prospects that are clear-cut lottery picks. Beyond that, it is anybody’s game.

Unlike years past where the top 5-10 picks are known well in advance of the draft, there is a lot of variability amongst the prospect evaluations in this draft class. There are guys you will see rated in the top five on major media outlets that many people do not have ranked in their lottery. Unfortunately, that is not because there are so many high upside-type prospects either, this class is filled with role players.

A case can be made that there are only 10-15 guys locked to go in the first round—a significant drop from normal. While the flip side of that means that there is a higher percentage of guys falling in that next tier that would be considered late first/early second-round projects depending on the board and that can make some teams very lucky if there is a guy they value that falls that deep to them. A big part of that reason is because of the kinds of prospects that we see in this class, one that is not filled with super complete players, which lowers the theoretical “ceiling” of a prospect.

Of course, there are positives to be found because role players do serve a “role” in the NBA. So if you are not looking for stars, you can certainly find prospects with which to fall in love among this class. The fact that there are so many role players means there is quite a variety allowing teams and fans alike to prioritize different aspects or find different fits changing the evaluations significantly. That is what happens when there are guys that are more one-dimensional, or even more so, pigeonholed into some imaginary boxes due to limitations on the court.

Unfortunately for the Knicks, this class is short on the two things that many would consider the most pertinent needs going forward. This is a collection of prospects that is strangely devoid of lead guards. If anybody is holding their breath for the Knicks to find their long-term point guard option in this class, they are going to keep waiting. Likewise, the options for a big man to potentially replace Mitchell Robinson or at least back him up are slim pickings in this group.

Depending on how you view certain players within the Knicks organization, it could change how you view their need for a wing. There will be plenty of wing prospects available for the Knicks no matter where they land in the draft. If they are looking to upgrade on a player like Kevin Knox, they could potentially take a guy in that archetype that may not have as high of a ceiling as Knox was once projected but could have more potential to contribute than what Knox currently gives. That will be the big conversation as draft night approaches, as always the “floor” and “ceiling” debates will rage on but this draft class so severely lacking your “high ceiling” players will certainly change the narrative at how we evaluate it.

While it remains to be seen where the Knicks will be drafting in this class, it is still fully possible that they will right the ship and draft later in the first, but also just as likely that they will continue to falter and find themselves back in the lottery after a year off. In a class without a star, that may not be the worst thing; it could also present the Knicks with more options in regards to trading or rearranging their assets and draft capital.

What this class does have, however, is shooting. Not only does it have shooting, but it has a lot of different types of shooters, which is important when looking at the potential roles these players may fill in NBA rotations. This group of prospects is heavily made up of wings of all different shapes and sizes. Many of them are specialists on either side of the ball and will have a chance to prove themselves in a role due to the shallowness of this draft.

We have seen a significant influx of one-and-done prospects over the last decade, and while this class still has its fair share of those players, there are more second- and third-year players than I can remember in recent years. It does not help that the international draft class this year is similarly weak and does not have many guaranteed first-round picks at all compared to recent years with multiple international players in the lottery alone. This all makes for a very interesting draft class and one I look forward to diving deeper into as we get closer to draft night.

The front office has a lot of questions to answer and still has a lot of room to improve, but their draft record is impressive in the past two years. They have drafted players that have helped enough to drive the fanbase crazy when they don’t get enough playing time. That is something Knicks fans have to be optimistic about as the summer comes around. While this draft doesn’t have a lot of star power, the Knicks have a lot of flexibility and room to maneuver within the draft.

We saw a lot of wheeling and dealing in last year’s draft with team president Leon Rose showing he can be aggressive with moving around and still get his guys. This year there will be a good chance that happens again since the variety in big boards shows that team fit will change guys’ trajectory. If you look at a big guy like Jalen Duren out of Memphis, who is top five on some mock drafts and a low first-rounder in others, that could give the Knicks to grab a guy they like if he falls to them or try to get a king’s ransom if somebody else does.

While this draft won’t turn heads, it will show us a lot about what teams value by the specific skill sets they target. Nobody would be surprised to see the Knicks lean into Tom Thibodeau’s defensive mindset and draft a defensive stopper like Alex Fudge from LSU or continue their recent trend of prioritizing shooting and take Patrick Baldwin Jr. (PBJ) from the University of Wisconsin-Milwaukee should he fall to them.

Especially if things don’t get better for the Knicks soon, you will see more fans and attention turning to the NBA draft. There is one certain thing, there will be plenty of things for Knicks’ fans to argue about and yell at each other for on the internet. I for one, am looking forward to the discourse as I am sure that the Knicks fans will be rational and even-keeled about it as we move forward.

»READ: The Knicks must maximize this window of opportunity