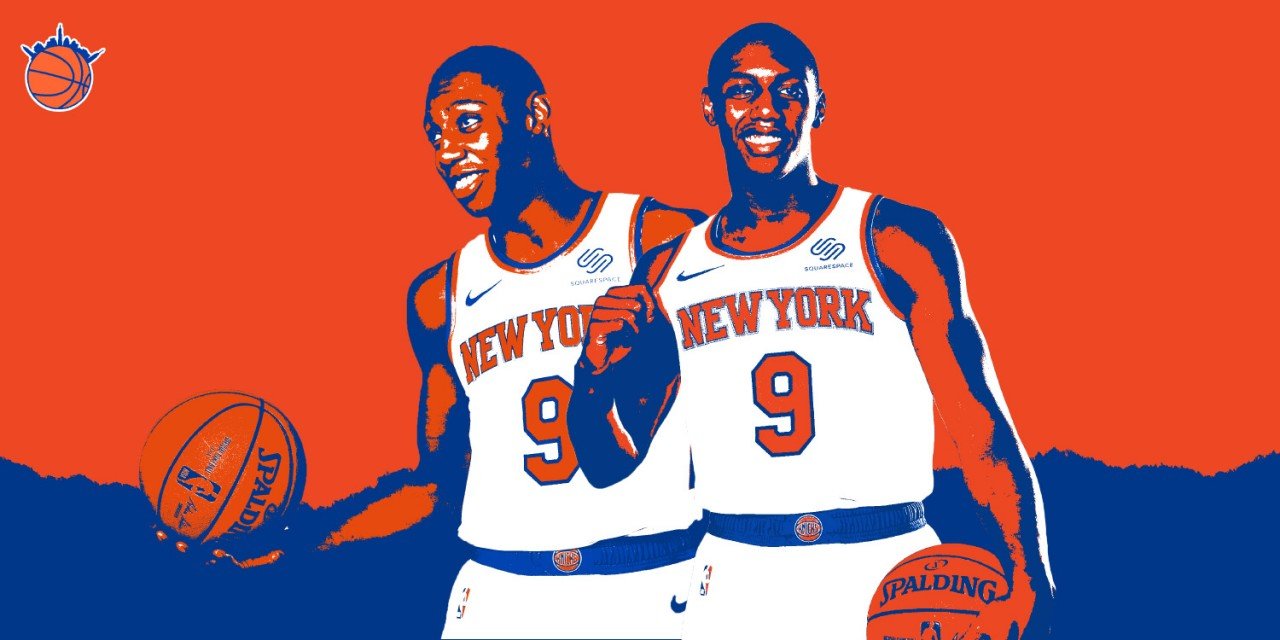 The much-scrutinized third overall pick by the Knicks had an impressive first preseason outing, but will RJ Barrett pull it together as a rookie?

R.J. Barrett is coming in to the league with a lot to prove already. Potentially a crown jewel of the Knicks’ decades-long rebuild, the third overall pick has talked a big talk leading in to the season. Every draft pick says he’s excited to play in X place he’s drafted, but you can feel it with Barrett. With his rookie year upon us, what should we expect from the neophyte?

Like pretty much all rookies, he’s going to be inconsistent from the get-go. Barrett will probably start right out of the gate; according to our Summer League announcers, he’s been showing up super early and working his butt off in practice to actually earn the spot. There’s no saying whether or not to chalk that up to the Knicks propaganda machine hyping up another rookie, though.


In his first preseason appearance, Barrett looked tentative the first half after missing a few open triples. Then he stepped on the gas as the feature man with the second unit in the third quarter to lead the Knicks on an energy run. Barrett looked a lot more active on both ends when the rock was moving on offense and he could touch the ball every possession. At times, though, he was mitigated to floating around the perimeter while other players worked a two-man game, and would become slightly disengaged on the other end. That first preseason game was a good microcosm of the type of season we can expect from Barrett. That being said, here are the main things to watch for in his rookie year.

Basketball is at its purest, most beautiful form when all five guys on a squad are moving in unison, like a well-choreographed dance. Some famous coach once said that a great defense moves like five guys on a string. That applies not only to good help defense, but also smart positioning and motion off-ball on offense. These are two huge areas for growth for Barrett in his rookie season and can be good barometers for how impactful he’ll be on the team, aside from the counting stats, which he should accumulate.

Being able to communicate non-verbally, with eye signals, or just knowing other guys’ tendencies helps when making sure the team operates on a string. Barrett was an abysmal help defender in college, so building that chemistry with teammates through the season should help him become a more trusting defender. If you leave your guy, someone else will cover or split the difference between his and your man.

Barrett mostly operated with the ball in his hands in college, as a de facto initiator. Again, he would disengage when he was stationed to chill around the perimeter. To have success, at least initially, he must stay engaged without the ball in his hands. That means understanding where other teammates are or are going at any given time and making sure to fill the gaps to keep space open, or cutting behind when it’s appropriate. He’s so talented at overwhelming people with short bursts of intensity; Barrett could be a really dangerous cutter. In the first preseason game, he was on the receiving end of four assists from Julius Randle, so he’s already starting to build that two-man game. It remains to be seen if he’ll be able to stay active as a cutter when ball-dominant guards like Elfrid Payton or Dennis Smith Jr. are operating pick-and-rolls from the top of the key.

MY VEINS. INJECT IT. pic.twitter.com/c8IImYDaTv

Probably the biggest knock on Barrett coming out of college was his tunnel vision and decision-making. Nobody questioned that he was a capable passer, it was just whether he was capable of being a willing passer. He would often appear to decide in advance of his drives whether he wanted to take it all the way to the hoop or look to dish. If a help defender or two got in the way, he would still be determined to do the move he had planned on. This quick-hitting decision making will probably be even worse in the NBA to start because everything is moving at an even faster pace. Other staff members of The Knicks Wall have argued that his not passing to the corner when he got triple teamed on the drive was more a result of being surrounded by terrible shooters in college than an unwillingness. We’ll see if he is able to make those reads more frequently at the next level and avoid leading the league in charges.

While he is a ferocious and energetic on-ball defender when he’s locked in, Barrett is blissfully unaware of most action happening on the court not involving his man. He says defense is the main thing he’s working on right now, but so did Enes Kanter last offseason, so that means nothing to me until I see actual progress.


In the lone preseason game, Barrett fought very hard to get over screens and impact plays from behind. Fighting doesn’t mean he did a great job getting through them, but footwork and most efficient angles are learned skills. The effort level is more innate. It’ll be fun to watch this season whether he improves at making smart defensive reads, especially off-ball, or not.

Will he be able to put it all together this year and win rookie of the year?

No. Zion Williamson is the real deal. None of these “things to watch for” are going to get better overnight. Barrett is physically ready for the league, but the pace at which everything moves and decisions need to be made will probably be a big learning curve for him. In his rookie year, we’re mostly just looking for progress and foundations to build off of. There is no reason to overreact to any given knuckle-headed play or highlight.

Barrett should give us around 15 points, five boards and two or three assists a game, which will make fans happy. But the true tests for whether he can be a franchise-changing level of player will be in the subtleties and quick decisions and reads he makes, as those will portend a player who can combine his physical gifts with an advanced understanding of the game. And hey, maybe he’ll win most improved next season.

»READ: How to maximize RJ Barrett in year one