Pushing Off Boards: How Have the Knicks Followed Through on Pace? 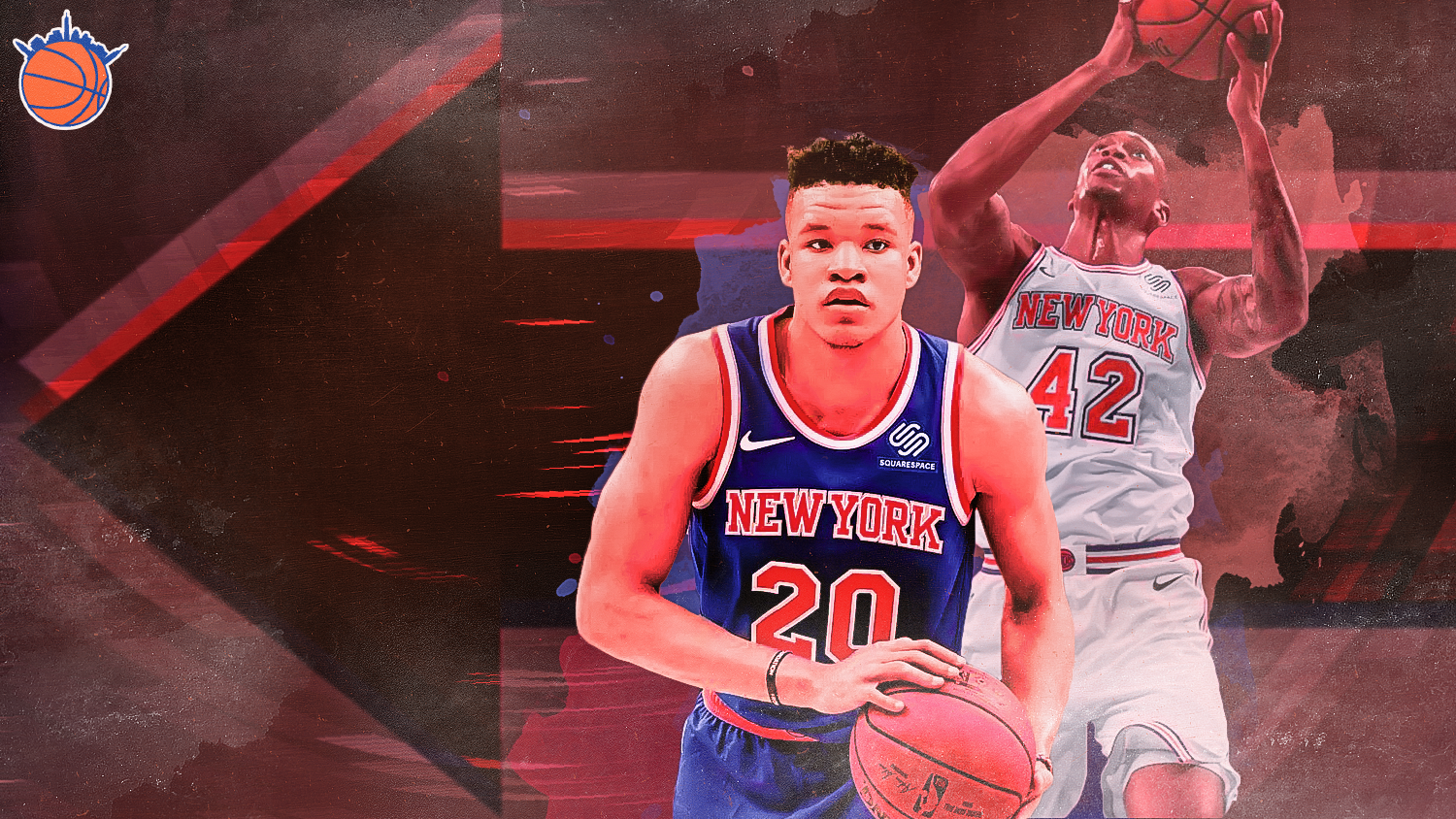 David Fizdale made it clear that the Knicks would pick up the pace this season—let’s look at how well the team has backed that up through three contests.

Last season, the Jeff Hornacek Knicks were supposed to transform into some semblance of the pace-and-space offense that the former coach brought the Suns to a surprise 48-win season with. The Knicks were definitely not spacey, ranking 29th in the league in both three-pointers attempted and made. Neither were they pace-y, also ranking 29th in fastbreak points, per NBA Stats.

With Coach Fizdale in tow, modernizing the offense was on the top of the list. We’ve been told to expect shots in the paint and three-pointers, as well as pushing the ball in transition to find mismatches and opportunities for easy buckets. The three-point shooting personnel isn’t all there yet, but they’ve come out firing in the first three games, attempting 32 per game, which would have been sixth in the league last year.

Getting out in transition has been a major point of emphasis for Coach Fiz as well. After almost every board, he’s waving his arms, miming “GO, GO, GO!” He said before the game against the Nets that he wants to run his guys into the ground and planned on going deep into the bench to make sure everyone had the stamina for the up-tempo style of play.

Apart from steals (Knicks were 29th in steals last season), the best way to get out in transition is to push the ball immediately after defensive rebounds. When you do that, even if the other team gets back in time and you’re forced to pull it out, they’re a little more gassed from having to get back and the Knicks have more time to operate with on the shot clock (always a good thing).

Often times, the Knicks struggled with getting out after defensive boards last year, as Enes Kanter would gobble a board and do a little dance where he shakes his elbows around to clear out space before lobbing a pass over to one of the guards as the rest of the team jogged up the court.

When our Michigan guys would try to push off the pass from Kanter, they would often find themselves the only ones racing ahead and charging into a 4-on-1, forcing them to pull the ball out. Tim Hardaway Jr. did sometimes try to take it in 4-on-1 though, and yes that is “transition offense,” but it’s certainly not an efficient form of it.

Early this season (and in the preseason), we’ve seen a dramatic change in the Knicks’ attitude after defensive boards. When Kanter grabs a board, he flips the ball immediately to a guard calling for it, and the rest of the Knicks run up court to fill the lanes and keep defenses from collapsing on the man trying to get to the hoop.

Kanter has also been ceding some rebounds to guys like Kevin Knox and (occasionally) Hardaway Jr. who are ready and willing to get up court quickly. In fact, in the preseason game against the Wizards, Knox scored three buckets going coast to coast off defensive boards. Once the 6-9 rookie gets moving in the open court, his long strides make him a dangerous weapon. Kanter using his ginormous frame to box out and let his roadrunner young guys grab the boards can only lead to good things.

Look at Timmy grab a board here and immediately push it up to Burke. He trails the play and winds up with an open three at the end of it. The early action from Burke and Dotson scrambles the D enough that nobody locks in on THJ:

Noah Vonleh may actually be one of the most important pieces the Knicks have to the ends of pushing the ball. He’s been a beast in his limited minutes, scoring 21 points and grabbing 29 rebounds in 50 minutes through his first three games as a ‘Bocker. He’ll have deservingly earned himself a regular spot in the rotation—and even more minutes going forward.

Vonleh is really quick for his size, and Fizdale is smartly trying to exploit that. This is what he said about Vonleh in the preseason, per The Athletic’s Howard Megdal:

“The first day we got him for pickup, the first thing I told him was, ‘If you rebound the ball, push it.’ Cause big guys love that crap. And turns out, the kid’s got a great handle.”

This clip feels almost emblematic of the way the Knicks have been playing in the early going this season. As soon as Dotson contests, he’s off to the races. Vonleh grabs the board and turns on the jets, with Ron Baker out ahead of him. Baker gets down to set a screen for Dotson to come out of the corner for a dribble handoff with Von into an open shot.

The Knicks have finally assembled a team capable of running and gunning and a coach who encourages it. There will certainly be some ugly moments this season where Hezonja jacks a contested triple early in the shot clock and calls it “transition” offense. When talking about what mistakes he’s okay with his young guys making, Fiz said he’s fine with execution mistakes—as long as they’re not selfish ones. It’s great the Knicks have made getting out in transition a priority this season, but the team still needs to internalize the coach’s message and play with more discipline in the open court going forward.