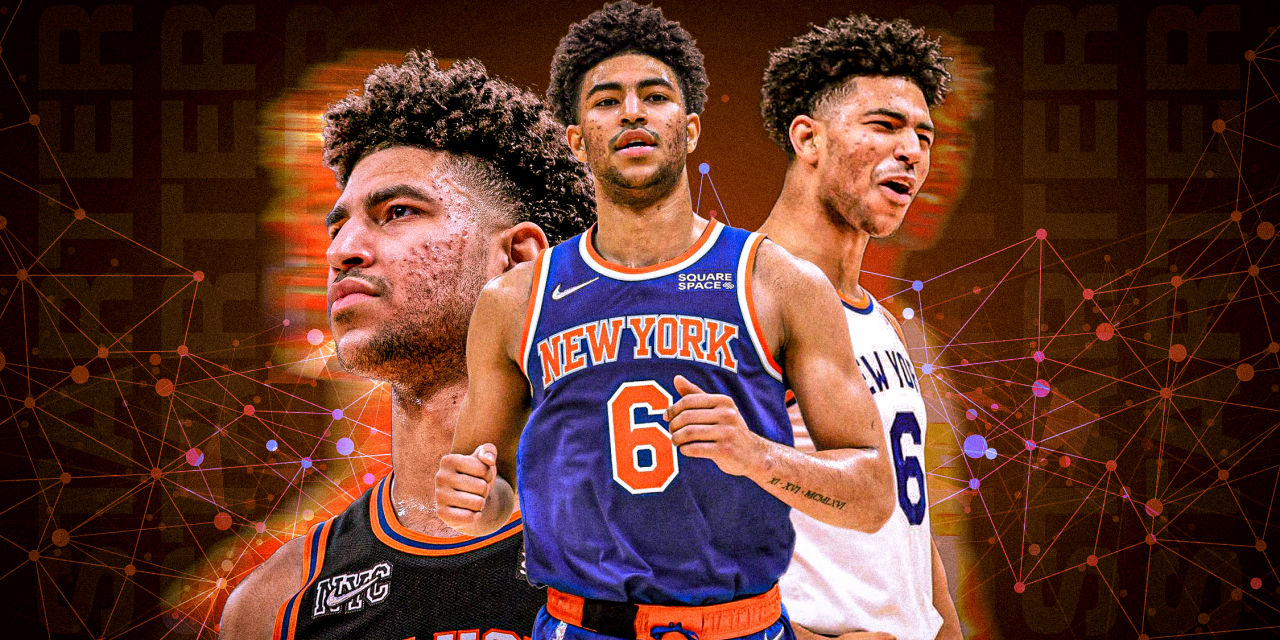 The Knicks have made a long-awaited adjustment, promoting Quentin Grimes into the starting lineup in an effort to juice their roster balance.

Grimes, coming off a sore foot that has sidelined him to start the season, had a relatively quiet preseason due to the same nagging injury. Speculation that he would be the replacement for Fournier in the Knicks’ starting lineup given his solid defense and lights-out shooting from deep began mounting last season and reached a fever pitch when reports broke that Grimes was viewed as “untouchable” in Donovan Mitchell trade talks.

Grimes averaged only six minutes per game last season, but shot a solid 38% percent from three and averaged six points, two rebounds, and an assist per game. He also broke the rookie record by a Knicks player for most three-pointers made in a game against the Milwaukee Bucks last season, knocking down seven threes in his first career start.

The move comes as calls for change to the starting lineup from last year’s disappointing season begin to bleed into this one, and as the team helmed by Thibodeau has yet to still fully embrace its depth.