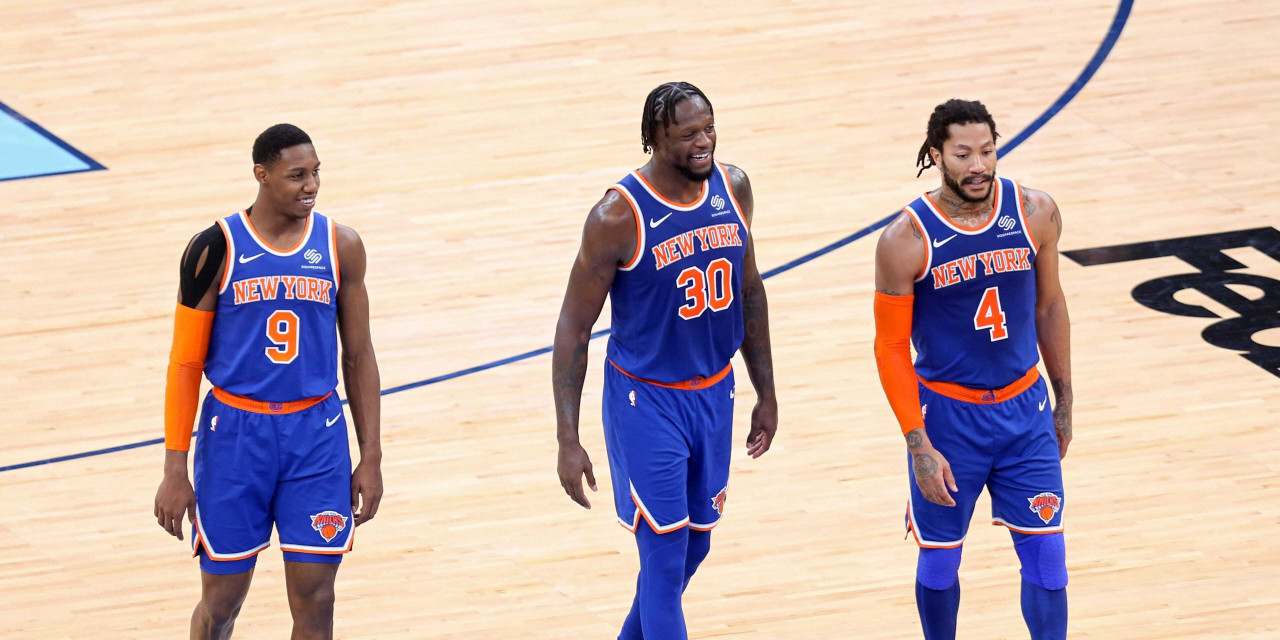 The Knicks’ schedule for the upcoming season has been released. New York will be featured in more nationally televised games following their playoff run last season.

The New York Knicks’ schedule for the 2021–22 season has been released. The NBA will return to a full 82-game schedule after playing a shortened, 72-game schedule last season.

The @NBA has officially released the Knicks schedule 📅 pic.twitter.com/QAlXtP9BhH

Coming off of a surprisingly successful Knicks campaign, the energy in New York was palpable and far too big to ignore. The NBA responded by putting the Knicks all over their slate of nationally televised games.  New York will appear on national television 29 times this season—18 times at home and 11 away, making it the seventh-highest total in the league.

New York’s national slate starts with their very first game, as they open their season against the Boston Celtics on October 20th on the second night of the NBA’s opening week. The remaining three games against Boston will also be nationally televised. All four of the Knicks’ games against the Brooklyn Nets will be nationally televised, too, as the league looks to tap into the energy of the brewing crosstown rivalry. The first matchup is Tuesday, November 30th.

Three out of New York’s four matchups with the Philadelphia 76ers will be broadcasted nationwide, as will two of their matchups each with the Atlanta Hawks, Milwaukee Bucks, Los Angeles Lakers. The Knicks have a six-game stretch from February 16th to March 6th that will exclusively be on ESPN, save for one ABC appearance.

As the NBA celebrates its 75th anniversary, it will play five “Classic Matchups” to commemorate key dates in league history. The Knicks are featured in three of those games (more than any other team), facing the Toronto Raptors, Golden State Warriors, and Celtics. New York is back to playing on Christmas Day, as they host the Hawks at noon ET.

Throughout the 2021-22 regular season, the NBA will feature #NBA75 Classic Matchups to celebrate the teams, players, coaches and moments that have defined 75 years of NBA basketball! pic.twitter.com/NYxx48KqXS

Only 12 of the Knicks’ games this season come on the day after a game, which is tied for the lowest mark in the league.

A four-game stand at Madison Square Garden occurs thrice on the Knicks’ schedule, all of them coming in the second half of the season, taking place in January, February, and March. The February stretch is split in half on opposite sides of the All-Star break. Eight of these 12 games come against playoff teams.

The Knicks’ toughest stretch of games may be their March road trip, which starts and ends with visits to their in-division rivals and features a five-game West Coast visit in between. Only one team in that stretch, Sacramento, failed to make the playoffs last year.

Having all four games against Brooklyn on national TV excites me. The rivalry is more than just teams that happen to share the same city; both clubs are serious playoff contenders now. Relitigiating the intense matchups with the Hawks, including the opening game on Christmas Day, should be fun, as should the games against the new-look Lakers.

The beginning of the schedule looks like the easier part, as many of New York’s first 20 project to be in the middle of or the back of the pack in their respective conference, including three games against the tanking Orlando Magic. Games no. 59 to 69 seem like the toughest stretch of the schedule: the long road trip that begins after a three-game stretch against Brooklyn, Miami, and Philadelphia. The homestretch of the season doesn’t feature too many contenders, which should provide some relief in the standings if the Knicks need it.

Seeing the Knicks featured so prominently on the national TV slate is a terrific sight to behold. It feels like the Knicks are earning their appearances with their performance rather than simply having the luxury of being located in New York City. Of course, being in one of the league’s marquee markets is a big reason why but now it’s not the only reason. The Knicks are a hot item once again because they’re coming off of a fourth-seed finish and project to be a better team.