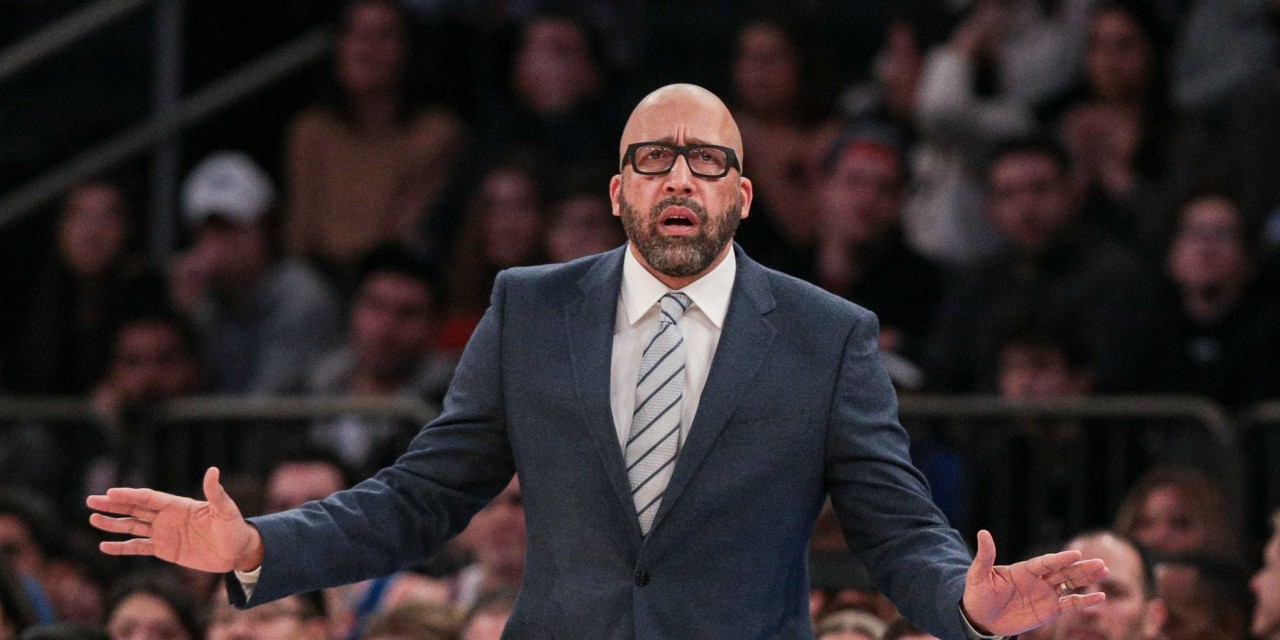 David Fizdale will no longer coach the New York Knicks. He shares part of the blame in what is shaping up to be the worst season in franchise history.

David Fizdale’s time in New York is officially over. His fate never felt in question—and not in a good way—after Knicks top brass Steve Mills and Scott Perry’s 10-game press conference. A day after that press conference, reports circulated that Mills is already prepping a plan in place for the inevitable dismissal of Fizdale.

Since then the Knicks have won two more games; when they faced legitimate title contenders, they went down 40 in each game. Fizdale isn’t the primary reason the team is on to another sub-25-win season, but it’s hard to argue a reason for him to stay.

He won 21 of 104 games. Part of that is on the players he was given; last year’s team was a well-built tank machine and this season’s group simply don’t complement each other—but to win just 20.2% is inexcusable.

The main issue with Fizdale was failed promises and lack of any identifiable characteristics.

In the one-plus seasons Fizdale was here the team never established an identity on either side of the ball. Almost everything he talked about in his introductory press conference never happened.

He preached position-less basketball, pushing the pace on offense, and being dogs on defense. Instead he played three power forwards with redundant playing styles. His team was third-worst pace in the league (98.59). His greatest sin of all: not taking necessary steps to become a good defensive team.

The biggest failure of Fizdale’s brief tenure was accommodating Julius Randle over Mitchell Robinson, emblematic of the coach’s brief tenure. If there was one thing Fizdale could have achieved with the group he was given, it was a strong defensive team.

He could have played Robinson with Frank Ntilikina, R.J. Barrett, Marcus Morris, and whatever shooter you wanted outside. Instead he forced Randle as the focal point of the team, opted for Taj Gibson to start at the 5, and failed on both sides of the floor.

For posterity, here’s a clip of David Fizdale post-game last night (where he called the blowout loss “sickening”)

Atmosphere was definitely uneasy after the game, as if everybody there knew a change was on its way pic.twitter.com/eCIhROU12e

Offensively the team was iso-heavy without one true scoring threat. Randle’s three-point shot isn’t what most expected after a career year from deep last season, which has relegated him to a glorified rim runner. Morris has been unconscious from deep, but the 50.0% shooting from deep is not sustainable. Their offense in the final five minutes of close games was nonexistent, mostly dumping it down to Randle and seeing what would happen.

To play devil’s advocate: this was not what Fizdale signed up for. He chose New York over a couple other places (Atlanta, Charlotte, Phoenix) for the chance to coach Kristaps Porzingis. Then he was told the team planned to strike big in free agency, with Kevin Durant and Kyrie Irving, or someone of that ilk.

In either of those scenarios, Fizdale might be doing just fine. Robinson and Porzingis would not have had to be split up like Robinson and Randle. Durant and Irving would have thrived in his iso-heavy offense. But that’s not what happened, and Fizdale failed to adjust. No one will blame him for Durant not coming, but he is liable for playing Randle and Bobby Portis together, or starting Knox at shooting guard.

What exactly Fizdale was told by Mills and Perry in regards to their goals for the season remains a mystery. Did he lean on Randle and Morris because he had to win games? During Media Day, Mills said they felt this was a competitive team, which it’s not.

That is why some consider Fizdale the first scapegoat of this rebuilt regime. How bad a decision his firing was will be determined by how his successors do. If whoever replaces him—Mike Miller will be the interim head coach at least—gets some wins out of the group as-is, maybe Fizdale was the problem.

More likely than not, however, this current group will continue to stink. The key is for the interim coach to pick his veterans wisely and dedicate the lion’s share of minutes back to the young guys.

The development of Robinson, Barrett, Ntilikina, and Dennis Smith Jr. is paramount. It’s something Fizdale lost sight of, but the team cannot. The front office asked fans to trust the process; it’s about time they got back to one. Hopefully this is a step in the right direction.