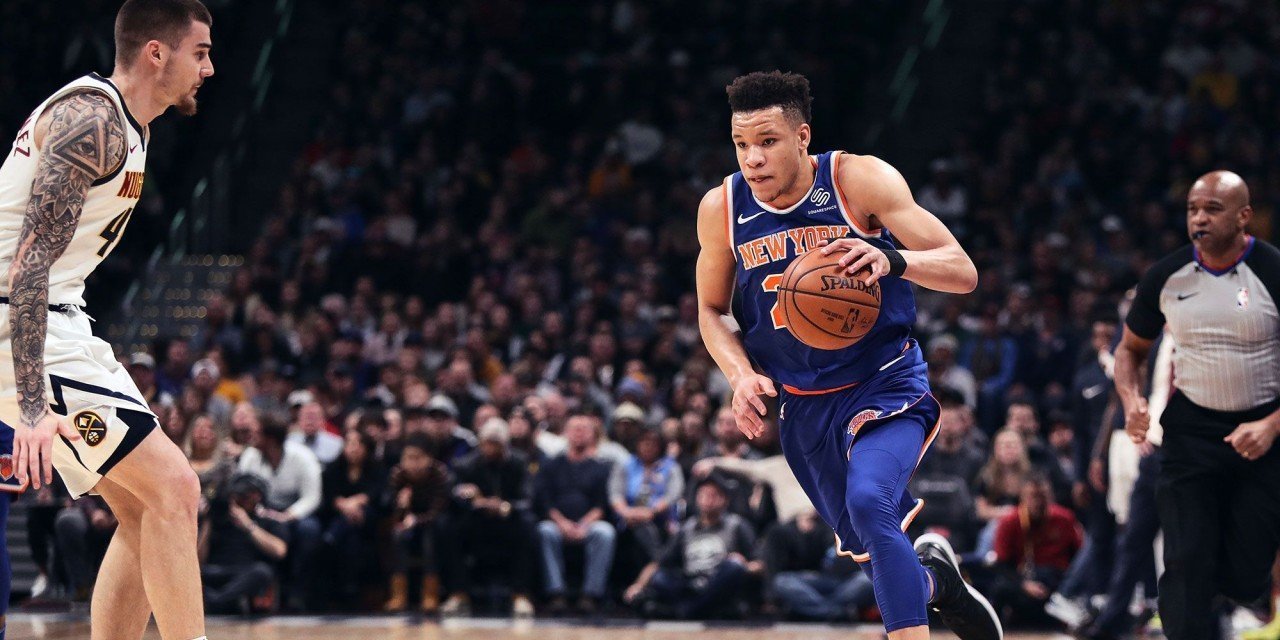 Despite a slow start to the season due to injury, rookie Kevin Knox took an early leap in December, earning top honors.

Kevin Knox was named Rookie of the Month for December, earning his first coveted official NBA accolade. My first reaction was surprise. Knox had been floundering throughout the late parts of the month—and getting obliterated by a middling Utah Jazz wasn’t a great way to close it out. Nevertheless, this high point in his rookie year is encouraging considering everything surrounding it.

While his field goal percentage, a measly 40.3 percent is nothing to brag about, his all-around offensive game has been tremendous. Knox has been scoring on all three levels and getting to the foul line consistently.  He ranked second in free throw attempts at 3.6 per game, as well. The 19-year-old has a whole bag of tricks and has yet to be optimized in the Knicks’ offense, making his strong December showing all the more impressive.

So, although my initial reaction of Kevin Knox winning Rookie of the Month was that of surprise, upon revisiting key statistics, he actually had a pretty good case. The rookie class on the West Coast may be a different story, but Knox being the beneficiary of a weak Eastern Conference with weak drafting isn’t a hill I’m willing to die on.

Hopefully, this award will materialize into more success for the young Floridian. In his one game of the new year, Knox had a decent showing, putting up 18 points and four rebounds. 13 of those points came in the first quarter, where he shot 62.5 percent from the field. Knox has been tremendous in the opening half of games—only to disappear in the second half. In December he shot 36.5 percent after halftime. A drop off like that isn’t atypical; the shift from halves to quarters and a world-class athlete’s pace is something most players adjust to.

Still, during the second half, Knox still shot 35.5 percent from three on 2.9 attempts, which isn’t too far from the league average. Plus, his average of 6.8 points in the first quarter in December was first among all rookies and 13th among all NBA players. In short, he’s in good company. Even if he finds himself lagging this January, you can expect to see him in the Rising Stars Game during All-Star Weekend.

Kevin Knox, the former Kentucky Wildcat, started the season off on the wrong foot—literally—yet it seems as though his bad luck ended with the injury. Aggressive and offensively gifted, Knox has made the Knicks season just a bit more bearable by earning his starting job back and playing well to keep it. This Rookie of the Month milestone is emblematic of growth the Knicks are hoping to spread throughout the organization in 2019.