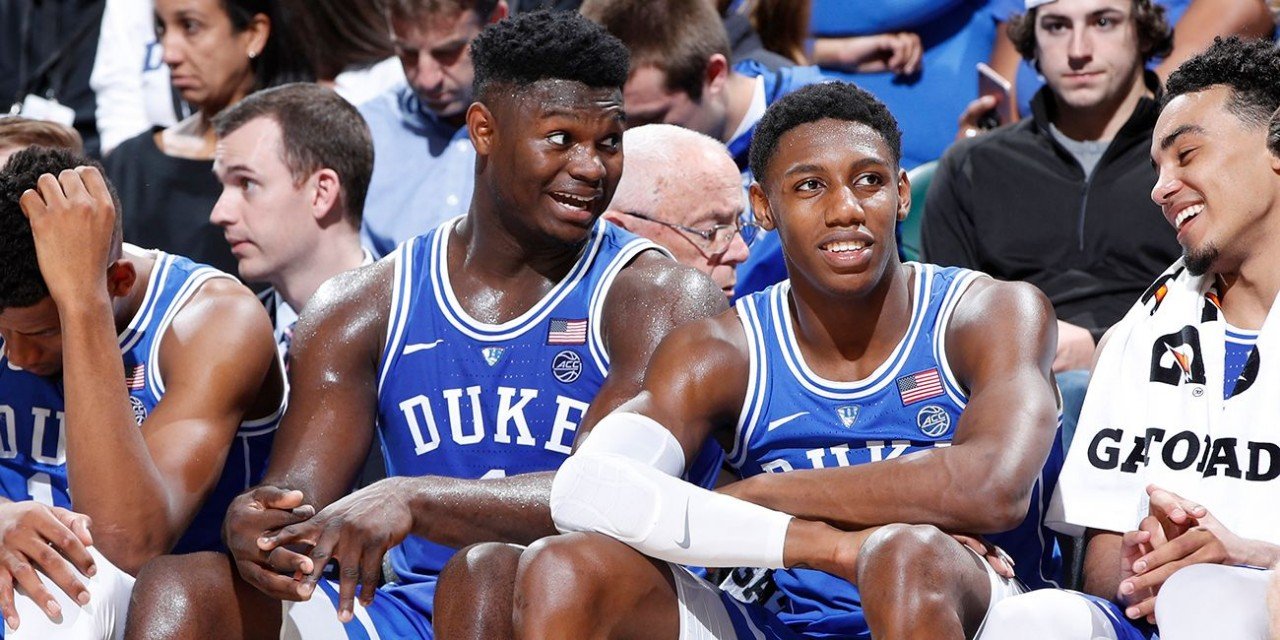 With Zion Williamson likely headed to New Orleans, what options do the Knicks have at the third overall pick?

Despite finishing with a league-worst 17-65 record in the 2018–19 season, the New York Knicks will select third in the 2019 NBA Draft, with the New Orleans Pelicans and Memhpis Grizzlies jumping ahead of them at Tuesday’s lottery.

Dreams of Zion Williamson in orange and blue were put to an end. It appears he will be heading to the Pelicans, who received the first overall selection.

After decades of disappointment and failure, getting the first overall pick and the rights to a generational talent like Zion would have changed the future of the franchise.

However, it’s important to look at the bright side of the situation. The Knicks, alongside the Cleveland Cavaliers and Phoenix Suns, all shared a 14% chance at the first overall pick—highest among all teams in the league. Of these three teams, only the Knicks gained a top-three selection, with the Suns and Cavaliers receiving the sixth and fifth selections, respectively.

With Zion likely heading to New Orleans, the Anthony Davis situation becomes even trickier. Although Davis requested a trade earlier this season, will he leave now that Zion is coming to Nola? We’ll have to wait and see.

Let’s take a look at some realistic options for the Knicks with the third overall pick.

The consensus second-best player in the draft, Ja Morant of Murray State was an absolute menace in his college season. He averaged 24.5 points, 10 assists, and 5.7 rebounds per game. Drawing comparisons to De’Aaron Fox and Russell Westbrook, Morant has the potential to be an elite guard in the NBA.

It will be interesting to see which direction the Memphis Grizzlies take with the second overall pick. With Mike Conley still on the roster, the Grizzlies may be inclined not to take Morant—or they might draft Ja in hopes that he will be Conley’s successor. They could move on from Conley in free agency (via trade or buyout) and commit to Morant for the future. It will be hard to predict, but if Morant falls into the Knicks’ hands it will be a true blessing.

In most drafts, Barrett would be the census first overall selection. The 6-foot-7 forward out of Duke flourished in his lone season in Durham, averaging 22.6 points, 7.6 rebounds, and 4.3 assists per game. This also included a multi-game stretch in which Barrett carried the Blue Devils in Williamson’s absence.

If Conley stays put in Memphis, Barrett may go to the Grizzlies at second. If not, don’t expect Barrett to get past the Knicks once they’re on the clock. He has too much potential.

If any of these players are selected at number three, expect Knicks fans to riot.

The future looks bright for the Knicks. With a top-three pick guaranteed, the Knicks will get a stud in Morant or Barrett. This, alongside the development of their young core, and potential to sign two max free agents this summer, should make all Knicks fans breathe a sigh of relief.

Everything will be fine.

At least, we need to keep telling ourselves that.

»READ: How the Knicks’ first-round pick alters the team’s timeline