How the Raptors Match Up with the Knicks 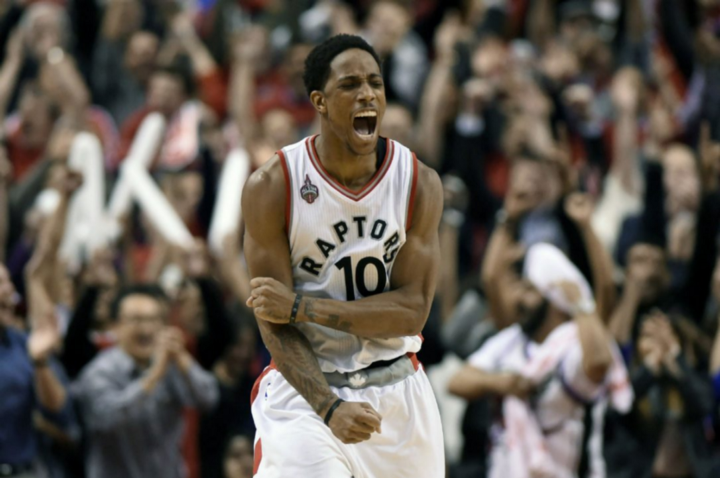 Entering the 2017–18 season, the expectations for the New York Knicks are far different from what they were a year ago.

Instead of being pressured to succeed immediately with a roster built to win, the only expectation the Knickerbockers face this season is to develop young talent and show some improvement from last year’s dreadfulness, which really is kind of impossible not to do.

However, New York’s division rival Toronto is on the opposite end of the spectrum. After re-signing their star point guard Kyle Lowry to a three-year deal worth $100 million, the Raptors are under pressure to make use of their prime years while they can and challenge LeBron and the Cavs for the Eastern Conference title.

Like all division rivals, New York and Toronto will match up four times this season:

While the Knicks are widely expected to finish the season near the bottom of their division, the Raptors have a good shot to take back the Atlantic Division title after dropping it to the Celtics last year. If all goes well for Toronto this season they could very well end up as the second seed in the East, especially following the Gordon Hayward injury. The seasoned Raptors have displayed year in and year out that they can compete with the best in the East, and getting Lowry back for the next three years shows that they’re confident in their roster’s abilities to battle with the rest of the league.

The highly effective backcourt duo of Kyle Lowry and DeMar DeRozan present problems for any team they go up against, however, the Knicks may have an extra hard time containing them due to their weakness at the point guard position, an issue the Knicks have dealt with for almost as long as I’ve been alive. I love Frankie, but he’s still a rookie and certainly won’t be able to clamp the NBA’s premier one-guards right out of the gate. New York will likely look to a vet in Jarrett Jack or Ramon Sessions to try to contain Lowry, but there’s only so much you can do to stop one of the best point guards in the East.

The Raptors’ overall depth is another area where they simply outperform New York. While Toronto’s bench has had seasons to gel together and build chemistry with one another, a good amount of the Knicks’ players are new to the team and still learning the system. Not to mention, New York’s bench talent frankly just doesn’t match up with the Raptors’. This will likely prove to be a problem for the Knickerbockers throughout the season.

One bonus that I could see the Knicks having over Toronto in-game would be their shooters heating up and carrying the team to a win on a strong offensive performance. Tim Hardaway Jr., Courtney Lee, Kristaps Porzingis, Mindaugas Kuzminskas, and Doug McDermott are all proven shooters that, if a few got hot at the right time, could put the Knicks in good positions to close out games.

Overall, the Raptors should once again be one of the top tier teams in the Eastern Conference while the Knicks sit near the bottom of the standings. Hopefully our ‘Bockers will be able to keep it close.

That’s a wrap on Atlantic Division Week. Follow The Knicks Wall on Facebookand Twitter for more coverage, and listen to the TKW Podcast on iTunes and SoundCloud.