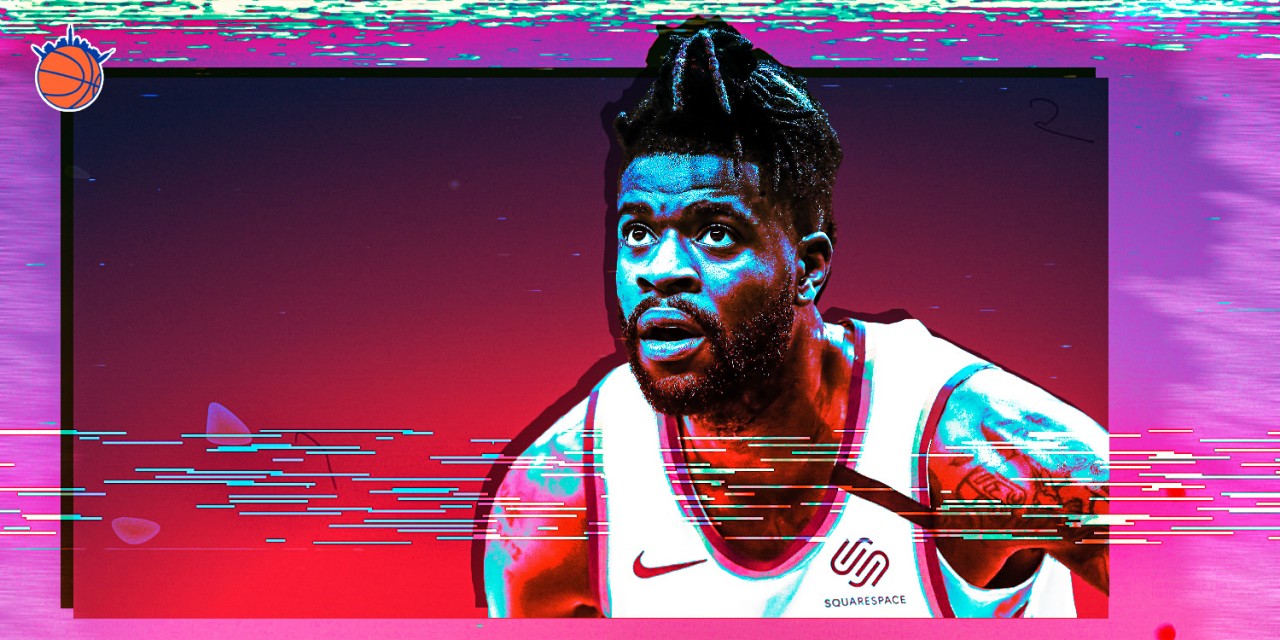 Making his Knicks debut on New Year’s Day, veteran wing Reggie Bullock has made his impact felt almost immediately as a venerable shooter.

When the New York Knicks signed Reggie Bullock, originally to a two-year contract worth $20 million, it was an under-the-radar good signing in the midst of a laughable offseason. Then, when an injury resulted in an adjustment in the contract, it became a bargain deal and the Knicks were set to get a much-needed shooter on a roster full of isolation players.

Now, as Reggie Bullock returns from injury and tragedy, he’s moved into an emergency starting role and has played well—averaging 10.9 points and 36.1% from three-point range in veteran forward Marcus Morris’ absence. It’s only been seven games thus far, but you can already see the value from which Bullock is bringing to the roster.

One of the biggest issues—now and for the future—is that New York has several players who can’t shoot at the top of the roster. The trio of Mitchell Robinson, R.J. Barrett, and Julius Randle—the most prolific player and the two best young players—each have their own strengths, but their overwhelming weakness is that none of them can truly shoot.

In other words, when the Knicks place all three players on the floor, 60% of their lineup can’t shoot. Add another non-shooter in Elfrid Payton and the Knicks are truly playing a bully ball, 1990’s lineup.

The Knicks have tried to remedy this issue with some decent shooting. Wayne Ellington, Reggie Bullock, Bobby Portis all shot well before their arrival. However, Ellington has gone ice cold and is firmly out of head coach Mike Miller’s rotation. Portis is in the rotation and he can shoot! The issue is that Portis would rather post-up or work off the dribble than knock down threes and consistently spread the floor as a big.

So far, it’s been Bullock who has accepted his role as the knockdown shooter who can create space for their top players.

REGGIE BULLSEYE FROM DEEP AND HE HAS 16 IN THE SECOND HALF pic.twitter.com/cQpEwHWXHq

In his first seven games as a Knick, it’s easy to see his positives (shooting), but you also get a look at the negatives, as well. If Bullock isn’t shooting well, his value plummets. He’s not a good passer; he doesn’t use his solid size to effect the glass; and noted as a solid defender in college, Bullock is merely a neutral defender. You can hide those weaknesses among the likes of Barrett and Frank Ntilikina—two players who bring different non-shooting skills to the table.

Bullock also does well in providing a glimpse of what the Knicks will need around their young talent and if it’ll work or not. Still, in small samples, Bullock offers some interesting lineup data. Here are two, based on the NBA.com lineup data:

The first lineup is the troubled one-shooter lineup, something the Knicks have thrown out for the majority of the season. Of New York’s six most-used lineups this season, all six have either zero solid shooters (35.0% from three, as a barometer) or just one, usually Marcus Morris. In Bullock’s return, however, his shooting has been strong enough to maintain a good offense and solid defense.

The second lineup is more ideal for modern basketball. Bullock, Knox, and Portis are three guys who can space the floor, but they lack true defensive ability. Enter Frank Ntilikina and Mitchell Robinson. Both Ntilikina and Robinson do well protecting their shooters, with Ntilikina defend pretty much any player on the perimeter, while Robinson erases most issues at the rim.

Another benefit for the Knicks is Reggie Bullock’s contract. With a non-guaranteed year at $4.2 million, Bullock could instantly be one of New York’s contracts to keep this season. That, or he could be a fine trade piece to use for this upcoming trade deadline. With shooters at a premium around the league and a 2020 free agency class labeled as “poor,” it would be tough to find a better value than Bullock at under $5 million for next season.

It’ll be interesting to see how the Knicks balance Bullock’s minutes once Morris returns. Presumably, Morris will move back into the starting lineup and Bullock back into a rotation spot off the bench, but Bullock, thanks to his shooting and overall solid play, should be someone who plays upwards of 25-30 minutes a night.

The Knicks should even play Marcus Morris and Reggie Bullock together. A lineup of Ntilikina, Dotson, Bullock, Morris, and Robinson makes sense. Morris could steady and lead as the unit’s offensive threat, Ntilikina, and Robinson defending the perimeter and rim, with Dotson doing a bit of everything from creation to spot-up shooting.

Reggie Bullock has only played seven games in his Knick career, so there’s still time for things to change. That said, he’s providing exactly what the Knicks hoped for when they made him a priority after failing to land Kevin Durant and Kyrie Irving this summer. As Bullock continues to play well, the Knicks could be looking at a solid contributor for the next few seasons.