What to Do With Reggie Bullock, Wayne Ellington and Knicks’ Need for Outside Shooting 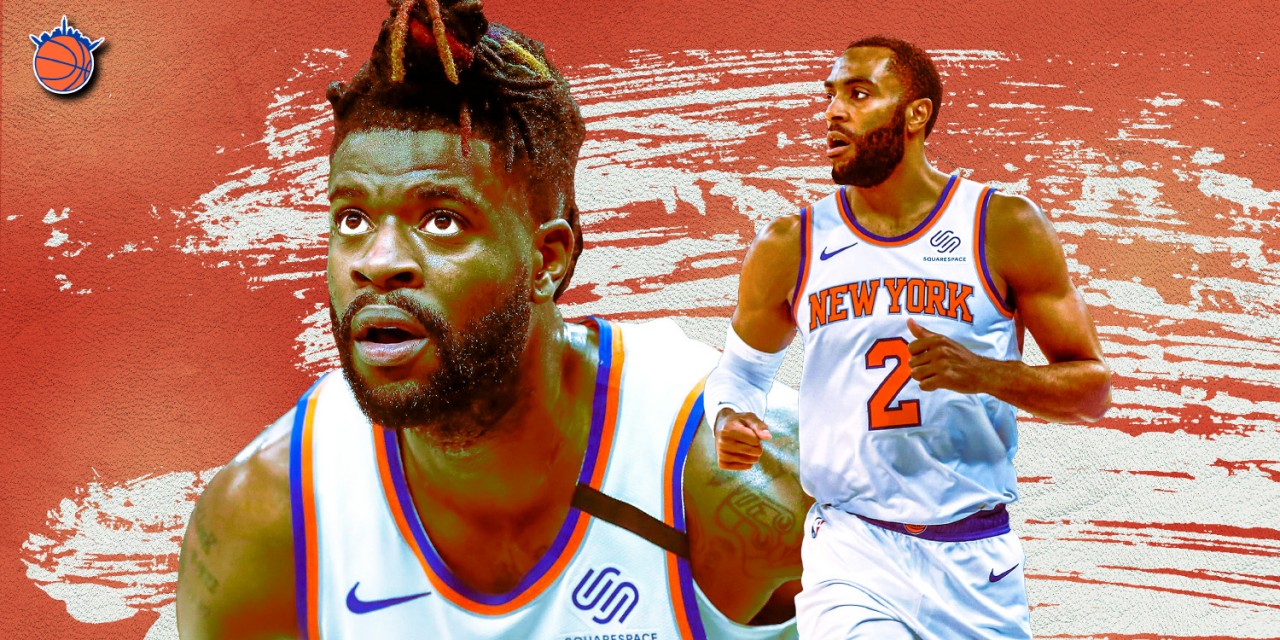 Veteran swingmen Reggie Bullock and Wayne Ellington stood out as perimeter options for the rebuilding Knicks with team options in 2020.

When glancing at the New York Knicks’ roster, there seem to be several key decisions to make on, well, everything. Do they stick with several young talents, or attempt to bring in some veterans to the top of the roster and try to battle out of the basement of the league? Based on rumors of a Carmelo Anthony return, a Tom Thibodeau head coaching hire, and a Chris Paul trade, we seem to have an idea where they’re leaning.

Will New York properly build around Mitchell Robinson and R.J. Barrett? Will the Knicks actually pay Robinson as we get closer to his extension period? What will the Knicks do about the veteran players they’ve signed this past season? All questions that need answers.

New York’s veteran decisions will be key. After failing to sign Kevin Durant and Kyrie Irving this past summer, the Knicks pivoted to quantity over quality.

In the end, they signed Julius Randle, Wayne Ellington, Reggie Bullock, Marcus Morris, Bobby Portis, Elfrid Payton, and Taj Gibson, completing a lackluster veteran haul. Morris has already been flipped for a first-round pick; Gibson has been a stable backup; Randle has been a disaster as a number one option; and Portis and Payton have been one-and-done candidates.

Neither player lit the world on fire in their debut seasons in New York. Ellington’s role has fluctuated from key floor spacer alongside Barrett to “DNP-CD” throughout the season, due to New York’s bloated roster. Bullock’s season got off to a slow start due to injury and the loss of his sister, but once he returned, he flashed some of the skills that made him an ideal role player around non-shooting players—shooting 33.3% from three on 111 attempts in 29 games.

The ultimate question is: should the Knicks risk the $12 million to see if two elite shooters can bounce back?

Shooting is among the biggest needs for the Knicks. New York needs players who shoot a high percentage and take the majority of their shots from three. Bobby Portis is a good shooter (35.8% from deep this season), but only sports a three-point rate of 31.7%, via Basketball-Reference. That other 60% of his shots are either post-ups or poor mid-range shots which, alongside his poor defense, kills his value.

When you have two elite shooters taking the majority of their shots from three, that’s a good thing. Prior to arriving at the Knicks, Bullock shot 37% or better from three in each of his last four seasons. Ellington has done the same in six of his last seven seasons. Somehow, the Knicks and all their turmoil has affected their ability to shoot from three.

In an attempt to fix things on the New York roster, several issues must be addressed. Can the Knicks fix all of them within one offseason? The starting point-guard role, the shooting, the ideal fit alongside Mitchell Robinson in the frontcourt—all these things have to go into consideration heading into year one of the Leon Rose era. If a Chris Paul trade does manifest, they’ll have to speed that up if they want to create a winning atmosphere.

The free agency class is expected to have a ton of shooting options, but between Ellington ($8 million for the 2020–21 season) and Bullock ($4.2 million), it would be smarter to keep both at a hair over $12 million and lean on potential bounce-back seasons—rather than decline both of their player options and signing, say, Minnesota Timberwolves restricted free agent Malik Beasley at $17 million per year.

In fact, the smarter move might be to keep both Ellington and Bullock, and then add a shooter above them. Again, if the Knicks view Barrett and Robinson as centerpieces of the next good Knicks team, then adding more shooting into the mix is a good thing. Adding a true starter like Sacramento’s Bogdan Bogdanovic or Brooklyn’s Joe Harris is even better.

In designing the New York Knicks roster for next season, acquiring shooters who can space the floor is key, but so is adding players who can truly elevate this team’s roster.

With nearly $40 million in cap space next offseason, New York can fill some of those holes, but they might not be able to fill all of them. The Knicks have two players who they can lean on for potential shooting next season: Reggie Bullock and Wayne Ellington. Both players have the track record of being high-level shooters from three, and with the right coaching and system in place, they should bounce back to normal levels next season.