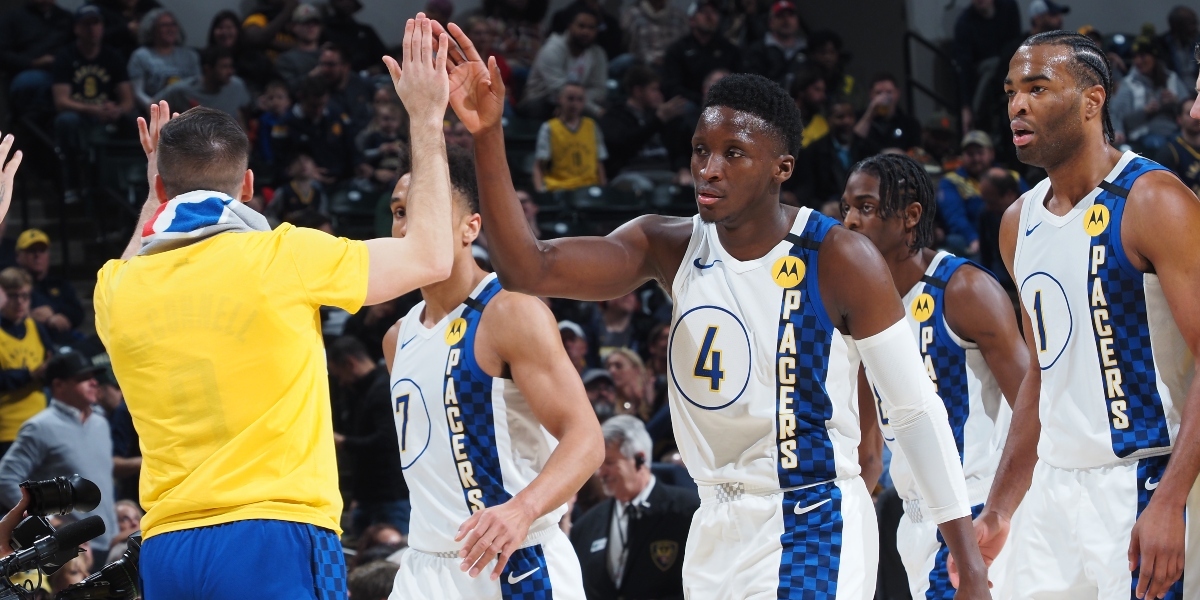 Back from the All-Star break, the Knicks are home against a healthy Victor Oladipo and the Pacers, ready to start the second half fresh.

The New York Knicks (17-38) welcome the Indiana Pacers (32-23) to Madison Square Garden in the team’s first game since the All-Star break. The Knicks enter the game winners of four of their last six games but dropped their previous two games before the break. The season series is split at one win apiece, with New York snagging a 92-85 win over Indiana on February 1st.

Outside of R.J. Barrett’s performance in the USA vs. World Rising Stars Challenge, the Knicks were absent from both the festivities and the actual All-Star Game. It was nice to get a small break from a team that’s a mere three losses away from its sixth straight losing season. There are just 27 games left in this season before we move into another offseason led by a new front-office base. Let’s see if some excitement could be built from there.

Until then, the Indiana Pacers are the team to discuss here. Indiana has been a model of consistency (made the playoffs in 18 of the last 21 seasons) and will look to extend their streak as they sit sixth in the Eastern Conference entering the final stretch of the season.

With Victor Oladipo out for all but seven games this season, Indiana has survived off of their team success. Domantas Sabonis (18.3 points, 12.4 rebounds, 4.8 assists) has blossomed into an All-Star, but Malcolm Brogdon (16.6 points, 7.3 assists) carried them for stretches earlier in the season. T.J. Warren—acquired in a salary dump from Phoenix—also averages 18.5 points per game.

It doesn’t stop there, however, with Jeremy Lamb (12.9 points) and Myles Turner (11.9 points, 1.9 blocks, 34.4 3P%) being key assets to their defensive success. Throw in mild success from Doug McDermott, Aaron Holiday, and T.J. McConnell off of the bench and you have a Pacers team that has largely survived while their star player was out. Now, with Oladipo back, they have a solid amount of time to integrate him into the rotation before the playoffs.

We have a few people still recovering after the break.

Wayne Ellington and Elfrid Payton are both listed as questionable, which is a minor concern. Payton is the only point guard who can run the offense for over 30 minutes a night, but New York could look toward Frank Ntilikina, Dennis Smith Jr. and Barrett to handle creation duties. Ellington’s shooting will be missed, and he had a solid streak before the break, but Reggie Bullock, Kevin Knox, and Damyean Dotson can replace some of the shooting.

For the Pacers, All-Star guard Victor Oladipo will have his minutes restriction lifted, per the Associated Press’ Brian Mahoney. Oladipo returned late January following a quad tendon rupture from the previous year. His minutes had been filled admirably by newcomers Malcolm Brogdon and Jeremy Lamb. Friday against the Knicks should be Oladipo’s first full-tilt matchup since returning from injury.

Again, the Knicks are going to have to deal with a Pacers team with several different options on Indiana that can attack their defense. The defensive side of the ball has improved since Mike Miller assumed the head coach position, but these teams have seemed to give them the most trouble.

It’s a point of contention that the Knicks have just refused to use the kids as much as they can. R.J. Barrett is still the golden child, and thus, starts every game, but the likes of Mitchell Robinson, Knox, Ntilikina and Dennis Smith have seen their minutes fluctuate. With 27 games left and no chance of making the playoffs, it would be great to see the kids get a chance, whether they succeed or fail.

Curious if he ever plays for the Knicks. There were rumors of a potential buyout, but he shot that down. It would be very Knicks to let him go without a chance to play for his hometown team.

Wayne Ellington is available tonight after all, the team announced. Elfrid Payton is out, however.