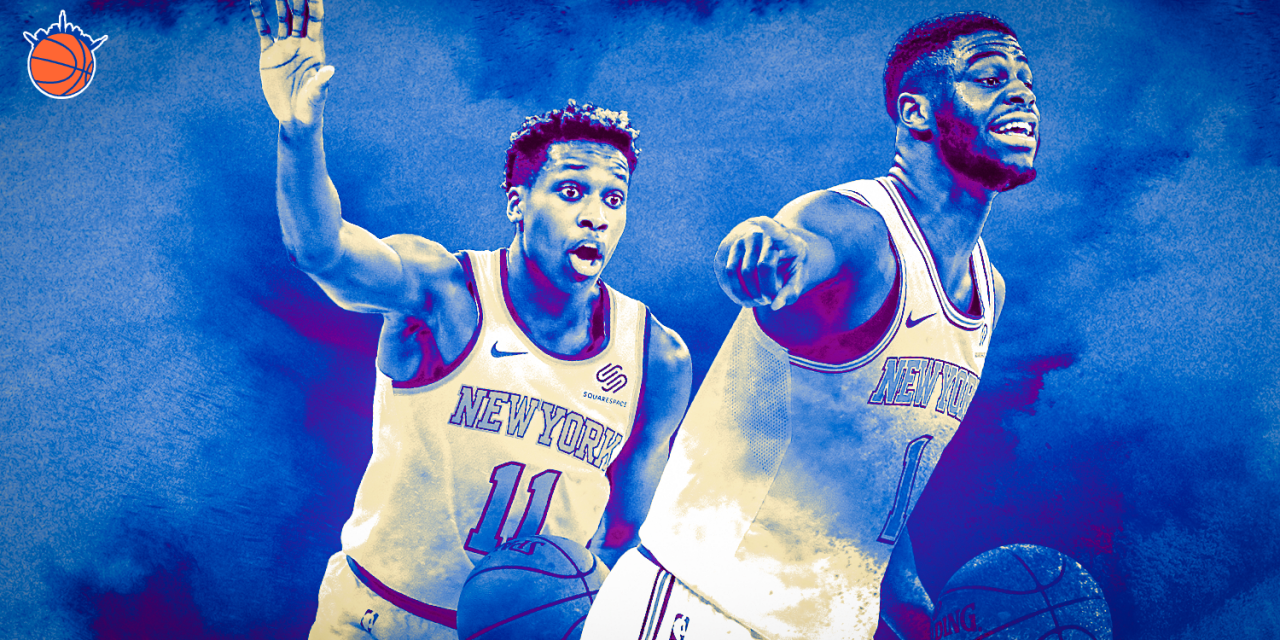 A fledgling Emmanuel Mudiay of late has pushed Frank Ntilikina back into the conversation to once again prove his mettle with increased workload.

Emmanuel Mudiay had a December to remember. He played the best stretch of basketball as a Knick—and arguably of his career. For the month, he averaged 18.6 points, 5.5 assists, 3.1 rebounds, and shot a respectable 46.4 percent from the floor. He went off for 30 points three times, including his 34-point effort to lead the team back from the dead in Charlotte.

Then the new year came. Mudiay’s metamorphosis feels like a fond memory. 2019 has not been too kind to the 22-year-old.

This month, he is shooting a frigid 28.6 percent from three, and 37.5 percent from the field overall, and is averaging a plus-minus of -10.5 per game. David Fizdale has not let his point guard’s struggles hinder playing time, as Mudiay continues to log major minutes (30 per game in January).

A big reason for sustained high minutes logged for Mudiay has been the peaks and mostly valleys of Frank Ntilikina. December was death valley for Ntilikina. He collected four DNP-CD’s, and when he did play, it was rare for him to log more than 20 minutes. During that stretch, he averaged an anemic 6.6 points and 0.4 steals while shooting 35.7 percent from the floor, 37 percent from three, and 60 percent from the line.

But that was then. In his return from a three-game absence, Frank played a crucial role in a valiant, albeit failed, comeback versus the Sixers. The team played best with Ntilikina at the point. His synergy with Luke Kornet helped spark some life on a team that was heading for an uninspiring blowout.

Frank’s effectiveness continued for the rest of the night. He finished +10 for the night—thanks in large part to his attacking nature. His final shooting numbers weren’t jaw-dropping by any stretch (4-for-11), but a closer look reveals an encouraging sign. Seven of his eleven shot attempts came inside five feet, including all four of his made buckets.

To put things in perspective, Frank had eight attempts inside of five feet for the month of October. His struggles shooting this year can be traced back to his willingness to settle for jumpers. That passiveness is what ultimately cost him the starting job.

Mudiay gained the edge over Frank due to his ability to push the pace. Fizdale wants to get up and down the floor. While capable of doing this, Frank has had far too many timid spells when he meanders on the perimeter.

When he plays like that, it benefits no one—the offense stagnates and becomes reliant on isolation scoring. On Sunday, Frank gave us what we all wanted.

Frank is a different player when he has his foot on the gas. It’s like he morphs into an alter ego of himself: Frankie Smokes.

There was no settling for free-throw line pull-ups. His misfire from the perimeter still came off good movement.

His performance was a reminder of the benefit it is to have a point guard who can pressure the defense. Mudiay was doing a great job in this department at the end of 2018 but has started to regress to his mean.

In January, he is shooting 47.9 percent inside of five feet, relying on fadeaways and three-pointers instead. Such a struggle in the early part of the season would have resulted in a lineup change.

There were no guaranteed spots during that first quarter of the season. A guy could start five games, then not leave the bench for the next three. This system of meritocracy reaped rewards for the team. Without it, the emergences of Allonzo Trier, Noah Vonleh, Damyean Dotson and Kornet may have never come.

Nowadays, Fizdale has kept his rotation tight. The big men have remained fair game to be mixed and matched into the starting five. The backcourt, however, has not had a mix up since the middle of November, with the exception of injuries. Mudiay has been a fixture alongside Tim Hardaway Jr. in the backcourt. At the time, Mud was playing his best basketball—it felt like the right combo—but times change.

A return to open competition in the backcourt is in order. Frank is healthy and could be running out of chances to prove he is worthy of remaining part of the future. On Sunday, Mudiay and Frank each logged 27 minutes; a minute distribution like this should remain until either guy pulls away from the other.

Some might be ready to move on from Frank. His name has surfaced in trade rumors, so it’s not out of the realm of possibility that patience has worn thin with a guy whom this regime did not draft. If the front office is mulling a change, it’s only right that Frank has a final chance to prove his worth.

All stats and videos used come courtesy of NBA.com.