Report: Carmelo Anthony Works Out With Brooklyn Nets in L.A. 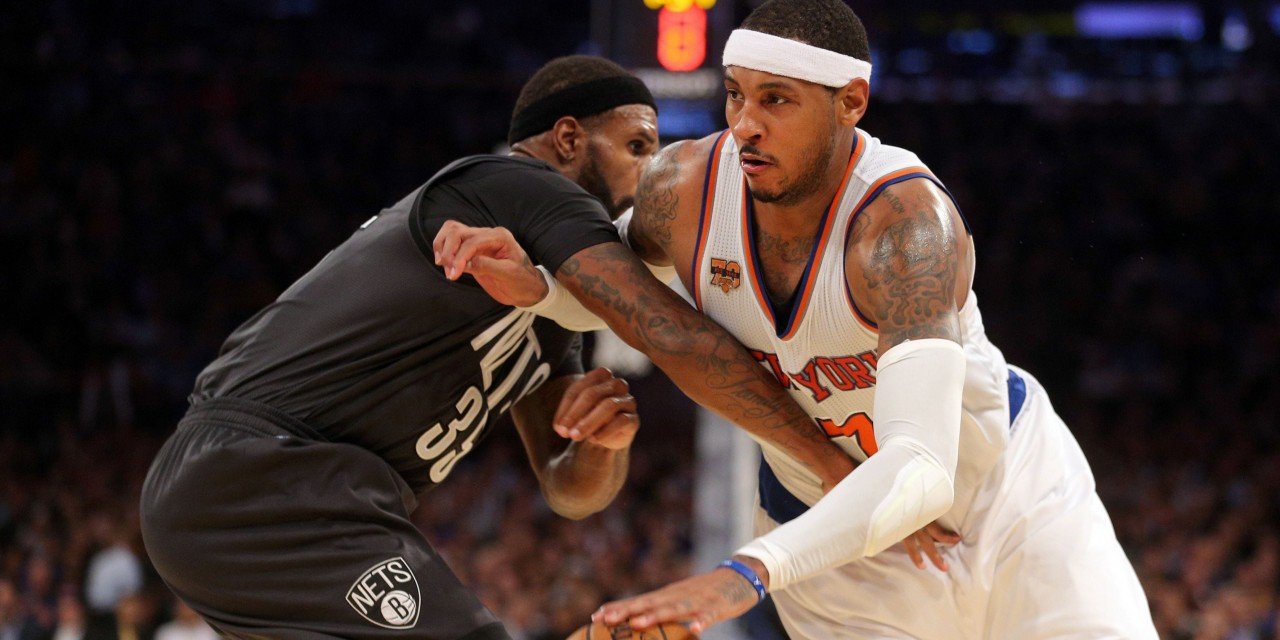 Former Knicks All-Star forward Carmelo Anthony was reportedly spotted working out with Brooklyn Nets members, fueling suspicion that he could be signed by the crosstown rivals.

Carmelo Anthony has been participating in informal team workouts with the Brooklyn Nets in Los Angeles, SNY’s Ian Begley and Anthony Puccio report. Anthony, a 10-time All-Star and former New York Knicks member, is still a free agent at the moment but has received interest from the Los Angeles Lakers and Clippers.

The Nets’ interest at this point is unknown, but if they were to add Anthony they would have to waive someone to make room.

There are two reactions Knicks fans should have to this news. The first, being emotional:

The second, much more rational reaction, is to question why the Nets would want this?

There is no clear role for Anthony in Brooklyn. Spencer Dinwiddie is their sixth man, and it’s unlikely ‘Melo is still viewed as a starter, even by former Knicks assistant coach and current Brooklyn head coach Kenny Atkinson. The Nets seem to be at their best launching threes like madmen.

Shooting more threes was something ‘Melo did for Houston, but the Rockets pulled the plug after he shot 32.8% over 10 games.

The Nets were among league leaders in isolation last season, which is Anthony’s native style.

Brooklyn ranked tied for fourth in the league in isolation frequency and will stay in that ballpark with the iso-heavy Kyrie Irving and Kevin Durant (when the latter eventually returns from injury). That fits right into Anthony’s wheelhouse. The problem, however, is that his dedication to iso ball has also caused Anthony’s prolonged free agency.

Nets general manager Sean Marks and company are dangerously close to breaking the 47th Law by twisting the knife on the Knicks—and could hurt themselves in the process.

It was reported a few weeks ago that, had the Knicks landed Kyrie and KD, New York would have considered bringing Anthony back.

The Nets could now potentially trot out four players—Anthony, Kyrie, KD, and DeAndre Jordan—whom Knicks have targeted. However cutting a younger role player who fits the team for Anthony makes little sense.

But if ‘Melo does indeed sign with Brooklyn, the Knicks’ front office should not panic or feel ashamed. They should feel relieved; a lineup of Kyrie, Anthony, Jordan, and Durant would be a defensive disaster and offensive cluster.

This could end up being a great thing for the Knicks. Allow the Nets to grab all the attention, while the Knicks build something stable under the radar.

»READ: Should the Knicks bring back Carmelo Anthony? — a debate

»READ: Should the Knicks retire Carmelo Anthony’s number? — a debate