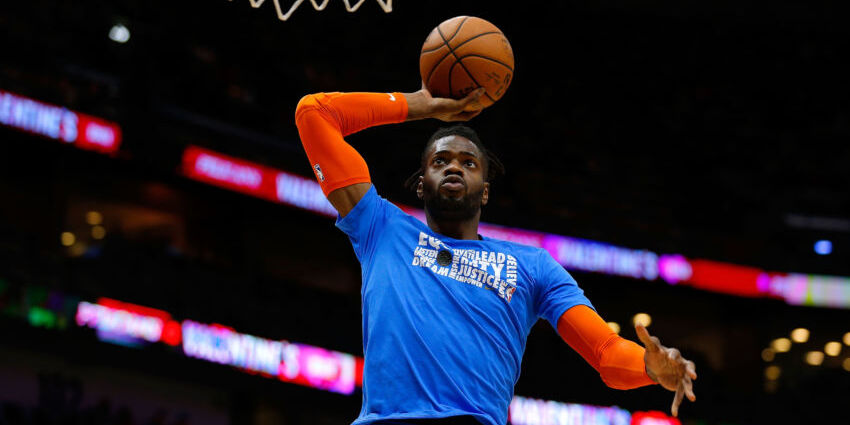 The Knicks reportedly came to terms on a one-year contract worth $5 million with free agent center Nerlens Noel, lastly of the Thunder.

Finally, the New York Knicks have a big man.

After the jokes from the 2019 offseason, the Knicks have signed their first free-agent center in Nerlens Noel, per ESPN’s Adrian Wojnarowski.

Rose and the Knicks waived Payton (later re-signed) along with Wayne Ellington, Bobby Portis, Kenny Wooten, Theo Pinson, and Taj Gibson on Thursday—the day after the draft and before free agency begun—and later traded for Utah Jazz center Ed Davis, who has $5 million remaining on his contract and one year left.

Now the Knicks are signing another big for $5 million, continuing the theme from last offseason of signing cheap players to short-term deals.

Noel, 26, a former sixth-overall pick of the 2013 NBA Draft by the New Orleans Hornets* (later acquired by the Philadelphia 76ers), spent two and a half seasons in Philly before a short tenure with the Dallas Mavericks. The past two seasons Noel has been backing up Oklahoma City Thunder center Steven Adams (yesterday traded to the New Orleans Pelicans).

Julius Randle is still on the roster, however, and unless he gets moved, the Knicks continue to have a bit of a crowded frontcourt including Toppin, Mitchell Robinson, Davis, and Noel.

(*Editor’s note: the first edition of this published story mentioned the Charlotte Hornets drafted Noel. It was the New Orleans Hornets, who became the Pelicans that same 2013 offseason. Coincidentally, Noel was traded along with a future first-round pick, used to select Elfrid Payton, to the Sixers in the deal that brought Jrue Holiday to NOLA.)