Report: Knicks General Manager Scott Perry Back for One Year 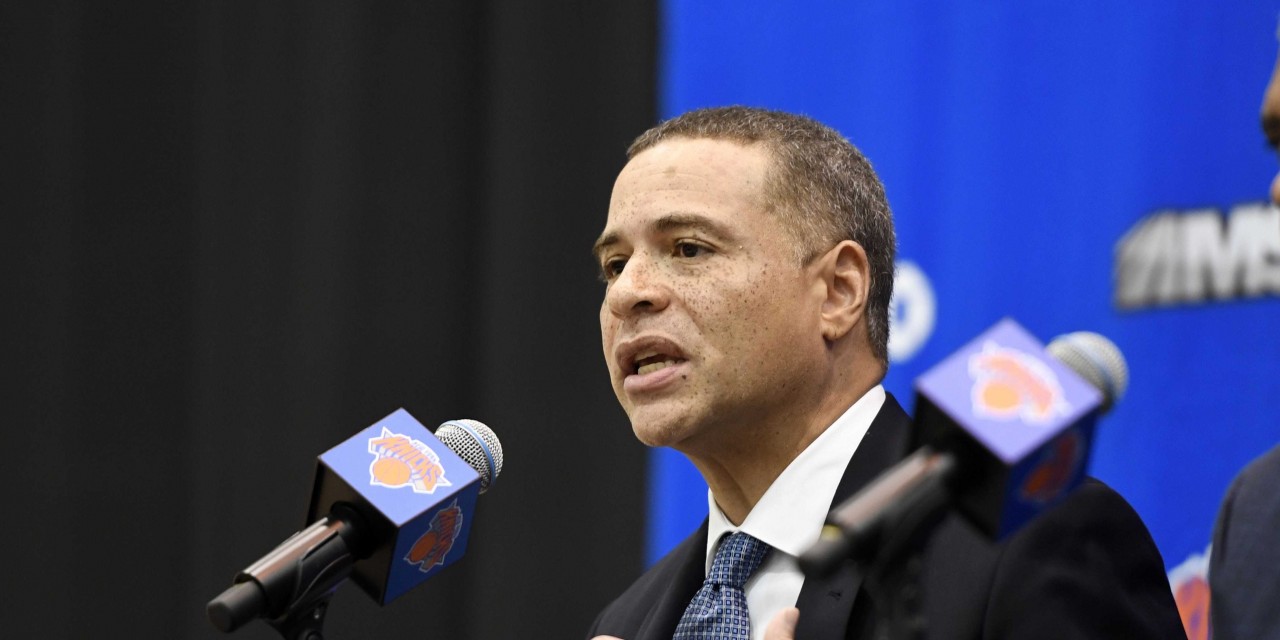 General Manager Scott Perry and the Knicks have agreed to continue their partnership following the last few months of organizational upheaval and a change in management.

New York Knicks General Manager Scott Perry will stick to his post in the organization this week, per Newsday‘s Steve Popper, despite the franchise’s front office turnover, signing a one-year contract.

Team President Steve Mills was removed from his role on February 4th—two days before the NBA’s trade deadline—while the Knicks reportedly were in the process of onboarding CAA’s Leon Rose as the next president along with “Worldwide Wes” William Wesley as a top advisor. With Mills gone, Perry handled the Knicks’ affairs at the deadline, along with completing a deal with the Los Angeles Clippers for New York’s leading scorer in veteran forward Marcus Morris and nixing a trade for Golden State Warriors guard D’Angelo Russell.

Ultimately, Wesley did not join the organization in an official capacity while Perry—whose contract was due to expire a few days before the June draft—will stick around.

This is Rose’s second move following the hire of Cleveland Cavaliers “capologist” Brock Aller in a strategic role within the front office.

Perry was brought on by Mills in July 2017 amid the chaos of the free agency period. Perry, a former executive with the Detroit Pistons and Orlando Magic, had just left a gig in the Sacramento Kings’ front office three months in to work with Mills in New York.

With Perry as GM, the Knicks have gone through two head coaches, much like the characterization of the Mills era since 2013, with Jeff Hornacek fired in April 2018, David Fizdale hired the next month and later dismissed in December 2019. Perry’s tenure as GM has also been defined by a reticence to let go of future first-round picks; in fact, the Knicks lined their pockets with three more first-rounders while he was in charge, trading All-Star power forward Kristaps Porzingis to the Dallas Mavericks for, among other acquisitions, two first-rounders and shipping Morris off to L.A. on February 6th for first- and second-round picks.

Perry’s time in the Knicks’ front office has been fraught due to a reluctance to trade future picks but also the franchise gradually discovering its unpopularity in free agency, most notably punctuated by a difficult 2019 free agency class. Arguably the Knicks’ push towards letting a former agent run the show, much like the Warriors (Bob Myers) and Los Angeles Lakers (Rob Pelinka), might have been a reaction to their relationship with free agency and an inability to hit a home run with available stars.

For a team constantly underperforming during his tenure, Scott Perry’s message rarely fluctuated; the Knicks would rebuild, and it would take patience. Unfortunately for Perry and Mills, New York never raised their ceiling through free agent targets, and the draft did not yield overwhelming, immediate results.

With Rose on board and Perry still acting as GM, the Knicks still have ways to go while rebuilding, but they possess all of their first-round picks and three more—making seven picks available to draft, or likely trade some, in the next four years.

»READ: Leon Rose is the Knicks’ president. Now what?