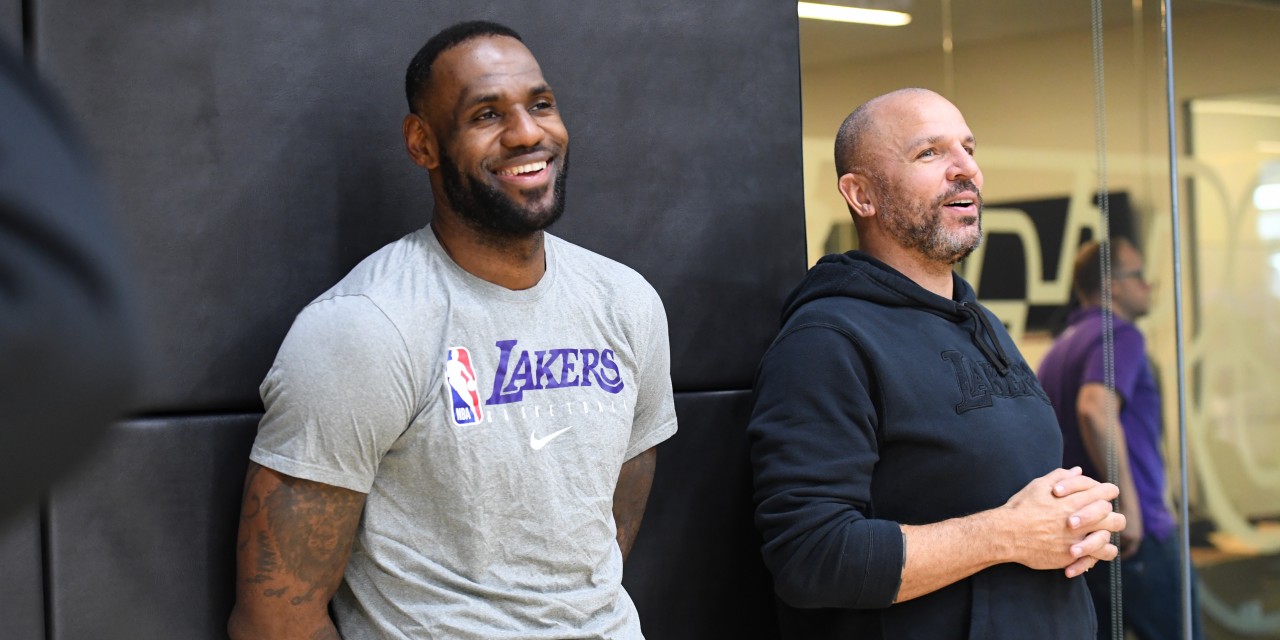 Kidd played a single season with the Knicks back in 2012–13, since then he’s coached several franchises as New York searches for a new coach.

Kidd, 47, a former second-overall pick in the NBA, co-Rookie of the Year winner, and 10-time All-Star, was a formidable point guard for close to two decades with the then-New Jersey Nets, Dallas Mavericks, and Phoenix Suns. In the waning days of his playing career, Kidd one a title, alongside future Knicks center Tyson Chandler, on the Mavs in 2010–11. Kidd joined Chandler in New York in what would be the future Hall of Famer’s final NBA season as player in 2012–13, helping the veteran-led Knicks secure their first playoff series win since 2000.

After retiring, the Brooklyn Nets hired Kidd as head coach at the age of 39. Kidd spent only one season with the Nets before having a falling out with management, leading to a power grab and exodus. The two-time Olympic gold-medalist point guard turned coached went to the Milwaukee Bucks, steering a young team and emerging Giannis Antetokounmpo during the MVP’s biggest development years.

Kidd was fired mid-season during the 2017–18 campaign, and after a year away from the game he was hired by the Lakers to join new L.A. head coach Frank Vogel’s coaching staff. Since then, Kidd has sat on the bench for the LeBron James and Anthony Davis–led team, which stands in first place in the Western Conference since the NBA’s suspension in March.

The accomplished player also has a 183-190 record as a head coach along with 24 playoff games under his belt, winning the first round of the 2014 Eastern Conference playoffs in his first year as a head coach in Brooklyn. In five of his seasons as a head coach, Kidd has reached the postseason on three occasions.

Kidd joins fellow Lakers assistant Mike Brown, the former Cleveland Cavaliers captain during James’ 2007 Finals run, in the Knicks head coach search. Altogether, 11 names have arrived as definitive people to be interviewed. They include (so this author doesn’t have to fully repeat himself) former Nets head coach Kenny Atkinson and ex-Bulls and Timberwolves coach Tom Thibodeau alongside current Knicks interim head coach Mike Miller and a slew of assistants around the NBA.

Newsday‘s Steve Popper reports that Jason Kidd is interested in the New York gig, in part, because of his time with the organization during the 2012–13 season along with the possibility of luring a future free-agent star Antetokounmpo in 2021.

Sources close to Kidd have said that he would have interest in this job (he played for Dolan and Knicks in last successful season for NY) – and some teams interested in Kidd think that he could provide a link to the prize of next year's free agent class, Giannis. https://t.co/dlaYw7Oa1m

According to Brad Turner of the Los Angeles Times, Kidd and the Knicks talked on Friday already, with Lakers executive Rob Pelinka granting the east coast franchise permission to speak with the assistant.

Sources: Knicks asked Lakers GM Rob Pelinka for permission to talk with Lakers assistant coach Jason Kidd for NY’s head coaching vacancy. Kidd spoke with the Knicks Friday. The two sides hope to talk in person before the Lakers head to Orlando to be in the “bubble.”