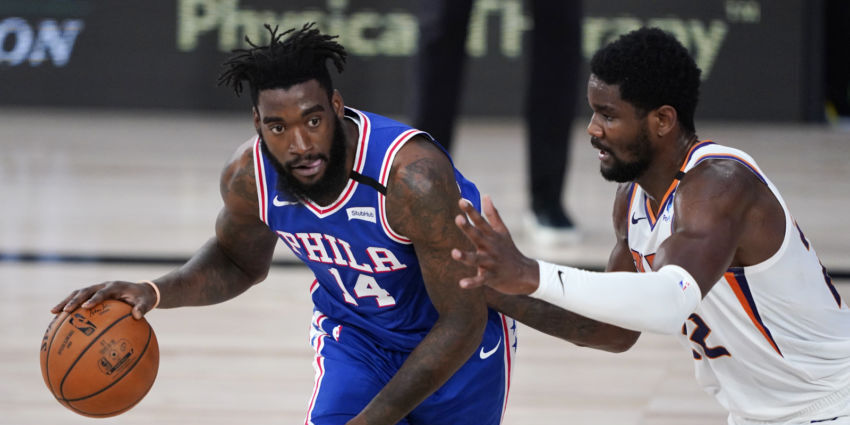 Needing help in the paint, the Knicks are using one of their open roster spots to sign 28-year-old Norvel Pelle to a 10-day deal.

The New York Knicks are in dire need of reinforcements in the frontcourt. With two open roster spots following the NBA’s trade deadline, where they dealt Austin Rivers and Ignas Brazdeikis and waived the two players acquired, New York is adding a big man to the roster.

The Knicks are signing center Norvel Pelle, per Shams Charania of The Athletic. Pelle, 28, is a 6-foot-10 center who appeared in two dozen games for the Philadelphia 76ers last season while splitting time in few games with the Brooklyn Nets and Sacramento Kings before becoming a free agent following the expiration of a 10-day contract with the Western Conference club last month.

It’s another 10-day deal for Pelle, this time with the Knicks, who seek to add depth in the frontcourt after third-year center Robinson went down again with a fracture. Robinson could likely see his 2020–21 season end with a foot fracture. Projections forecast him missing 30 games with only 24 remaining, so any return would be tied to the Knicks advancing in the playoffs.

According to Marc Berman of the New York Post, Pelle has been testing for COVID-19 the past week in anticipation of a contract with the Knicks and could join the team as early as tomorrow. New York plays the Dallas Mavericks at home on Friday night before traveling to Detroit to play the Pistons tomorrow.

Shotblocker Norvel Pelle signing a 10-day with the Knicks. The center has been Covid-19 testing this week for the Knicks so he could be available tomorrow.

Pelle is a shot blocker for head coach Tom Thibodeau, who has had to rebuild his center depth in the rotation with minutes split between Nerlens Noel and Taj Gibson (and Julius Randle seeing sparse minutes at the 5). Noel has stepped up at times for the Knicks, especially during Robinson’s earlier extended absence this season, but Gibson is 35 years old.

The Knicks are fighting for their first postseason berth in eight years. After Wednesday’s stunning loss to the Minnesota Timberwolves and last night’s standings shuffle in the NBA, they sit sixth, narrowly avoiding a play-in game guaranteed for teams finishing seventh through 10th this year.

Pelle has averaged 1.2 blocks in 9.4 minutes per game in his short career—28 games total.