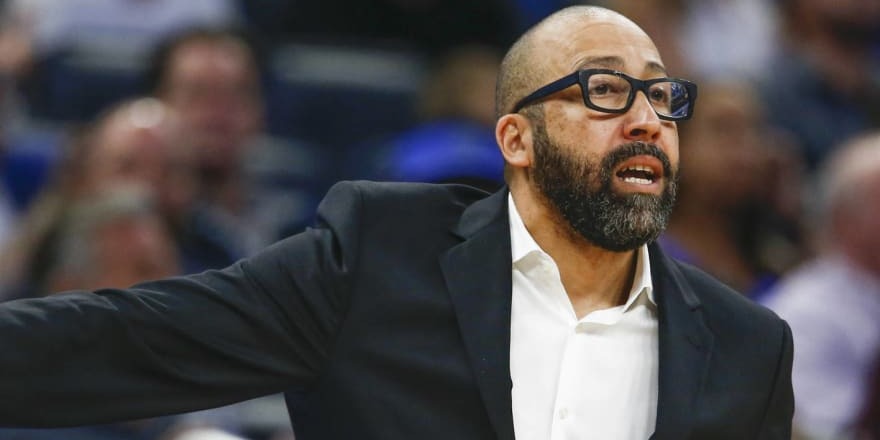 According to ESPN’s Adrian Wojnarowski and Malika Andrews, New York Knicks president Steve Mills had prepared for the ousting of head coach David Fizdale prior to Sunday’s impromptu press conference. After yesterday’s 21-point home blowout to the Cleveland Cavaliers, both Mills and general manager Scott Perry held a press conference where they voiced the displeasure of the first ten games of the season.

David Fizdale deserves to be fired, but for the third time in six seasons, the Knicks are in a position where “cleaning house” seems to be the best move for the franchise.

Fizdale isn’t an awful coach, but the cracks and weaknesses in his profile began to show. From his comments on rookie guard, R.J. Barrett’s minutes and “load management” to the subsequent shuffling of the several big men signed this past offseason, to the treatment and near favoritism to any guard on the roster not named Frank Ntilikina, Fizdale showed questions about his long-term fit.

But it also doesn’t help that the Knicks have built this roster poorly from the start. Ignoring the big-name players missed, the Knicks signed four power forwards and play one of them—Marcus Morris—at the small forward spot. Bobby Portis was paid $15.5 million this season and none of the point guards on the roster can shoot.

Still, evicting Fizdale does nothing for this franchise if the Knicks don’t completely clean house.

GM Scott Perry has just gotten comfortable in his new position and has done nothing to warrant blame, but has done nothing to remain secure either. Mills currently sports a record of 165-337 as a member of New York’s front office and has survived despite being in both president and general manager (under Phil Jackson) positions.

The damage is ultimately done at the top of chain, but at this stage, the Knicks should consider signing one of the top front-office men in the league, like Toronto’s Masai Ujiri or Houston’s Daryl Morey and provide them full autonomy to the franchise. However, that seems unlikely to happen at this stage.

The Knicks could fire Fizdale and it could turn this season around, but it’s a bandage on a titanic-sized bruise at this stage. New ownership aside, the New York Knicks will not change until the right basketball people and brought in and a proper direction is assigned.

Until then, the same people behind the scenes will continue to shuffle their seats, continue to make moves to save their own positions and do just enough to avoid criticism—including banning writers from their press conferences—for fans to be excited for the upcoming season.