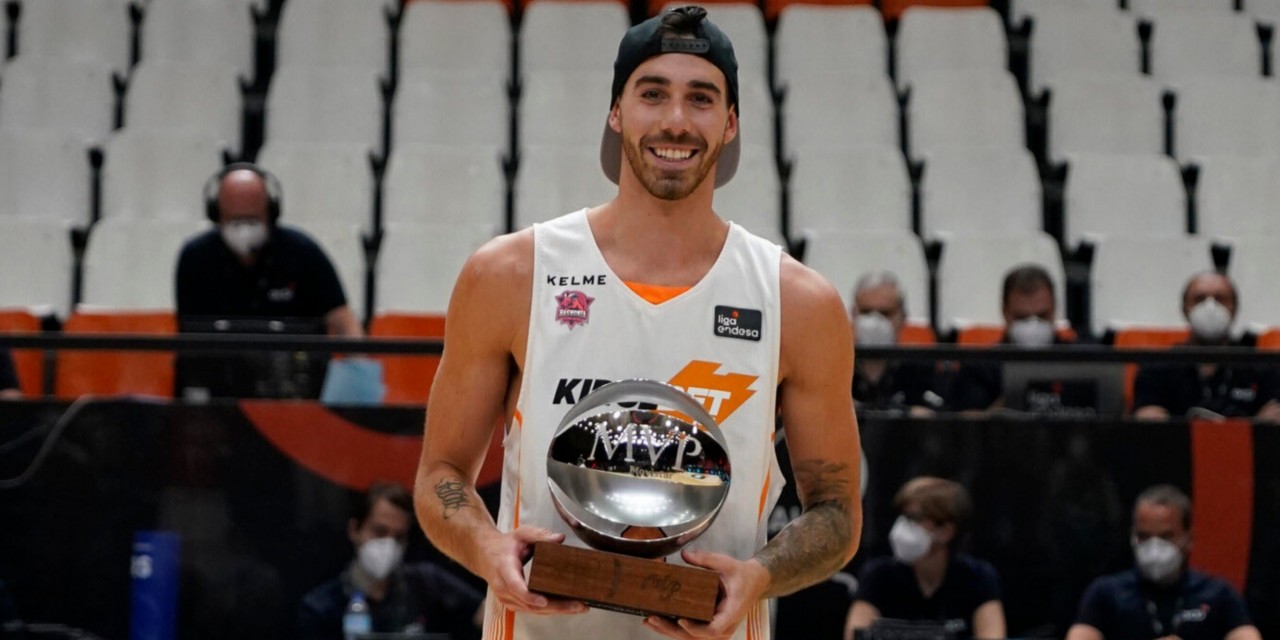 According to HoopsHype, the New York Knicks are close to a deal with point guard Luca Vildoza. In their report, Vildoza, 25, is still in the negotiation stage of a buyout with his current club, TD Systems Baskonia. Baskonia is of Liga ACB in Spain, which means he participated in both the Liga ACB league and the EuroLeague this season.

SNY’s Ian Begley also reported the Knicks have been in talks with Vildoza, nixing an agreement with ex-Westchester Knicks big man Simi Shittu for the last open roster spot.

After a late change of plans, NYK will not sign Simi Shittu, sources say. Club has an open roster spot. Sources confirm NYK has been in talks with Argentinian G Luca Vildoza to add him to roster. @hoopshype reports there’s a deal in place. @chemadelucas earlier reported talks.

Vildoza looks like a fun, creative ball-handler who can also launch some threes from the outside from the clips that I’ve seen so far. For the season, Vildoza is 99-of-270 from the outside between both leagues, which equates to a 36.6% shooter. Combine his ball-handling with shooting and his attempts—over four attempts per game in each league—and you have someone that sounds like he can contribute in the NBA.

Below is a tweet threading some of Vildoza’s best games this season.

If you don't know how Luca Vildoza plays, here is a thread with some of his best games this season…https://t.co/Kp3XbYvHPt

Luca Vildoza (@lucavildoza) is someone NBA teams should keep an eye on in the FA market. Skilled PG who can defend, finish in the paint with either hand, create out of the PnR for shots at all 3 levels, hit C&S 3s and off the bounce 3s, and plays with some flair. pic.twitter.com/CCY3oHQdo6

Let’s unpack this just a bit.

The addition of Vildoza tells me that Knicks President Leon Rose and company aren’t afraid to scour the world looking for talent. It opens up to New York being a bit more open to the idea of adding players from the EuroLeague this offseason, including the 2021 NBA Draft, where talented international players like Adelaide 36ers guard Josh Giddey and Real Madrid forward Usman Garuba could fall to them. It’s also good to see a team go above and beyond to look to add talent.

Does Vildoza get in during the team’s final 10 games? My guess would be no, with Alec Burks returning into the fold after health and safety protocols and Tom Thibodeau, most likely, wanting to solidify his playoff rotation. That said, it would be nice to see him get in for a game or two before the season is over; perhaps Thibodeau can give a rest to a few players and allow Vildoza to get a brief look before heading into the playoffs.

Regardless of Vildoza, the point guard position will remain one to watch in New York.

Adding more ball-handling and creativity is a must this offseason, which should ultimately lead the Knicks towards players like Toronto’s Kyle Lowry or New Orleans’ Lonzo Ball as targets. Still, the Knicks made sure to get Vildoza before the end of the season, much like Oklahoma City did with Real Madrid forward Gabriel Deck a few weeks prior, so it’ll be interesting to see how much of a chance he gets to impress.

I’m also curious as to how the Knicks view the backup point-guard market. Assuming Vildoza is a viable rotation player and Immanuel Quickley takes a modest step forward in his second season, that’s two players who can handle, pass and shoot and use the playmaking ability of Julius Randle or R.J. Barrett to hold down some second unit lineups.

All in all, this is a bit of a surprising move, but with the recent trend of international players signing before the season ends, the Knicks jumped in and made a decent signing, adding Luca Vildoza into the fray.

ESPN’s Adrian Wojnarowski reports Vildoza and the Knicks agreed to a four-year, $13.6 million contract. According to Newsday‘s Steve Popper, Vildoza will not be joining the team this season, however:

»READ: Should the Knicks pursue Dennis Schröder this offseason?