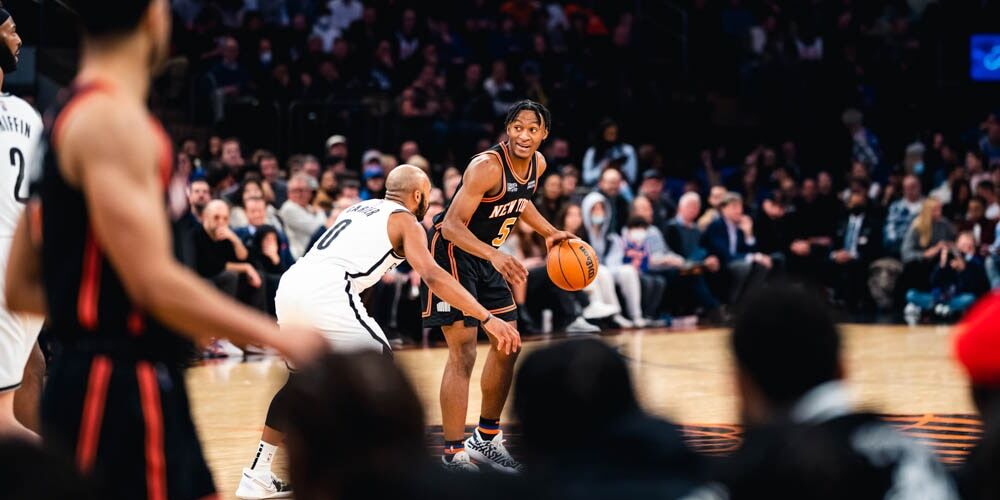 Julius Randle and the Knicks are going to take a “hard look” at themselves as Tom Thibodeau’s team heads into the All-Star break after consecutive collapses to the Thunder and Nets.

NEW YORK, N.Y. — Thought the loss to Oklahoma City on Monday was the low point of New York’s home struggles this season? Think again. Despite leading by as much as 28 in the first half and 18 in the fourth quarter, the New York Knicks crumbled in the final moments against the Brooklyn Nets on Wednesday, dropping their third consecutive home game. This loss marks the third 20-point lead the Knicks have blown this month.

When it was his turn to speak, Julius Randle was asked about the reason behind his team’s late-game woes. “I wish I had an answer for you, man,” said Randle, who scored 20 points in the first half and 31 on the night. “I don’t know. We’re just not closing games out. It’s unfortunate.”

But despite all that went wrong for the ‘Bockers tonight and so far this season, Thibodeau remains optimistic that this group can still right the ship. “Obviously, we’d like to be doing better than we are,” Thibodeau said. “There’s still time … [we should] take a step back, take a hard look at where we are. Everyone start with themselves, [find out] what [they] can do better individually, and bring that to the group”.

Perhaps the biggest (and only) bright spot from this loss was the play of Immanuel Quickley. The sophomore floor general entered this game in a shooting slump—he made just two of his last 20 treys—but he now may have shaken off the rust for good. Quickley scored 18 points, connected on four of seven threes, and helped delay the bleeding when the Nets were on the comeback trail in the second half.

This year has been a roller coaster of emotions for Knicks fans. But on the bright side, Derrick Rose is expected to re-join the squad soon after the All-Star break. Additionally, as of this writing, the ‘Bockers are just 3.5 games back of the play-in tournament with 23 remaining. A postseason spot is still within reach for this Knicks team, as bad as things may seem at the moment.