The Return of the Roughneck Knicks 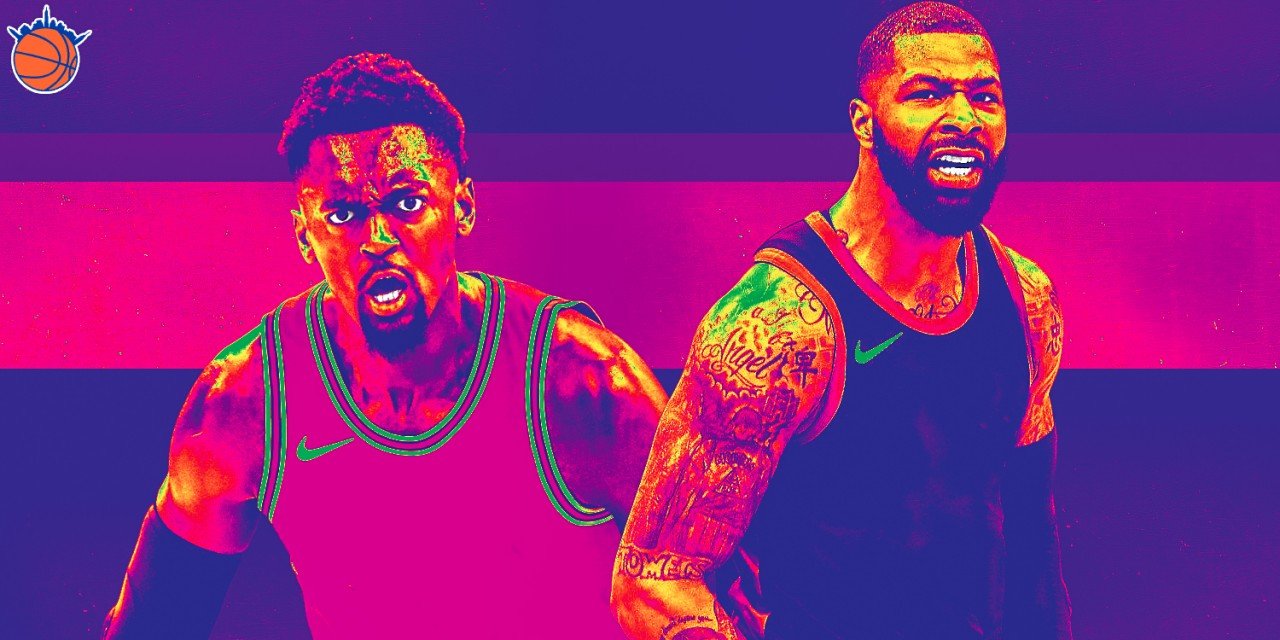 Can the new-look Knicks frontcourt restore the team to its gritty 1990’s glory days?

The last great time to be a Knicks fan was before I turned five. The ’90s Knicks and the city of New York were in lockstep with a FOH energy. You couldn’t come in to Charles Oakley’s paint without getting knocked to the floor the same as nobody is going to move to the middle of the car, so you’ll just have to wait for the next 4 train.

The rest of America already thought New Yorkers were assholes, so having a toughened team to rep the city to the sports fans of America was perfect. We don’t want you to move here anyway.

It’s time the Knicks restored the days of rough and tumble hoops that made the Garden a place to be feared, not one in which to put on individual scoring exhibitions and play with water bottles.

Now, obviously, the game is much different now than it was in the ’90s, and you can’t just level any dude who comes into the paint anymore. But did I mention that new Knicks addition Bobby Portis fractured another NBA player’s face last year? How many times can I mention that in one piece?

The highlight of the last two years was then-rookie Frank Ntilikina slightly bumping shoulders with LeBron James. Portis, along with some of the other Knicks front court additions, can bring the type of mentality that New York has been desperate for. Even if the team isn’t competitive or in a playoff race this season, it won’t be for a lack of grit.

Marcus Morris is the biggest tough vet signing of the bunch. Not only can he inject some much needed maturity into a locker room full of teenagers and young 20-somethings, but he can show them how to channel a no-bullshit energy productively, using it to intimidate others. Morris operates under the “we ain’t friends” philosophy on the court. It’s a great mentality to have among all the kids who grew up playing AAU ball and are so friendly with half of the league. It’s always stepping-on-necks season with Mook.

Julius Randle has been putting in a crazy amount of work this offseason, which has been well chronicled on his social media for fans to fawn over. He already plays like a damn bowling ball in the first place. I’d be okay with a few charges just to see him run some people over. He’s generally a physical player, but look at this picture of him doing pull-ups wrapped in a heavy chain and tell me you aren’t terrified of him.

The Fun Is In The Process! Love What You Do! ?

If this doesn’t strike fear into opponents’ hearts, then the only thing that can is the guy who’ll be playing next to Randle. Mitchell Robinson’s shot-blocking should scare the heck out of the league. He finished last season second in the NBA in blocks per game, as a rookie. And though not much conflict arose last season, we got a glimpse of Robinson standing his ground, when he had a confrontation with the other Morris twin, Markieff, in the first preseason game. As Fizdale said after the fact, “That was awesome. You don’t instigate, but you don’t back down.”

One of my favorite things in the world is laughing or smiling at people who are mad as hell. Cam’ron sarcastically asking Bill O’Reilly “You mad doggie?” belongs in the Met. Mitch brought this exact energy to the situation, just smiling at Morris’s provocations.

Another player of note in this discussion is Taj Gibson, a consummate professional who plays with that same no-frills attitude. Knock ‘em down and don’t help them up. Also, Portis punched an NBA player—and teammate—in the face and fractured his cheek bone. Sorry, that needed more emphasis.

So, it’s established that the Knicks’ frontcourt should be a tough group this season. That’s the most important part of the roster to toughen up if you want to build an identity around no nonsense. The rest of the Knicks roster are mostly deer in the headlights for now, but they have potential to be fearsome with some influence from the frontcourt. We already know R.J. Barrett isn’t afraid of anything (quadruple teams included); Ignas Brazdeikis has a swagger he hasn’t earned yet; Allonzo Trier’s iso moves can be demoralizing.

Fizdale has been preaching a tough defensive identity since he’s come on board. He now has a roster that he could mold to fit that vision. Let’s make the Knicks assholes again.