RJ Barrett Defends Cold Night in Sixers Loss: ‘It’s Not About Me. It’s About The Team’s Success.’ 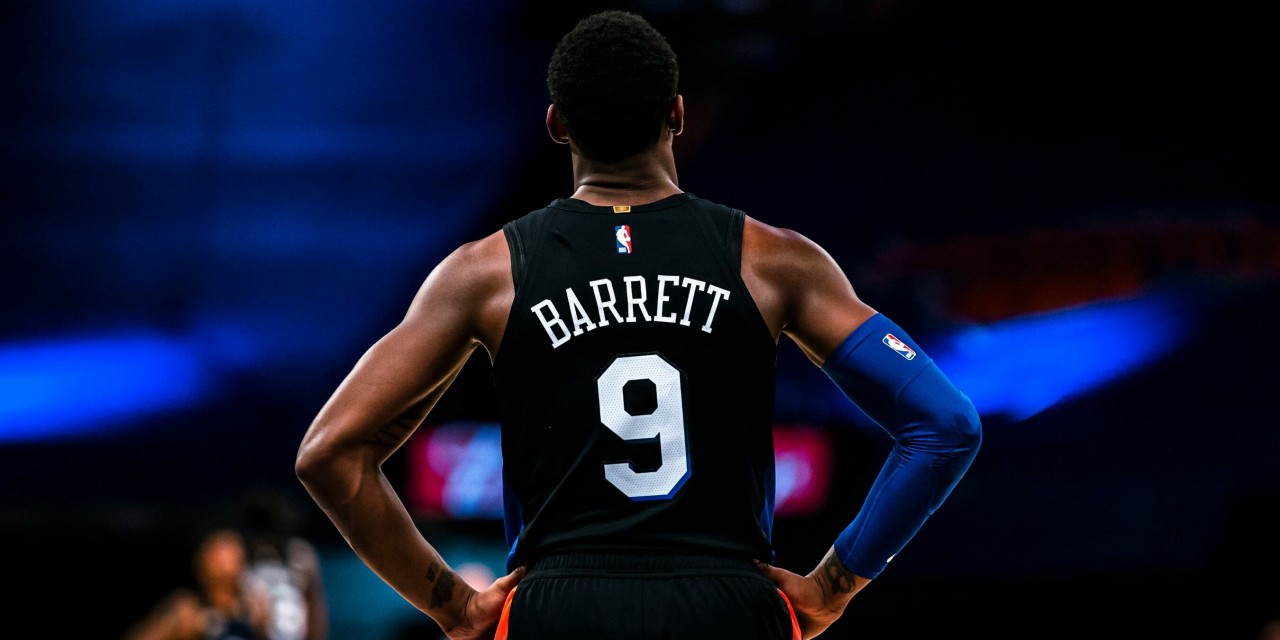 NEW YORK — On the first possession of the New York Knicks’ 2020–21 home opener, the arena speaker’s blaring “dun duns,” which are usually accompanied by chants of “Defense! Defense!”, played on the Madison Square Garden PA system. The chants, though, were absent. As was the crowd as a whole. Artificial fanfare played but the Garden’s usually electric atmosphere couldn’t be replicated. Such is life for the Knicks for the foreseeable future.

“It’s our reality. It’s unfortunate but it’s the right thing to do,” Tom Thibodeau said before the matchup against the Philadelphia 76ers. “It’s still a special place to be. It’s the home opener…but you feel for everyone. The fans are an important part of it and we certainly miss ’em. And so we’re gonna do the best we can until we get back into the building,” the head coach added.

The home opener lacked even more excitement because neither of the Knicks’ rookies was available to play. Obi Toppin, the hometown kid who cried tears of joy when New York drafted him, and Immanuel Quickley, who showed well-rounded scoring that hasn’t been seen from a Knicks point guard in eons, watched the game in masks and street clothes.

An empty arena and rookies hobbled with injuries became the least of New York’s concerns once the game started. The Knicks kept it close with the Sixers despite R.J. Barrett’s woeful shooting night, in which he shot just 1-of-11 in the first half and didn’t register a field goal until the very end of the half. Joel Embiid recorded 20 points in the first half, helping Philly go up by five at the break.

As Embiid poured on the points—a game-high 27, to be exact—his teammate Ben Simmons led an effort to stop R.J. Barrett from getting any. He finished with 10 points on 2-for-15 field goal shooting while recording as many assists as turnovers as New York lost 109-89 and dropped to 0-2 on the young season.

Although a fan-less game is a unique product of 2020, the Knicks stinking it up at home is not. The Garden has barely been a homecourt advantage for New York as of late. The Knicks only recorded one win more at home than they did in away games in each of the prior two seasons. MSG not admitting fans spared the Knicks from hearing boos as their losing streak to the Sixers extended to 13.

Barrett’s lackluster shooting didn’t deter his confidence, though. He continued to be aggressive offensively and didn’t slouch just because he couldn’t get anything to go. “That’s part of the game,” Thibodeau said postgame. “If you’re taking your shots and you’re shooting the ball well and it doesn’t go in, that’s fine. There are other things you could do and he has the ability to help us in a lot of different ways.”

one of those nights pic.twitter.com/eqCfo0mLp4

For Barrett, ice-cold shooting nights don’t weigh too heavily on him. He said he’ll watch the film of his game, but that he also has a game tomorrow to prepare for, echoing his coach’s sentiment that games like these are part of the game. “It’s not about me. It’s about the team’s success,” Barrett stated. “Whether I’m shooting good or shooting bad, it’s all about the team, all the time.”

Poor shooting wasn’t unique to Barrett. The Knicks collectively shot 8-of-29 from beyond the arc. Thibodeau acknowledged that shooting threes is important in today’s game and said that he thinks New York will improve in that area over time. He added that he’s still figuring out which lineups work best.

Nights like tonight are all too common for the Knicks in recent memory. As New York continues to assemble one of the league’s youngest squads each season, the theme of improvement is the biggest one to pay attention to. “Our responsibility is to improve each and every day,” Thibodeau said. “Come in, put everything you have into it. The games reveal exactly where we are and obviously it’s showing us that we have a lot of work to do. We have to learn from each experience and we have to get better.”

Thibodeau spoke about improvement before the game, too. More specifically, what he has seen from his coaching staff and his players. “We put a heavy emphasis on the player development aspect of it. Everyone’s bringing a different strength to the table and we’re very pleased with what they’ve done,” he explained.

“I think our players are getting a lot of attention. I see them growing. I see them buying into what we’re trying to get accomplished,” Thibodeau continued. “Obviously, it’s a long process and we have to go day by day. We put a premium on teaching and we think we have great teachers on the staff.”

While the young Knicks may show flashes of brilliance, games like these show they still have plenty to learn.