RJ Barrett Is Hurt. What’s Next for the Knicks? 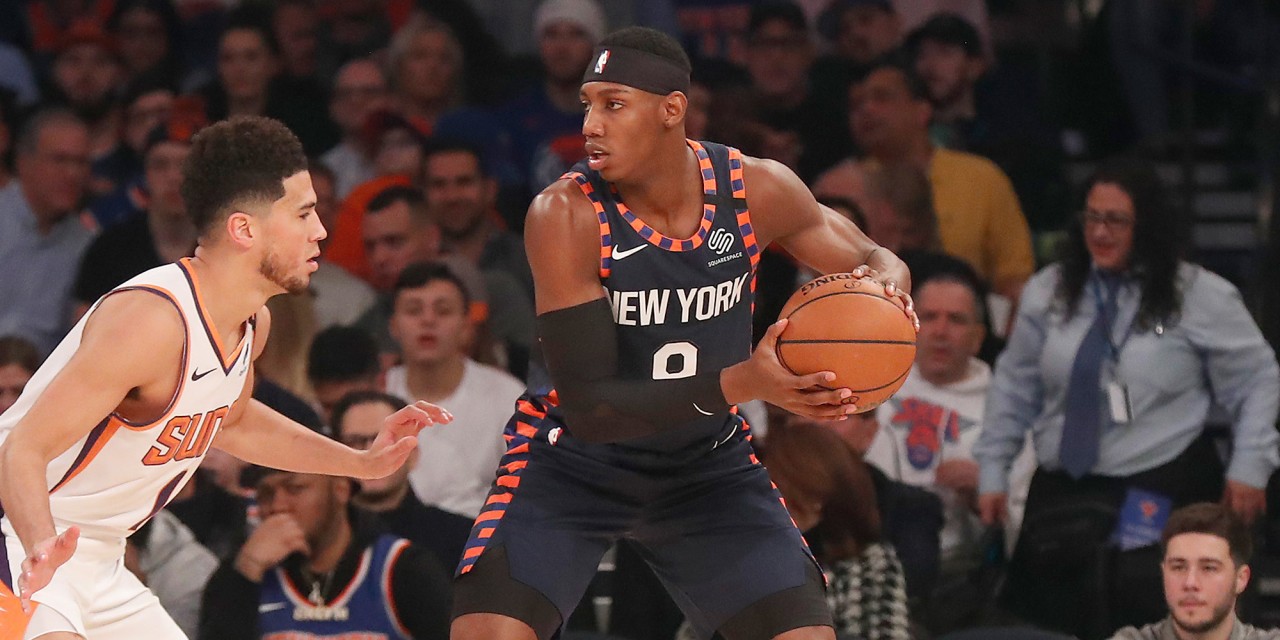 NEW YORK — Right out of the gate, it’s unclear how badly hurt Knicks rookie R.J. Barrett is at the moment. The third overall pick of the 2018 NBA Draft went down after turning his ankle in the third quarter of New York’s home loss to the Phoenix Suns on Thursday evening. The 19-year-old Barrett took several moments to get up, shoot his free throws, and left the game a few possessions later at a timeout.

The Knicks are calling it a right ankle sprain for Barrett and there is no further information. The former Duke Blue Devil was propped up on crutches in the locker room after the game and had his right ankle taped up. Barrett speaking in more dour terms than his usual upbeat demeanor, told the media post-game that it “hurts” and that he has never really been hurt before.

RJ Barrett, on crutches in the locker room:

"It hurts. I don't know, man. I've never really been hurt before" pic.twitter.com/xGDp2I03SS

Barrett’s apparent injury is very troubling for the Knicks, who have been experiencing the best of their rookie in the past five games. Since donning his headband, Barrett had been averaging 19.0 points and 5.8 boards and shooting 46.3% from the field, 42.1% from three-point range, and 78.0% from the free throw line. Irrespective of headwear fashion, New York needed an uptick from Barrett going into the NBA’s trading deadline as greater incentive for the front office to sell high on players like Marcus Morris and Bobby Portis so interim head coach Mike Miller could prioritize minutes and development to the first- and second-year guys.

For now, Barrett’s timetable is uncertain. In the same game on Thursday that saw the Knicks eventually drop their second in a row by more than 20 points, the second unit gelled nicely at times with third-year guard Frank Ntilikina back from a sore groin. Ntilikina played alongside sophomore center Mitchell Robinson (12 points, three steals, two blocks) and Damyean Dotson in one of the more promising combinations for Miller’s team.

However, after the game, Miller, like his predecessor in former head coach David Fizdale, preached “balancing” the young players with veterans. Pay no mind that Morris, for example, could fetch a first-round pick on the trade market or even—to take this in a different direction—22-year-old Dennis Smith Jr. (dealing with an oblique strain) has a few takers like the Minnesota Timberwolves, who just traded their point guard Jeff Teague on Thursday.

“Well, I think balance is the key in a lot of these things,” Miller remarked after the game, trying to tippy-toe his way around the youth question. “Obviously we’ve got a whole half a season in front of us, and these guys have gotten quality minutes in the first half. I think it’s going to be really important how we finish, how we show what we’ve learned in these next 41 games … I think it’s going to be clear what a lot of these guys needs.

Barrett’s precarious ankle injury further illustrates how the Knicks—as a franchise, too—are at a crossroads given the messaging from top brass in the past offseason signifying the need to dig in and develop the young players while bringing in veterans to smooth along the process and mentor. Instead, Miller and the Knicks are sticking with vets like Morris, point guard Elfrid Payton, and, strangely, Bobby Portis, while the outcry for Robinson and watching the neophytes grow together only increases.

Barrett’s injury shouldn’t be the impetus to keep showcasing the vets; instead, it should be the rallying cry behind spending the final 40 games of the 2019–20 season seeing what New York has in its younger players.

Kenny Wooten was not with the Knicks on Thursday after signing a two-way contract with the organization earlier in the week. He’ll play for the G League Westchester Knicks on Saturday in Florida and used one day of his prorated allotment practicing with New York on Monday (since he signed at the threshold for two-way deals; it’s fewer than 45 days after January 15th).

Ntilikina returned after missing two games with a sore groin, playing 24 minutes off the pine, normally alongside Robinson. Ntilikina scored two points on 1-of-6 shooting and added six dimes and a pair of steals.

Marcus Morris returned, too, after a five-game absence with his sore neck. The veteran forward denied the team anymore excuses after 42 games in the books and nine new faces on the roster. “F–k that,” Morris said off-the-cuff in the locker room. “The time is now.” Morris described the issue with his neck stemming from multiple hits to the area across several games since his initial return from the same neck soreness.

The Knicks announced on Friday afternoon that Barrett’s X-rays were negative. He’ll be evaluated in a week.

Medical Update: RJ Barrett sprained his right ankle in the third quarter of Thursday’s game against Phoenix. X-rays were negative and he will be re-evaluated in one week.