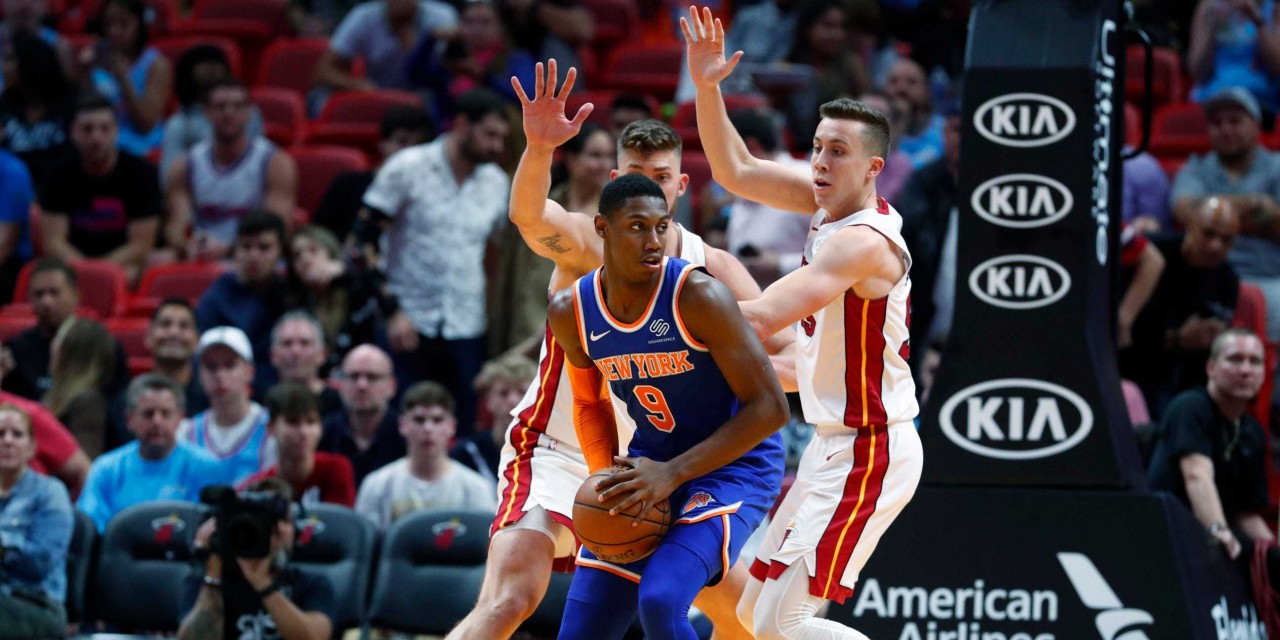 Knicks rookie RJ Barrett was invited to the NBA’s rookie-sophomore game during All-Star Weekend, but his ankle injury could sideline him.

Barrett, 19, was selected by the Knicks with the third overall pick in the 2019 NBA Draft. He has averaged 14.1 points, 4.2 rebounds, and 2.5 assists per game in 41 appearance for New York. The Canadian will be on Team World; however, per SNY’s Ian Begley, the injured Barrett, who has missed the last seven games, two weeks, is “unlikely” to compete in the annual rising stars competition.

The feeling at this time is that Knicks rookie RJ Barrett is unlikely to participate in Rising Stars game as there is a cautious approach being taken with his ankle injury, per SNY league sources. Timetable on these injuries, of course, is always subject to change. https://t.co/XTKddQyztY

Barrett hurt his ankle in a January 16th home matchup with the Phoenix Suns and was later re-evaluated a week ago as still sidelined. No other young Knicks made the two rosters, although New Orleans Pelicans rookie power forward—and first overall selection from last year’s draft—Zion Williamson, Barrett’s teammate at Duke, was invited due to Chicago Bulls second-year center Wendell Carter Jr.’s injury.

Other young Knicks include a pair of sophomores in forward Kevin Knox, the 2018 draft’s ninth overall pick, and former second-round selection center Mitchell Robinson, who leads the league in field goal shooting this season.

Find the list of Rising Stars Challenge participants below, via Newsday‘s Steve Popper.

Here are the complete squads. pic.twitter.com/V8TM1nivf6

The NBA Rising Stars Challenge is on Valentine’s Day this year, February 14th. The following night is the trio of events including the Slam Dunk Contest, and Sunday night will be Team LeBron and Team Giannis in the 2020 All-Star Game. Barrett—whether the Canadian participates in the rookie-sophomore game or not—could likely be the only representative of the ‘Bockers in Chicago for All-Star Weekend. However, with the first-year swingman still nursing the ankle injury, New York could remain cautious with the former third-overall pick and keep him out of the rising stars game.