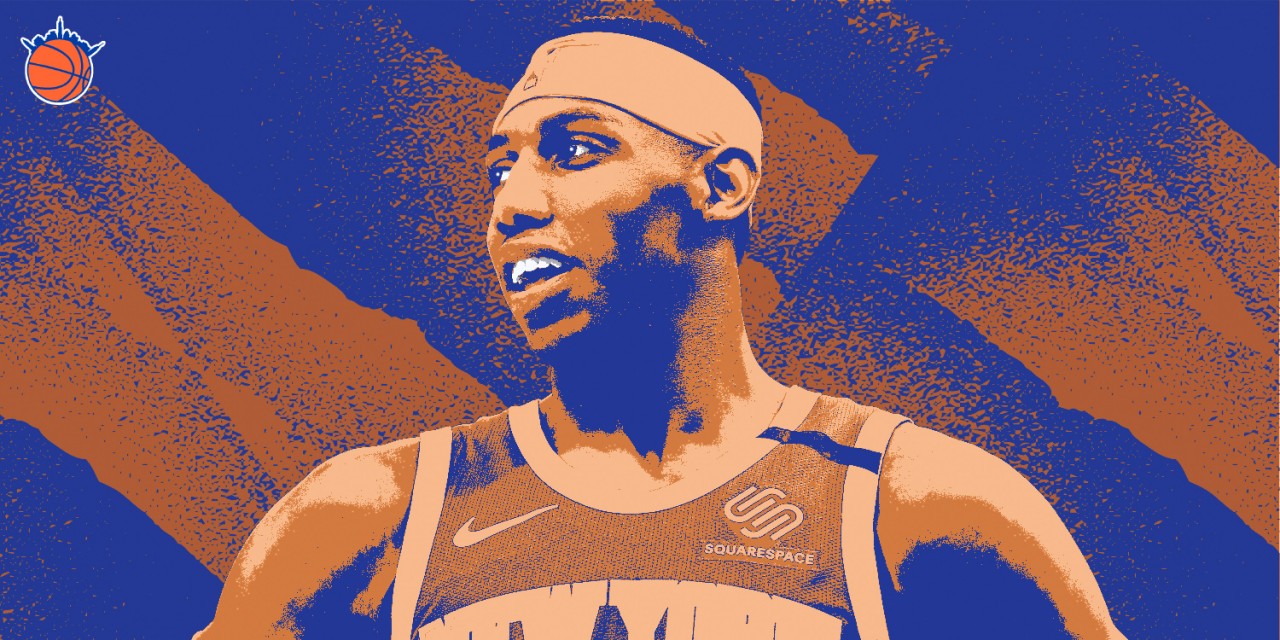 It’s hard to look at the successful rookie year of future star Ja Morant and not be jealous of Memphis’ luck to land one spot ahead of the New York Knicks in the 2019 draft lottery. As the season continues, Morant proves time and time again that he will be one of the top players in the league, while more and more questions are raised about the player taken one spot after him, R.J. Barrett.

This doom about the Knicks prospect was not present on October 23rd, the first day of the season for New York and their new rookie. Barrett scored 21 points on almost 70% from the field. Immediately, his jump shot looked worrisome as he bricked two wide-open threes, but he showed great promise as a slasher as he rained in layups. Forty games later, Barrett’s struggles have become more prominent than any strengths.

When studying Barrett’s outlier efficient games, like the one in San Antonio, it is obvious that the New York rookie is not being used in the best possible manner. This has been said since his lone year at Duke, but just because it is often said doesn’t make it any less true. The Knicks’ offensive scheme has forced whoever grabs the ball into creating something with minimal to zero spacing or off-ball movement around the facilitator, which has limited the 19-year-old’s development.

Going back to that 21-point NBA debut, the most impressive plays were the ones where Barrett grabbed the ball after a steal or Spurs’ miss and looked like an unstoppable force heading to the rim. He was deadly in transition and remains a terror on the move now.

Some scouts were out on the number one recruit from high school succeeding in the NBA because of his failure to stand out in any one aspect: he’s a decent passer, rebounder, defender, and scorer but he wasn’t particularly good at any of those areas. Looking at his supposed best strength, scoring: he has never been efficient at the rim, in the midrange, or from three-point land. Barrett’s ability to be decent enough at each level of scoring but not proficient at any has continued in the NBA, yet one area that the Knicks rookie has flashed All-Star caliber ability in is his transition game.

With no one waiting at the rim, Barrett can take his time and use his strength and array of moves to easily score. In his third highest scoring game of the season, three out of his seven made shots came from transition scoring or from the free throw line when the defense realized he can’t have an inch of space near the rim. Scoring 24 points as a rookie is always impressive, but to also attempt eleven free throws against the Clippers, one of the best defenses in the league with one of the best wing defenders the league has to offer guarding you is hard even for the superstars of the league. Barrett torched the whole team by simply being put in a position that benefits him.

The same conclusion is drawn when looking at another one of Barrett’s best games: the starting 2 guard scored 23 points against the second-best team in the East, the Miami Heat. Employing the same treatment he used to torment the Clippers, Barrett scored three of his seven made field goals from transition opportunities and drew contact once the defense started to close in to add eight points at the charity stripe.

It’s obvious that Barrett is simply not as good when generating looks for himself in the halfcourt compared to when the defense is still heading back. That’s O.K., as another young All-Star can take over games despite major halfcourt weaknesses.

Barrett gets compared to a lot of score-first 2 guards: James Harden, DeMar DeRozan, or Penny Hardaway. At Duke, Barrett broke the freshman season scoring record, so people assumed that getting buckets was his calling card. While he did show talent as a scorer, Barrett was also 10th in the ACC in rebounds, fifth in assists, and number one in free throw attempts.

The Knicks should reduce Barrett’s massive role in the halfcourt to focus on ideal scoring opportunities in the post (where he is more efficient than Luka Doncic and Zion Williamson) and in transition, where he averages the same amount of points per possession as Ben Simmons, the player after whom the Knicks should model Barrett’s game.

A big worry about drafting Barrett back in the spring and summer was the ball-dominating, iso-centric nature that he became infamous for during his year at Duke, when he would often ignore Williamson for off-the-dribble mid-range shots.

Unfortunately, those type of games still persist in the NBA. Barrett has had 13 games with one assists or less. In all of those games, he shot nine or more field goal attempts, but only shot above league average thrice; that stretch of selfish play included 1-for-10, 3-for-12, and 0-for-9 nights. It’s incredibly frustrating watching the Canadian teenager when he constantly forces shots yet is reluctant to look for teammates.

It comes down to a misunderstanding of Barrett’s game. He can dominate when running the open court, getting to the line, or posting up, but not so much when he has to create out of nothing. He isn’t LeBron James, he isn’t DeMar DeRozan, and he isn’t James Harden.

Instead of being the number one option, Barrett should take advantage of his talent as an off-ball player. If he’s unable to get to the spots he wants, his cuts could be huge scoring opportunities with his ability to draw contact or shoot open jumpers. Despite the low overall percentage, Barrett is shooting 35.5% on catch-and-shoot threes, above Lauri Markkanen, Kyle Lowry, and Kristaps Porzingis. He has also been excellent at passing in tight corners:

Look at how he keeps cutting until he’s open, then immediately makes a smart pass for an easy two points. His success is a matter of Barrett being willing to step back from dominating the ball, and of the Knicks gameplanning to prioritize the rising star’s strong points and not force him to do too much. The story of R.J. Barrett has been largely incorrect, but it’s not too late to re-write it.

»READ: How the Knick can invest in RJ Barrett