Playing RJ Barrett in Garbage Time Is Not Helping Him Succeed 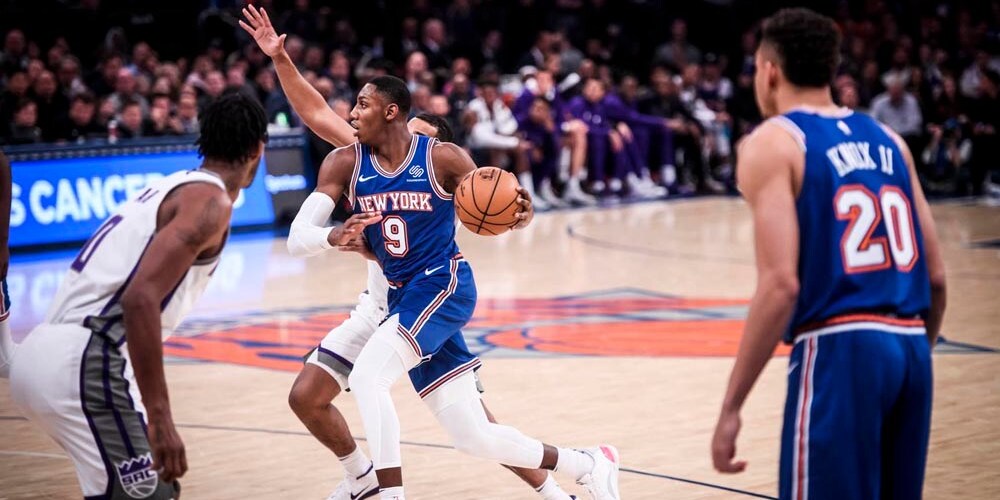 After the Knicks’ disastrous loss Sunday night against the then 1-5 Sacramento Kings, New York head coach David Fizdale shared his thoughts on R.J. Barrett’s minutes, of which the rookie played 41–including garbage time, per the New York Post. “We got to get off this load-management crap. Latrell Sprewell averaged 42 minutes for a season. This kid is 19. Drop it already.’’

A frustrated Fizdale has Barrett playing 37 minutes a night so far this season. That number ranks him third league wide.

There is no doubt R.J. Barrett is capable of playing a high amount of minutes at the moment, and that fatigue in the short term won’t be much of an issue.

The real problem with playing Barrett this much is that statistical evidence suggests it may put him at greater risk of injury.

R.J. is the most important long-term player on the Knicks, and his minute load should be carefully handled. Against Sacramento, Barrett logged seven minutes in the fourth quarter of a game that was decided by the third.

Playing him in garbage time is indicative of Fizdale’s lack of concern for the long-term effects of overworking Barrett, one of the only bright spots on the Knicks. If New York had a more cohesive long-term plan for managing young players, and expectations for the team’s performance, Barrett wouldn’t have to play meaningless minutes for a dull Knicks team who have lost six of their first seven games.

Other NBA teams with young stars, like the Memphis Grizzlies, are managing workloads with care. Ja Morant is playing 28 minutes a night, while Jaren Jackson Jr. logs 25 minutes a game. In those minutes, they both look fantastic, and are going to be a formidable duo in the long-term. In the short term, however, Memphis sees no reason to overwork them; the team isn’t going to win many games this season.

R.J.’s minutes are an overreaction to last season, in which the Knicks tanked for a high draft pick, then decided the rebuild was over. Overworking Barrett and begging him to be the savior is not the solution—especially when playing him in blowouts.

»READ: Could RJ Barrett be the Knicks’ answer at point guard?

»WATCH: RJ Barrett, the silver lining vs. the Kings