RJ Barrett and His Playmaking Forward Possibility of a Future 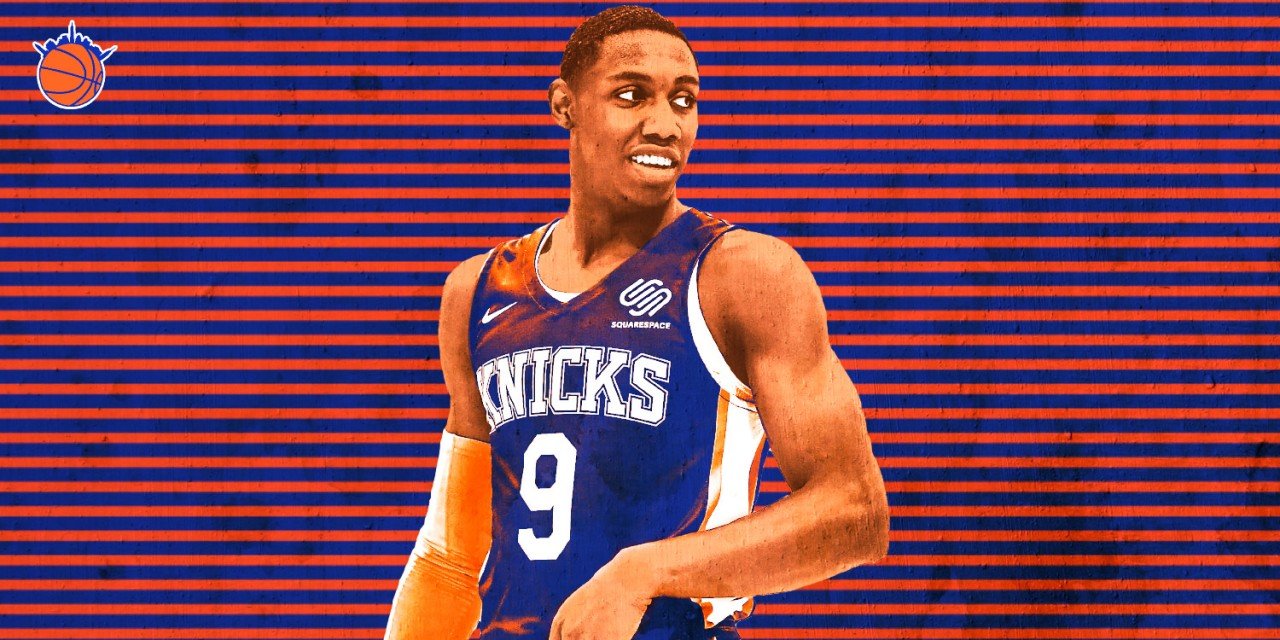 The Knicks would greatly benefit from playing rookie RJ Barrett as a forward, with emphasis on development of shot creation for his teammates.

The future of the New York Knicks lies within the success of Mitchell Robinson and R.J. Barrett. That may change within the course of the next 12 months, but for now, those are the two players who could change the trajectory of the Knicks.

After a stellar rookie season, Robinson’s future is clear—he’s going to fit into a similar mold to Clint Capela—running the floor, blocking shots, and finishing alley-oops.

Barrett’s future, however, is unclear yet. After a solid season at Duke and an uneven Summer League performance, Barrett looks more and more like a point-forward—and that archetype could create some intrigue in the future for this New York roster.

One of the major criticisms involving Duke this past season was that the Blue Devils were “too much Barrett, not enough Zion Williamson.” Despite that trope, Barrett flashed a strong offensive game and looked good as a creator and passer, finishing with 4.9 assists per 36 minutes and an assist rate of 23.5%.

Despite his performance, Barrett’s season hinted that he could be a lead offensive threat who could also involve his teammates. New York believed it too, allowing Barrett to assume a lead offensive player role at the NBA’s Summer League in Las Vegas, Nevada.

Largely playing alongside floor general Kadeem Allen, Barrett brought the ball up the court, initiated the offense in the halfcourt and was the main option in the team’s offensive attack. While his shooting numbers were poor and remain a huge question mark in his overall future, Barrett’s playmaking shined, and looked like his most intriguing skill heading into his rookie season.

R.J. Barrett is a small forward

The Knicks appear to be starting Barrett at the shooting guard spot, but the 6-foot-7 Canadian’s best position appears to be the small forward spot. Even if he never becomes a true point-forward, Barrett’s skill set lends itself to be most effective as a second wing player—both positively and negatively.

Barrett is a mixed bag as a defender. Between Summer League and Duke performances, he’s shown solid on-ball tendencies, questionable off-ball tendencies, and didn’t light the world on fire in terms of defensive events (34 steals and 16 blocks in 1,341 minutes at Duke).

Moving forward, as Barrett gets bigger, he’ll possibly lean into playing some more power forward. Even with the league getting bigger and back to larger basketball, Barrett will be able to snag minutes at the 4 and offer those positive offensive skills with more spacing around him.

Barrett coming good and the future of the roster

Thanks to New York’s offseason frenzy, the frontcourt is largely filled, meaning Barrett will likely see the majority of his minutes at shooting guard. With the addition of several talented shooters onto the roster, spacing will be balanced among frontcourt players, which is a positive for Barrett, Dennis Smith Jr., and other players patrolling in the backcourt.

If Barrett gets more minutes at small forward, not only will it help him in the long-run, but it will also create more flexibility in New York’s roster construction.

If Barrett improves as a shooter—47.6% True Shooting percentage in Vegas—he can be a central weapon to New York’s attack, both as a creator and finisher. It would also offer New York a creator who can space the floor and attack at the basket.

Good morning to absolutely nobody except RJ Barrett ??pic.twitter.com/YezxbQLbLZ

This takes pressure off the point guard position and its need to create. Instead of looking for a pure point guard (think Ricky Rubio), New York could look for someone who can score the ball more, or someone who works best as a secondary ball-handler and defends. Between Smith’s pending restricted free agency status and the 2020 NBA draft class loaded with guards, this is something New York will have to consider.

With Barrett and Robinson, the Knicks will need spacing at other positions. We should see some examples of this when Wayne Ellington, Bobby Portis, and Reggie Bullock spread the floor.

Ideally, you want shooters who offer other skills, too, like perimeter defense, passing, and rim protection. Still, having players who can use the gravity of others to find open spaces and knock down three-pointers at an above-average rate works swimmingly.

Between Barrett and Robinson on the floor, the Knicks will need guys who can shoot and provide balance.

R.J. Barrett enters next season as one of the two main glimmers of hope for New York’s future, and there’s excitement for who he could ultimately be. Some think James Harden, but outside of his position, shooting, and being predominantly left-handed, Barrett becoming Harden seems highly unlikely.

Think instead of someone like ’90s wing player Steve Smith. The former swingman finished with his 15-year career with averages of 14.3 points, 3.2 rebounds, and 3.1 assists. He also had five seasons of averaging 17 points or more, and five seasons averaging 3.5 assists or more. Of course, Smith combined that with some solid shooting seasons.

For Barrett, the weaknesses will have to be improved upon, but if it all comes together, New York would have two special players around which to build and shape the roster.