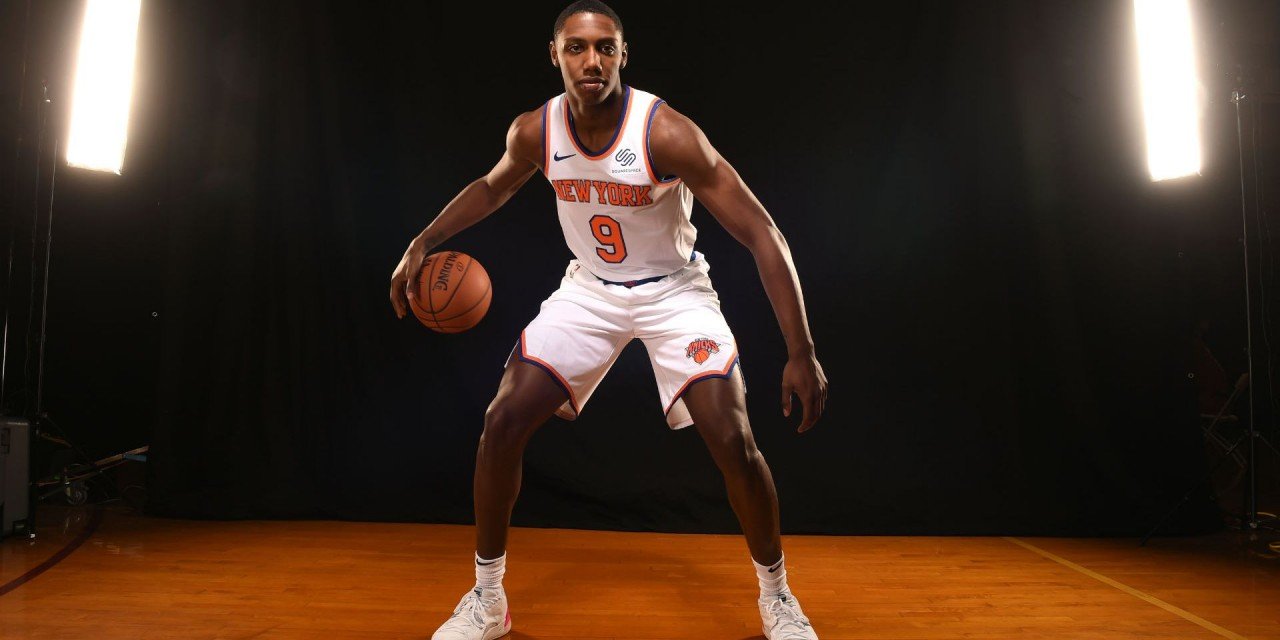 The Knicks’ 2019 first-round pick RJ Barrett announced on Wednesday he would sign with athletic brand Puma in an exclusive shoe deal.

More to come live from New York on 31st Street at 4:30 PM… pic.twitter.com/0INe0BPolV

Barrett’s reveal came in a big way, via a billboard on 31st Street (between Sixth and Seventh Avenue), where he will meet fans later today, Wednesday, at 4:30 p.m. ET.

The signing itself comes as no surprise. Barrett was seen rocking Pumas in Las Vegas, Nevada, during the NBA’s Summer League and attended the rookie photoshoot last week wearing Pumas as well.

RJ Barrett at the rookie shoot in PUMAs ? pic.twitter.com/nxpDqPhFFr

In a sit down with Jay Williams for “The Boardroom,” Barrett mentioned that he pays close attention to shoe deals, so his decision to ride with Puma was carefully made. Is a signature shoe already in the works? That question could be answered later today when Barrett meets with fans later today.

»READ: An in-depth look at the PUMA basketball “x-ray”