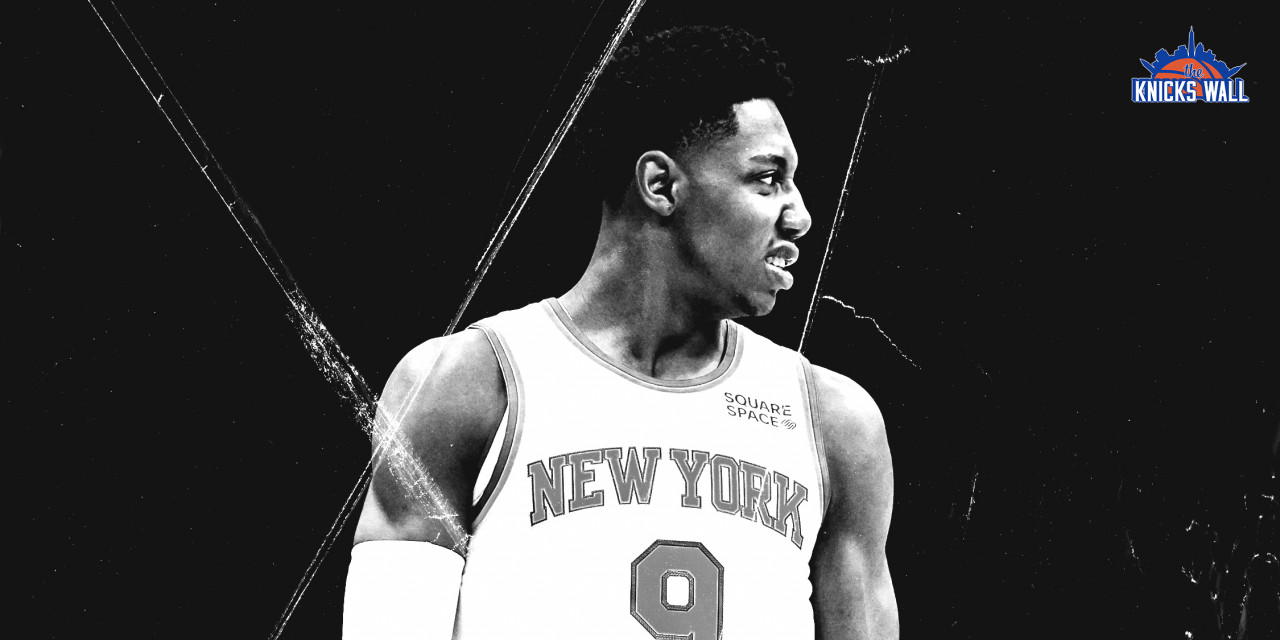 After such an encouraging sophomore season, RJ Barrett’s play has taken quite the step back so far in year three.

Entering this season, the results of the 2019 NBA Draft seemed to finally be playing in the Knicks’ favor. Number one pick Zion Williamson was slated to miss an undisclosed amount of time to start the year, and number two pick Ja Morant saw minimal improvement from his Rookie of the Year award eruption to last season. This left the Knicks’ number three pick, RJ Barrett, as a massive breakout candidate on a now-playoff team to begin the 2021–22 season.

Besides, Barrett saw substantial improvements from his disappointing rookie season to his sophomore one. He was given the keys in 2019 to what was presumed to be a league-bottom roster, averaging just 14.3 points on 13 shots attempted per game. He struggled in shooting across the board, making 40.2% of his shots from the field, 32% of them from three-point range, and 61.4% from the foul line.

Then, playing next to Julius Randle as the offensive workhorse last season, Barrett saw his usage improve immensely. His numbers shot up in just about every category, averaging 17.6 points on a higher volume of 14.7 shots per game. He shot 44% from the field and rose above the league-average rate at 40.1% from behind the arc. Barrett was the second option on the team behind Randle, trailing only him in minutes played for the season across the league.

In a new offense initiated by Tom Thibodeau in his first year as coach of the Knicks, the flow seemed to help Barrett greatly. In less of a ball-dominant role, Barrett was often the beneficiary of solid movement off the basketball that allowed him to hoist more open outside shots. He was treated as much more of a spot-up shooter, taking about 37% of his shots without a dribble as opposed to only 31.5% in his rookie season.

A larger player, though, this didn’t limit Barrett in his ability to drive the lane and get quality looks inside the three-point line. He still took 53% of his shots from within 10 feet of the basket last season, making 49.8% of them. He would force this more often in his rookie season, taking over 58% of his shots within 10 feet of the basket. Of those, he made a less effective 47%.

So, with the changes in the offensive scheme there to explain how Barrett benefitted in his sophomore season, what is the explanation for his slump through the first 20 games of this campaign?

Barrett has not only stagnated, but is beginning to revert toward the numbers he put up in his rookie season. Before leaving last night’s game with a non-COVID-related illness, he’s averaged 14.6 points on a career-low 39.4 field-goal percentage. His three-point percentage has dipped all the way down to 32.1% and he’s shooting under 70% from the free throw line. With a sample size of about a quarter of the season played, is it too soon to start worrying about Barrett and the third-year jump so many expected? Or might this just be an early-season slump that he will overcome and end up with some career-best numbers?

A look at the shooting splits between last season and this one might help to explain Barrett’s struggles. Through the first 20 games, he is taking one fewer shot per game, but interestingly also averaging one more three-pointer per game. As the Knicks focused their offseason on making the three-pointer a more focal part of their offense, this has affected Barrett’s shot distribution in being more involved behind the arc even if it means sacrificing other shots inside of it.

With that expanded three-pointer volume, Barrett has just had a tough time finding the bottom of the net. He’s averaging just 32.1% on these, but taking high-quality shots. Of his three-pointers attempted, he’s shot 84.5% of them at least four feet away from the closest defender. These are very clean looks that Barrett was capable of hitting last year when he did so at above 40% from the field. If he can just resurrect that shot, many fears can be quelled once he propels the team as an effective three-point shooter.

It’s shown itself in spurts so far this season, as Barrett has put together some career-best games amidst this slump of his. Back on October 30th against the Pelicans when he put up a career-high 35 points, Barrett hit six of his eight three-pointers attempted. He followed this up with a five-for-eight performance from behind the arc in their next game against the Raptors. Aside from those, though, Barrett has yet to make more than three three-pointers in a game so far.

Even though Barrett’s averaging over one fewer field goal per game, this doesn’t mean he isn’t getting good looks inside the three-point line. 30.4% of Barrett’s shots so far this season have come at the rim, of which he’s made 59.8%. The issue comes in the midrange, where he’s only shot 25% on his attempts within 10 feet of the basket.

A point of contention for Barrett since his rookie year has been his ability to efficiently drive the lane to draw contact and get attempts at the free throw line, and those numbers speak to that struggle. He is currently averaging a career-low of 3.3 free throws per game. On such shots, Barrett often shies away from fully driving the lane unless he sees a clear opening. This results in errant shots being forced, like the below example against the Suns last weekend. A larger guard at 6’6” and 214 pounds, getting more contact in the paint to get to the foul line would likely garner him a few extra points per game.

While Barrett’s struggles have been apparent and costly to the Knicks in the early portion of this season, his shooting splits show that there is every reason he could turn this all around. His quagmire has mostly been the result of an enhanced three-point gameplan, and there have even been spurts early in this season where he has shot efficiently to prove that gameplan as a successful one for the new-look Knicks.

If Barrett can just find the shooting stroke that put him among the top-50 three-point shooters in the league last year, he has every opportunity to build upon his phenomenal sophomore season. It just boils down to how much more of this season Tom Thibodeau is willing to allow Barrett to figure it out before he begins to make additional lineup changes.

»READ: Where does Alec Burks fit in with the new-look Knicks