How Much Does RJ Barrett’s Three-Point Development Mean to His Personal Progress? 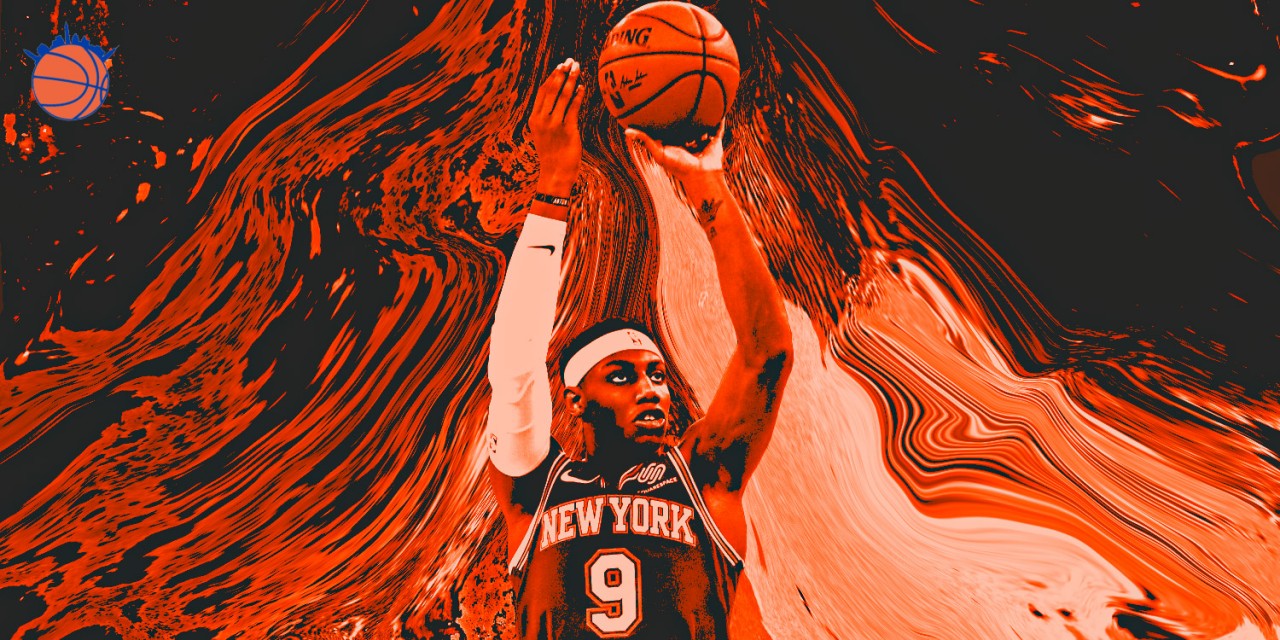 Knicks rookie swingman RJ Barrett is a shooting guard without a solid outside shot. How impactful will that be in the Canadian’s career?

R.J. Barrett’s rookie season officially ended when the New York Knicks announced that they would not participate in games played in another bubble for teams out of playoff contention. It was an unceremonious end to a promising first season, even if it was hamstrung by a coaching change and far too many spin moves by Julius Randle.

There were several times this season where Barrett looked like the best player on the floor, including once against his own best case scenario fewer than two weeks before the season was paused. On March 2nd, Barrett had 27-5-5 in a win against the Rockets; James Harden scored 34 points that night at the Garden but shot poorly from the field.

The Harden-Barrett comparisons came easy, since both are big lefty two guards. Barrett becoming a Harden-level talent, though, is unlikely—few players can operate as an offense unto themselves—but last year’s third overall pick would be wise to study the fellow southpaw’s development and spend the rest of the offseason practicing on his three-point shot.

The Knicks converted on the fewest amount of threes this season (631). If Barrett were surrounded by great shooters, the floor would open up and we’d instantly see improvements, even if his entire game stayed the same. However, that would require the Knicks to construct a roster that makes sense, so for now the best thing that Barrett can do is to create more room for himself.

Barrett shot 32% from deep on 3.5 attempts a game, but more telling was the fact that 93.7% of his made threes came off assists (per Basketball-Reference). He was not seeking out three-balls on his own, but if he started, then it was the first step to realizing his potential. Should defenses have to start guarding the Duke product beyond the arc off the dribble, then Barrett could also take better advantage of his skills as a passer, opening his ceiling as a playmaker.

In James Harden’s first season in Houston, the majority of his made threes were unassisted for the first time in his career, and recent seasons have seen the gulf widen. Only 15.1% of his made threes this season were assisted, for instance.

Harden is the most extreme case, in both skill and system, but expanding his range should be Barrett’s top priority. With both the lottery and draft months away, he and Mitchell Robinson are the team’s two centerpieces and—despite what the Instagram videos may have you think—Robinson isn’t shooting threes. A Barrett-Robinson pick-and-roll gets that much more dangerous if defenders then learn they can’t simply go under the screen.

Barrett received a mixed blessing when the Knicks drafted him. The franchise hasn’t developed their own star player since Patrick Ewing, but R.J. was their highest pick since the Hall of Fame center. He’s not Frank Ntillikina, which means they may actually want to help him develop. Years of losing culminated with last year’s third pick, barring some incredible lottery luck the team (hopefully) won’t pick that high again. Ewing was a star right out of the gate, winning Rookie of the Year in 1986. Barrett won’t win this year, but ideally that won’t cause the ‘Bockers to give up on him as they have with other young players.

Harden, also a former third-overall pick, joined a team already focused on two future All-Stars in Kevin Durant and Russell Westbrook. He wasn’t a franchise’s top priority until he was 23; yes that franchise is much smarter than the Knicks, but at least Barrett has a head start.

Will Barrett become a perennial MVP candidate? Sure hope so, but even if he doesn’t, he’s going to have to expand his range to reach his potential as a 2 guard. If he doesn’t, he may end up with a career more akin to DeMar DeRozan: still a great player, but unfortunately limited by a lack of three-point shooting.

Doesn’t a hypothetical Harden-Mitch pick-and-roll sound much better than a DeRozan-Mitch one? The reality is that in 2020, perimeter players have to shoot, and without one New York’s future has much lower ceiling. There’d be so many second-round playoff exits, which at this point sounds fantastic, but try aspiring for more.

In an ideal situation—completely surrounded by shooters—Barrett could thrive as a below-average three-point shooter. That’s where a big who could space the floor (*cough cough*) Porzingis (*cough*) would come in handy, but Mitch brings his own set of skills and despite neither he nor Barrett being a threat from deep.

Surround both of them with great shooters and they will have more room to operate, and that space may make Barrett more comfortable with his own shot.


You might as well wish for James Dolan to sell to Charles Oakley.

Knowing that, let’s hope Barrett doesn’t waste any time. He just turned 20, his potential is limitless, and hopefully his range will be too soon enough.