RJ Barrett Wants to Put Kristaps Porzingis on a Poster 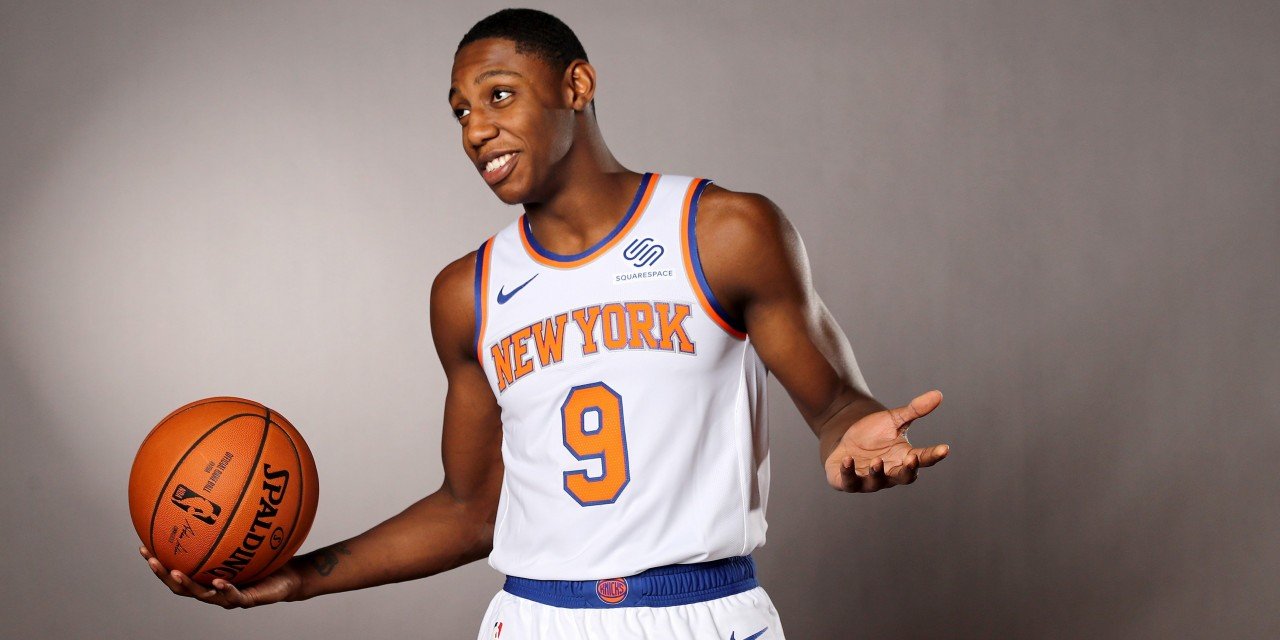 During an AMA with Bleacher Report, Barrett was asked who he wanted to posterize. Though he had someone else in mind, Barrett settled on an answer that will gladly be accepted by Knicks fans.

RJ Barrett, in a Bleacher Report AMA, is asked who he’d like to posterize right now: “I know who I really wanna say but I’m not gonna. Let’s go with Porzingis.” https://t.co/gzNtbPeGjA

Why did he decide to ignite a possible beef with the former franchise player and known shot blocker? Did he see the video of Porzingis getting scrapped outside of a club in Latvia, believing KP to be an easy mark? Is he flexing his political prowess, stating an answer he knows will get fans to adore him ever more? Also, who was the person Barrett really wanted to say?

We will never know the thought process behind his answer, or who is truly at the top of Barrett’s poster list. What we do know is if he can throw one down on Porzingis’ headtop, R.J. Barrett immediately ascends to the top of the greatest dunks in team history list, and becomes a legend.

In an alternate universe where Janis Porzingis, Kristaps’ brother and manager, doesn’t call the shots, Barrett and KP are two pieces to a deadly big three of young talent. That plan went awry as fate had other ideas.

Those other plans now include Barrett putting Porzingis on a poster on the world’s greatest stage. Circle November 8th on your calendars⁠—it could very well be a passing of the crown, or more appropriately, Barrett ripping the crown and claiming it for his own.